This book accompanies A Public Apology to Siksika Nation, a research project by AA Bronson towards Indigenous reconciliation, that was part of the Toronto Biennial of Art in 2019.

Bronson’s great-grandfather, the Rev. J. W. Tims, was the first Anglican missionary to arrive on the Siksika Nation. Part of the Blackfoot Confederacy, the Nation was one of five First Nations to sign the seventh treaty between the Crown and the First Nations in 1877, after the buffalo genocide endangered their way of life. In 1883, Tims arrived, and in 1895, he fled. Bronson’s research aims at uncovering the action of his great-grandfather—his rebellion against cultural genocide—and discussing the history of settler-colonial dispossession.

A Public Apology to Siksika Nation gathers Bronson’s “Apology,” historical documents, as well as an in-depth essay and a timeline by Ben Miller, the project researcher. A first edition of the book was published for the Toronto Biennial of Art, and distributed in conjunction with an installation of archive, and a response exhibit of works by Adrian Stimson, a Siksika artist whose great-grandfather, Old Sun, was one of the Siksika chiefs during Tims’ stay on the Nation. The second edition is printed in 250 copies, numbered and signed by AA Bronson. 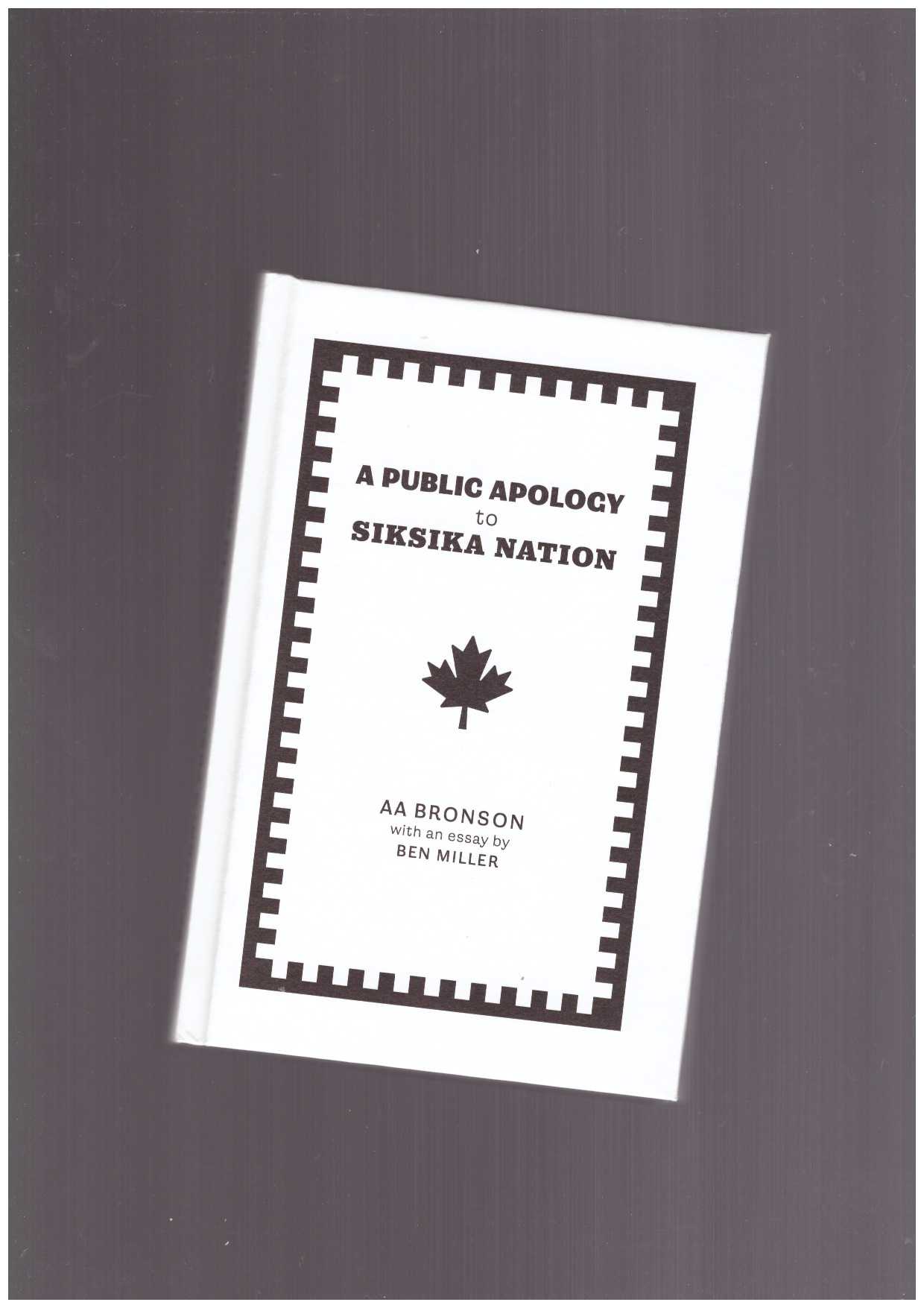