First published in 1971, A Documentary HerStory of Women Artists in Revolution documents the efforts of a group of women artists, filmmakers, writers, critics, and cultural workers organized around advancing women in the art world.

Women Artists in Revolution (W.A.R.) was founded as the women’s caucus of the Art Workers’ Coalition and was active from 1969 to 1971. This publication gathers manifestos, statements, and declarations by W.A.R. members; articles and reports about gendered and racialized discrimination in the arts; pro-abortion fliers and protest ephemera; and grant applications and reports detailing the founding of the Women’s Interart Center in spring 1970. Also included are documentation of key actions, including the 1970 Artists’ Strike against Racism, Sexism, Repression, and War; and correspondence with officials at the Whitney Museum of American Art, the Guggenheim Foundation, and the Museum of Modern Art calling for 50 percent gender equity in exhibition programming, increased grant and fellowship support for women, and structural representation at the management and curatorial level, among other demands.

A Documentary HerStory of Women Artists in Revolution was originally printed at the Women’s Media Center in 1971 by Women Artists in Revolution. A second edition, published in 1973 by Women’s Interart Center, features a preface and addendum with retrospective reflections on the history and activities of W.A.R. and the publication itself, two years after the group’s dissolution. It is this second edition that is reproduced here in facsimile form. 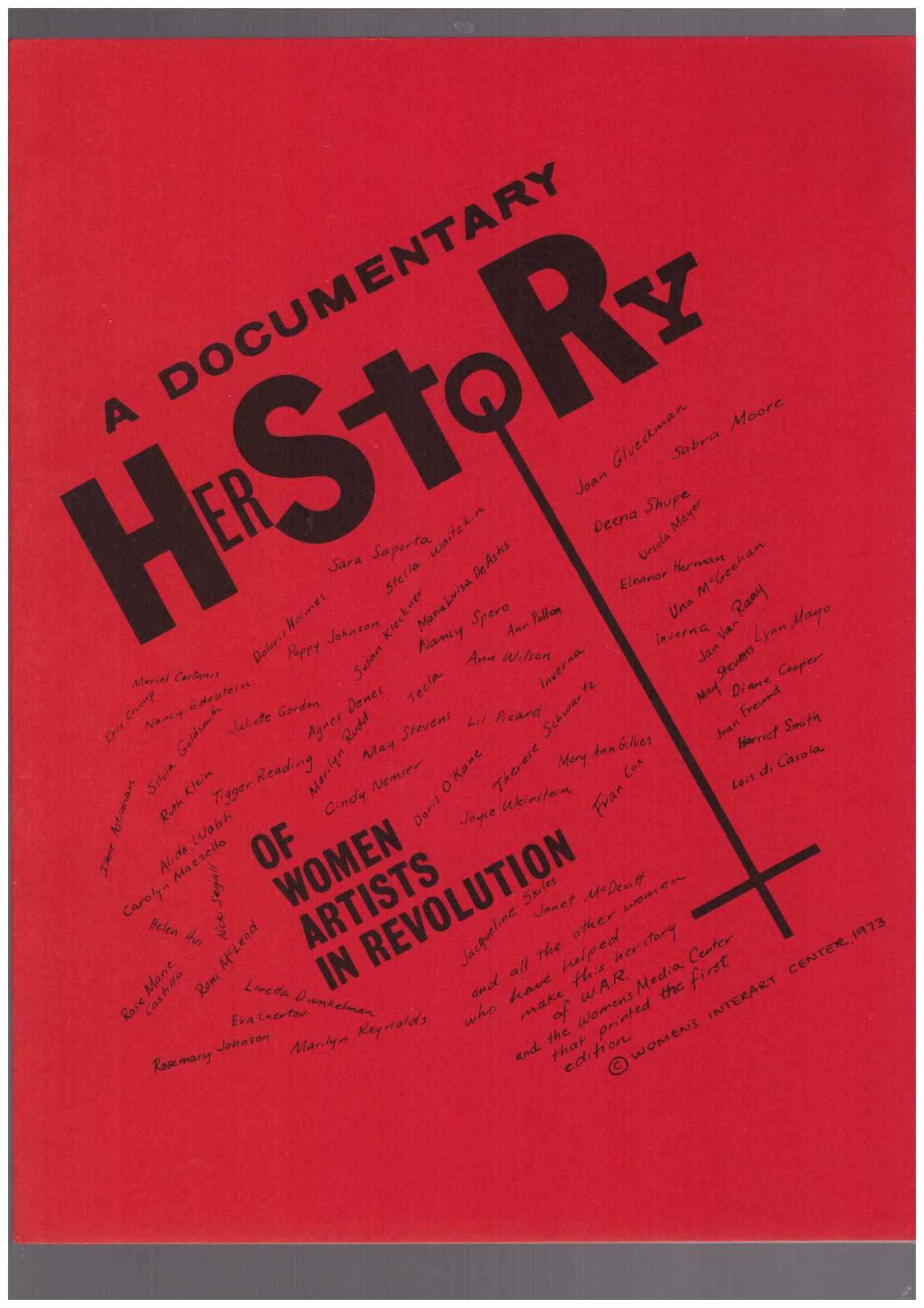