Street Talk is the record of a 2005 project by conceptual artist Stephen Willats in which he filmed unsuspecting passers-by walking down two streets in Amsterdam. The captioned film stills in Street Talkdocument both the endless streams of interactions that inform ‘daily life’ and the fleeting connections with friends or strangers that interrupt these streams. As Willats writes, ‘the act of walking together, side by side, is fundamental to acts of sociability; it introduces fluidity and transience in the coding of language in a relationship when perceived by an external observer.’ Between documentary observation and poetic essay, Street Talk provides an effective introduction to Willats’ recent work, where urban spaces are deconstructed in order to expose underlying ‘bandwidths’ of visual, textual and aural information. [publisher's note] 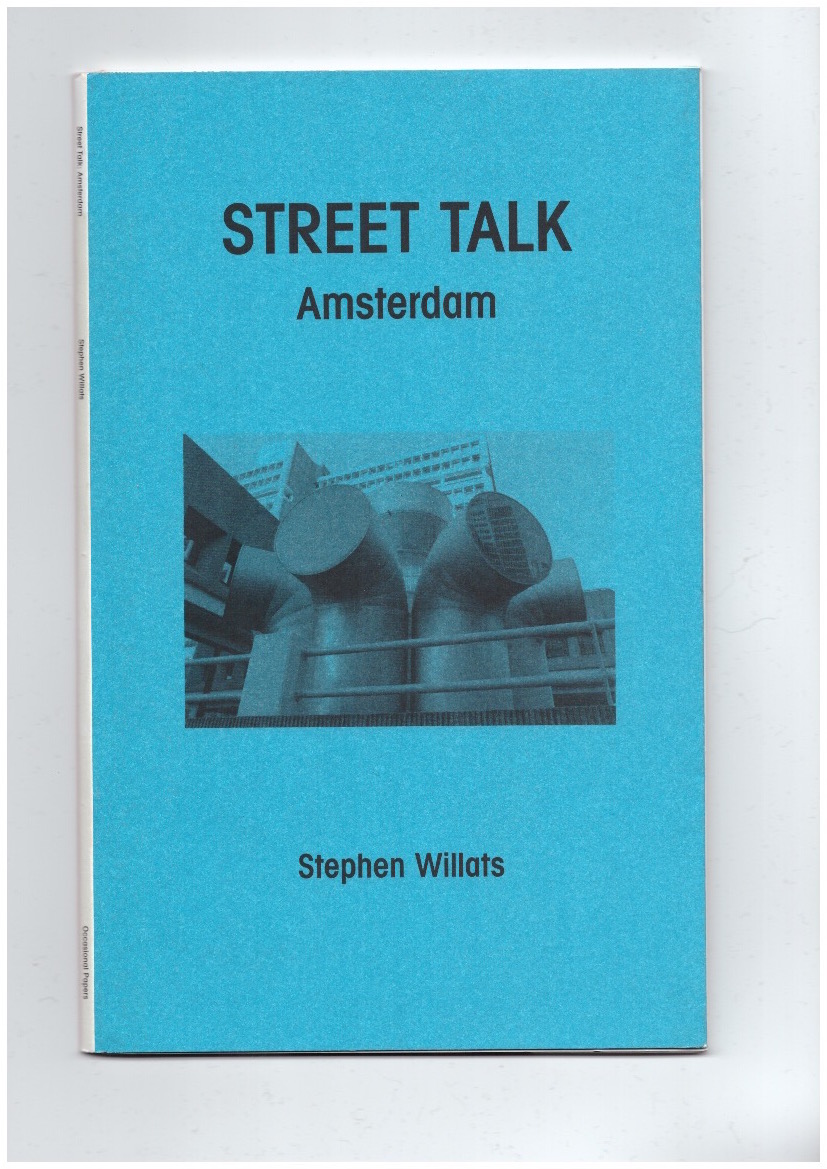