SADR HAGHIGHIAN, Natascha
How to spell the fight

“How will the future study group for liberation from autonomic computational governance look like?” That’s how Natascha Sadr Haghighian’s How to spell a fight starts. Telling the story of James R. Murphy, a math teacher in La Guardia, New York, who taught his students how to make string figures in order to acquaint them with abstract and systematical thinking, the book further engages in a subjective reflection on lines, plans, and patterning; it discusses how anthropologists looked at this practice of running a thread through one’s fingers, 2D vs. 3D, as well as Zach Blas’s film, Contra-Internet: Jubilee 2033. Sadr Haghighian thus proposes to reconsider current paradigms of knowledge, education, and power, in the light of collective agency—and also shares some string figures exercices.

This is the fifth book in the Kayfa ta series, a publishing initiative of Maha Maamoun and Ala Younis. Each book in the series is a monographic essay commissioned in the style of how-to manuals that situation themselves in the space between the technical and the reflective, the everyday and the speculative, the instructional and the intuitive, and the factual and the fictional. 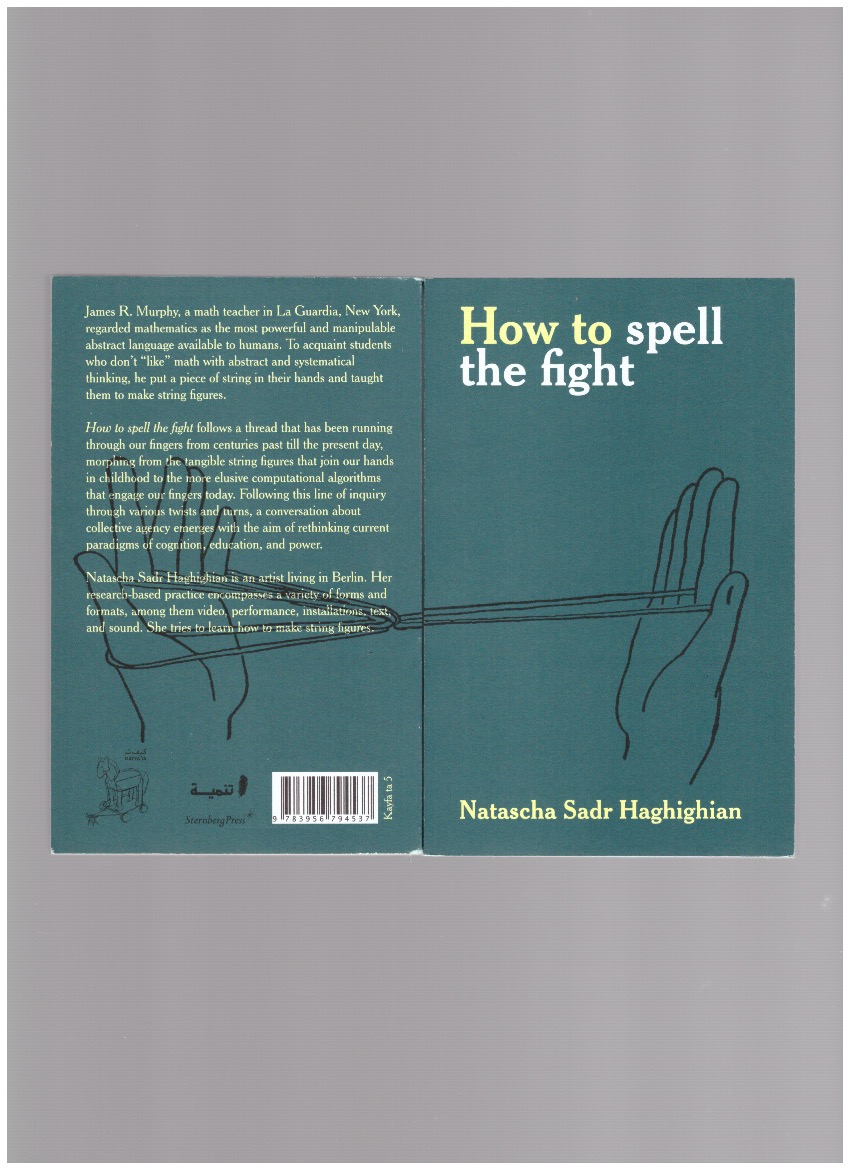