This artist book brings together the original liner notes and photocopied versions of each cover from the 1970s record series environments. Eleven environments were released over eleven years, starting with the ocean surf in 1969 and ending with a blizzard in 1979. This was the first record series to successfully market ambient sound recordings to a broad audience in the United States, with the purpose of being used as a mood enhancer and stress reliever. It also features a first-person account by the series' creator Irv Teibel written in 1984, and an in-depth essay by artist and publisher Nuno da Luz on the origins and context of this record series, on why Teibel affirmed “the music of the future isn't music”, and his links to Tony Conrad and the New York avant-garde of the time. Each record is presented in a fold-out with the artwork in the front and album track notes in the verso. Printed monochrome blue in Risograph on acid-free paper by we-make.it, in Berlin. Folded, punched and bound by hand using metal prong fasteners. Limited to 200 copies stamped and numbered. [publisher's note] 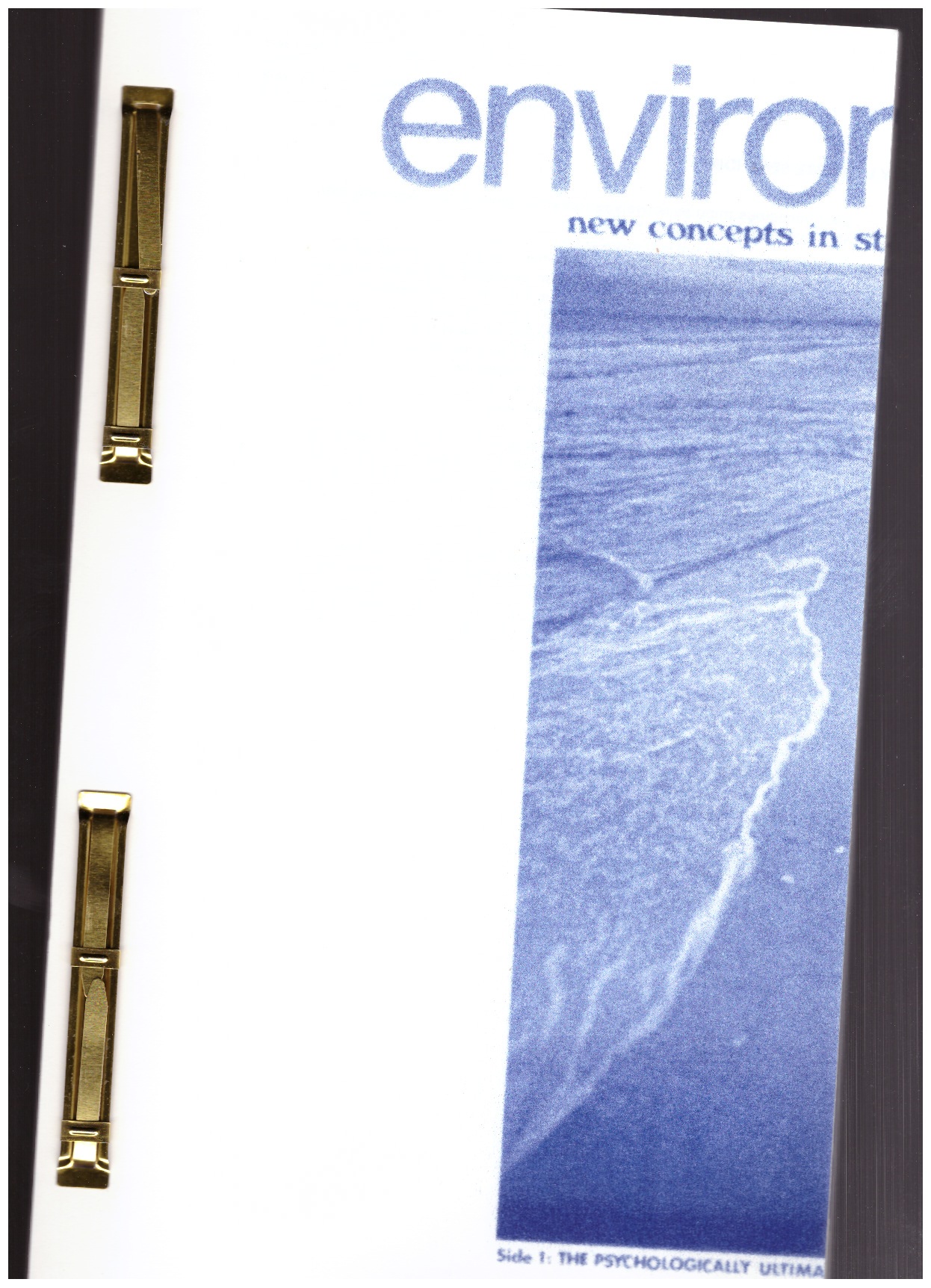