What is the function of art in the era of digital globalization?
How can one think of art institutions in an age defined by planetary civil war, growing inequality, and proprietary digital technology? The boundaries of such institutions have grown fuzzy. They extend from a region where the audience is pumped for tweets to a future of “neurocurating,” in which paintings surveil their audience via facial recognition and eye tracking to assess their popularity and to scan for suspicious activity.

In Duty Free Art, filmmaker and writer Hito Steyerl wonders how we can appreciate, or even make art, in the present age.

What can we do when arms manufacturers sponsor museums, and some of the world’s most valuable artworks are used as currency in a global futures market detached from productive work? Can we distinguish between information, fake news, and the digital white noise that bombards our everyday lives? Exploring subjects as diverse as video games, WikiLeaks files, the proliferation of freeports, and political actions, she exposes the paradoxes within globalization, political economies, visual culture, and the status of art production. 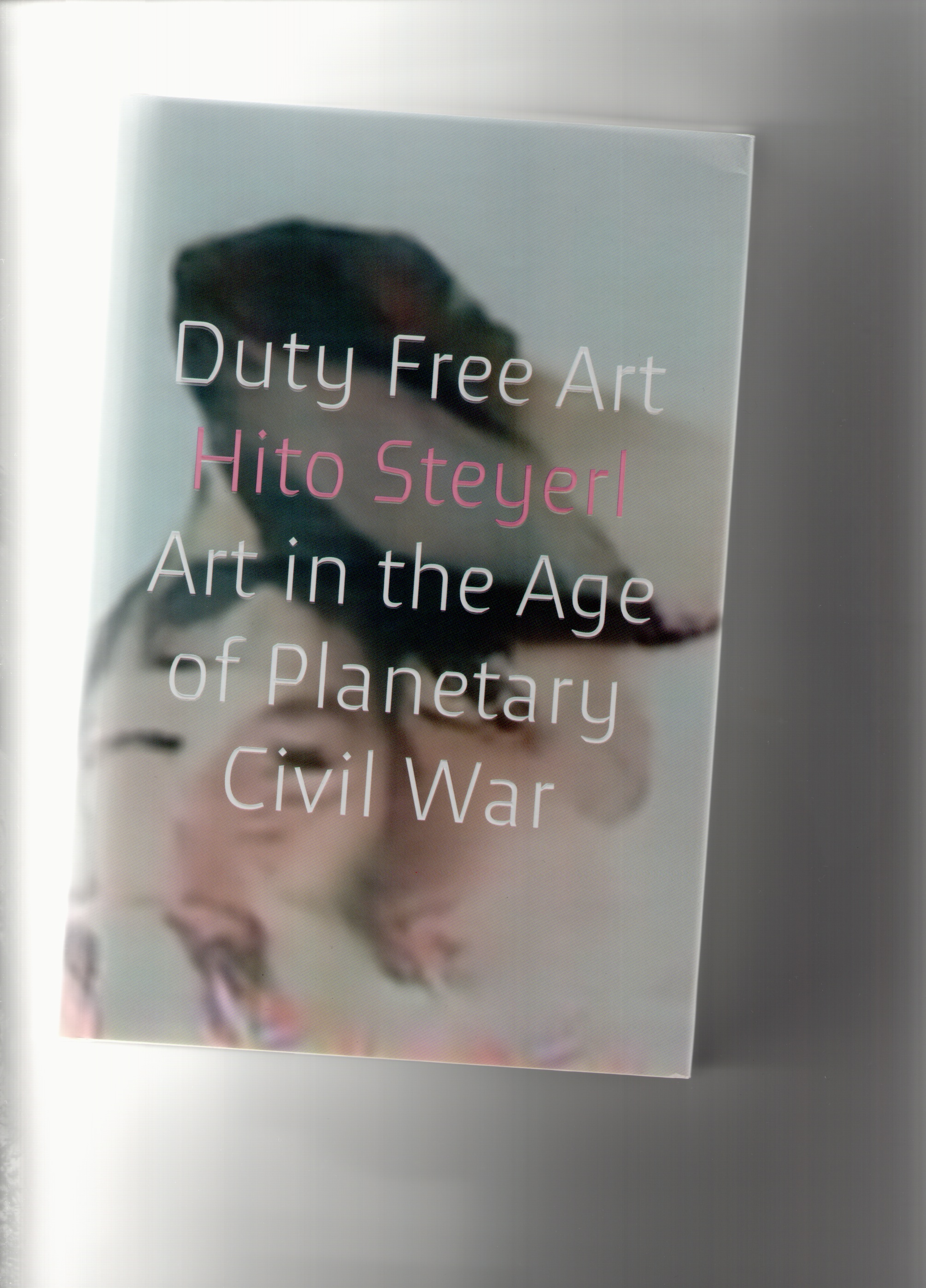