"Near Camp Cataract, down the way from Port Salut, whether cheese or navvy zone, Wayne Koestenbaum’s Camp Marmalade sits, lemony, curiously positioned, between epic alps and salty, notebook sound, i.e., tidbit commedia. Open to all comers, the camp is helmed by counselors (Duncan Smith, Friederike Mayröcker, and Lionel Hampton among them) who lead adventurers in a smorgasbord of activities, from “incest stardom fantasy” to “semantic depilation,” from “dung oeuvre[s]” to directing “sunlight on slut emporia.” After lewd s’mores, instead of “Taps” the assembled sing “La Juive ‘Boléro’” and call it a night—it’s that kind of place. The “sieve of I am” has never produced a tenderer flower."—Bruce Hainley

Part two of an autobiographical trance trilogy. Part one here. 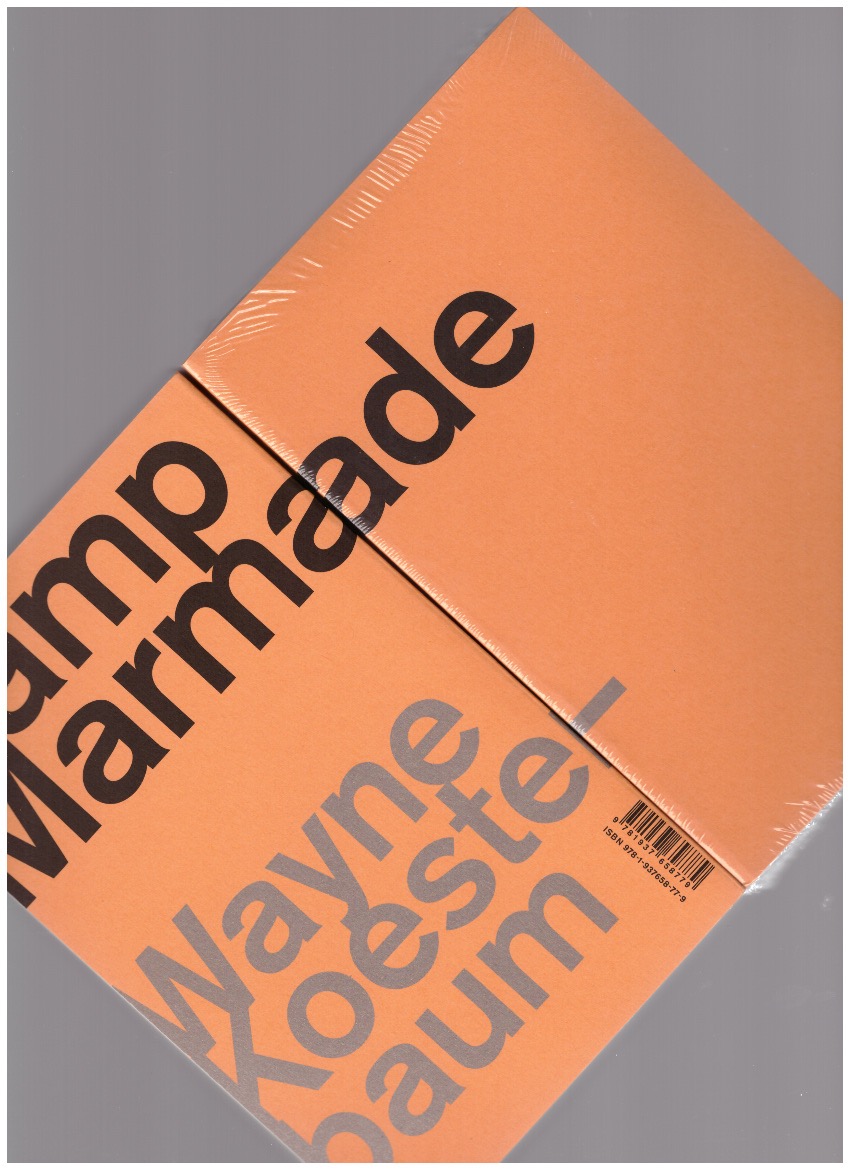