NDIKUNG, Bonaventure Soh Bejeng
AB pamphlet 1 – Those Who Are Dead Are Not Ever Gone

The institution of the ethnological museum or world museum seems to be in the midst of a serious crisis of choking. The delicacies that most of these museums have acquired, which is to say co-opted, which is to say ingested, seem to have collectively missed the track to the oesophagus and got stuck in the respiratory tract. They have been stuck there for as long as the history of mass collections, acquisitions and looting, for as long as the ruthless and ongoing extraction of cultural property has occurred in the former colonies outside of Europe. [publisher's note]

Those Who Are Dead Are Not Ever Gone is a twelve-act essay on the maintenance of supremacy, the ethnological Museum and the intricacies of the Humboldt Forum, first published in South as a State of Mind, in 2018. 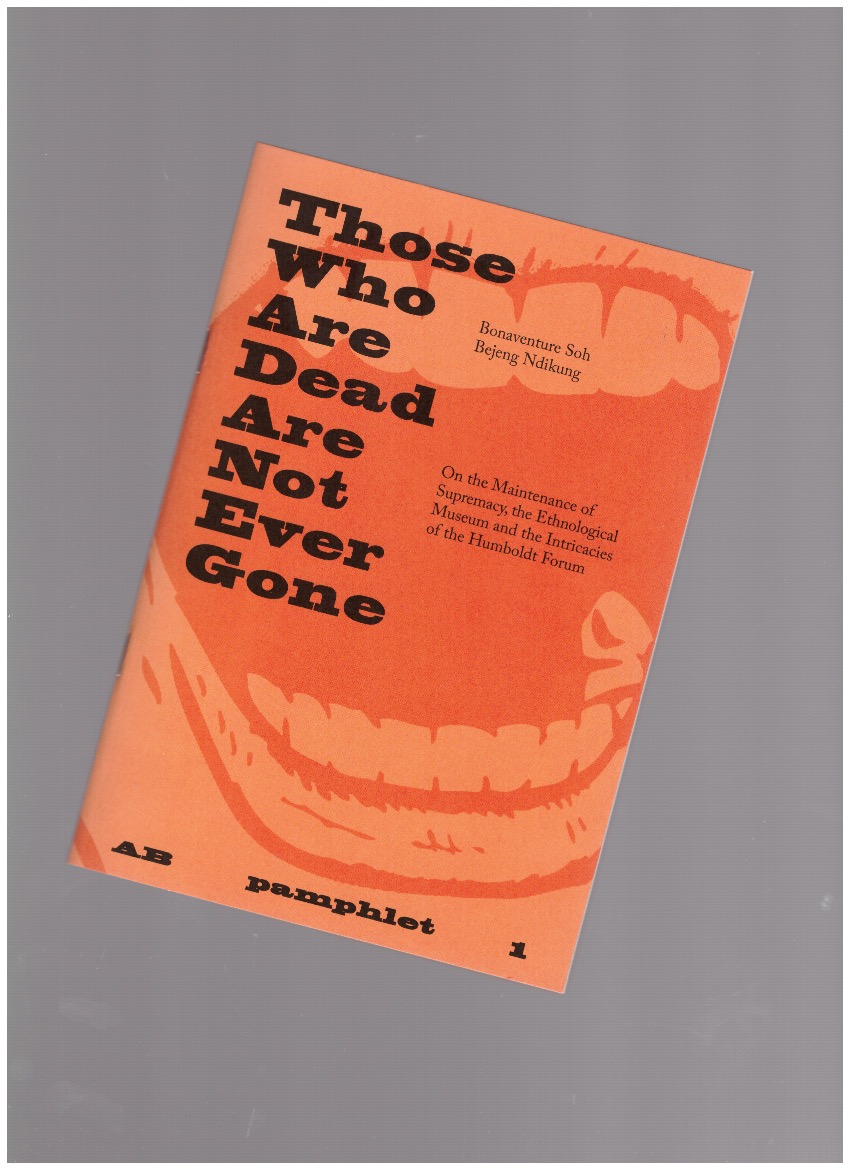