REGNAULT, Chantal
Voguing and the Ballroom Scene of New York 1989-92

Voguing came dut of the extraordinary house ballroom scene that emerged in Harlem, New Yark in the 1980s in which African-American and Latino gay and transgender communities competed against one another for their dancing skills, the verisimilitude of their drag and their ability to walk down the runway like a model. Voguing erupted into the mainstream in 1990 when Madonna's song Vogue became number one in over 30 countries.

The year before ex-Sex Pistols’ svengali Malcolm McClaren first brought voguing into the cultural milieu with his song Deep in Vogue, which featured the dancer Willi Ninja. In 1990 Jennie Livingstone's film Paris is Buming documented the house ballroom scene in its ascendant, the filma runaway success grossing over $4,000,000. As voguing entered into the mainstream the house ballrooms of Harlem came downtown, mixing with the fashion crowd of Manhattan, before the onslaught of the Aids epidemic ravaged the ballroom community.

These wild years of voguing and the house ballroom scene are vividly captured at its height in hundreds of amazing, previously unpublished photographs. A visual riot of fashion, gender, polysexuality and subversive style, Voguing and the House Ballroom Scene of New York 1989-92 is also a fascinating document on sexuality and race. Photographer Chantal Regnault captured the scene at its height. The legendary houses: House of LaBeija, House of Xtravaganza, House of Pendavis, House of Dupree; and their legendary “mothers”: Peppa LaBeija, Avis Pendavis, Angie Xtravaganza, Dorian Corey and Paris Dupree.

Twenty years afterwards Regnault revisited the ballroom community to interview veterans of a scene that continues to evolve, mutate and redefine itself in the 21st century. [publisher's note] 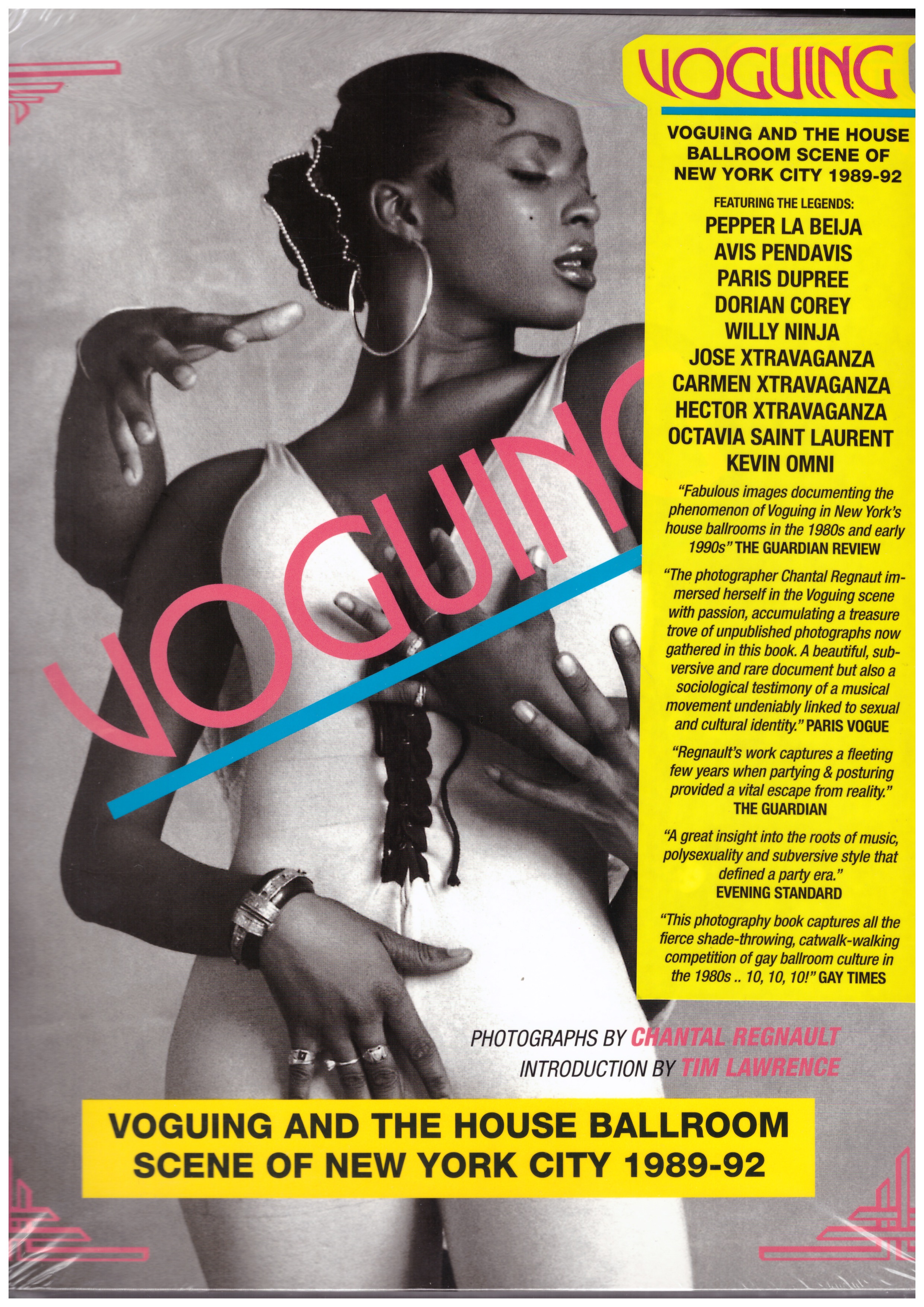