Visitors to the SOFTWARE exhibition are invited to participate in the transposition of information from one location to another by following the procedure described below:

1. Write or print on this paper an authentic personal secret that you have never revealed before: of course, do not sign it.

2. Slip the paper into the slot of the box provided at this location. Complete the exchange of your secret for that of another person by requesting a photo-copy of one previously submitted.

(To insure your anonymity incoming secrets will remain within the box for 24 hours before being removed to be photo-copied and joining the “library” of secrets for future exchange.)

– Forms on which the above directions were printed were made available to all visitors at the exhibition SOFTWARE (Jewish Museum, NYC, September 16- November 8, 1970). Nearly 1,800 “secrets” were submitted for exchange and have been transcribed exactly as written except that surnames have been edited: all are printed in this book and join with this statement as final form of this piece. 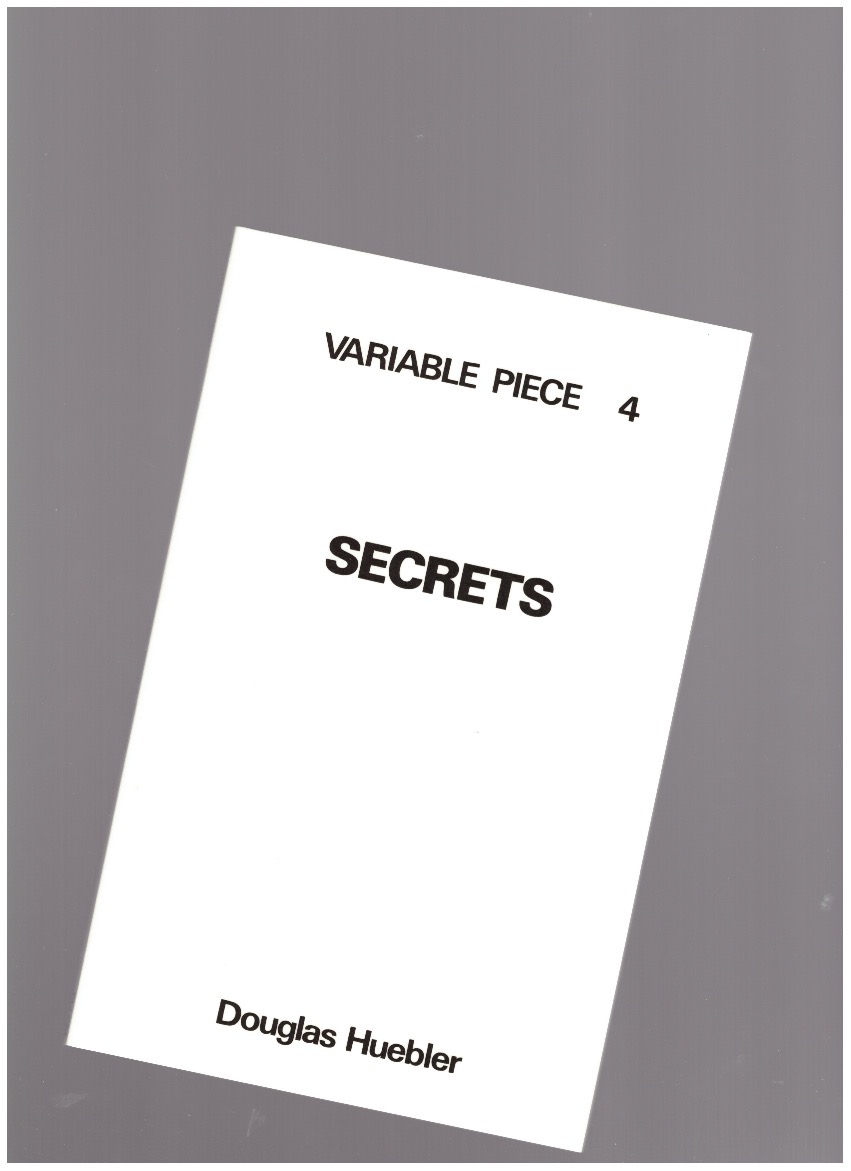