Nicholas Tammens: Two Slideshows as a part of Ian Burn et al.
A research query focusing on the legacy of Australian artist Ian Burn (1939-1993), and the work of his network of peers.

Today we will be showing two slideshows: A reconstruction of Walt Disney: An Ideological Critique by Media Action Group (Ian Burn, Nigel Lendon, Terry Smith, Michael Dolk, Kieren Finnane, Mary Kinney, Ian Milliss, and Anne Sutherland ); and it’s precursor We Are Not Happy Robots by On Our Own Time (Bruce Kaiper). It is now a long time since these works have been presented publicly, and it is likely that they were never screened in Europe.
We Are Not Happy Robots was made by Bruce Kaiper in 1976 and screened to various audiences of workers and activists in the Bay Area of California. Ian Burn corresponded with Kaiper at the time, and brought with him copies of this slideshow when he went back to Australia.
Media Action Group produced slide-essays on socio-political topics, made especially for presentation to Australian trade unions, community activist groups, and students.
Walt Disney: An Ideological Critique revises the argument of Ariel Dorfman and Armand Mattelart’s book of counter-imperialism How to Read Donald Duck (published in English by Seth Siegelaub) for an Australian context. 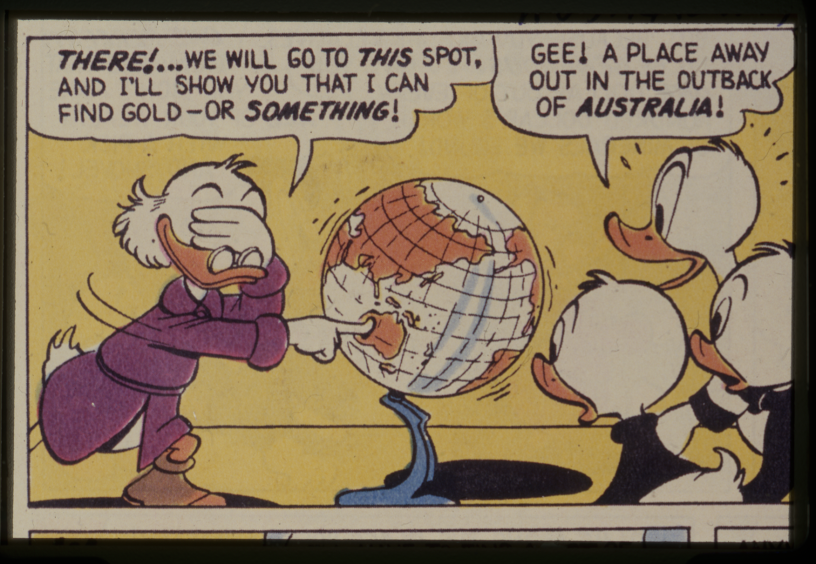