The catalogue offers a systematic and chronological overview of Koether's multifaceted oeuvre. It goes back to her beginnings in the context of Neo-Expressionism in Cologne in the early and mid-1980s, and her subsequent exploration of the colour red as an expressive device - presenting a response to the cliché of male painters. After moving to New York in the early 1990s, Koether began making breathtakingly intense and colourful large-scale paintings that layer motifs from pop culture, literature and art history in dense painterly gestures. In the early 2000s, Koether's approach became increasingly involved with performance and music, culminating in inky black canvases and assemblage paintings incorporating devotional objects from punk and noise culture. The final chapter is dedicated to Koether's eccentric turn to history painting and her latest appropriations from art history's visual memory. Tour de Madame is the first in-depth survey show dedicated to her work, and will present the astonishing and spectacular scope of her paintings to the public for the very first time. [publisher's note] 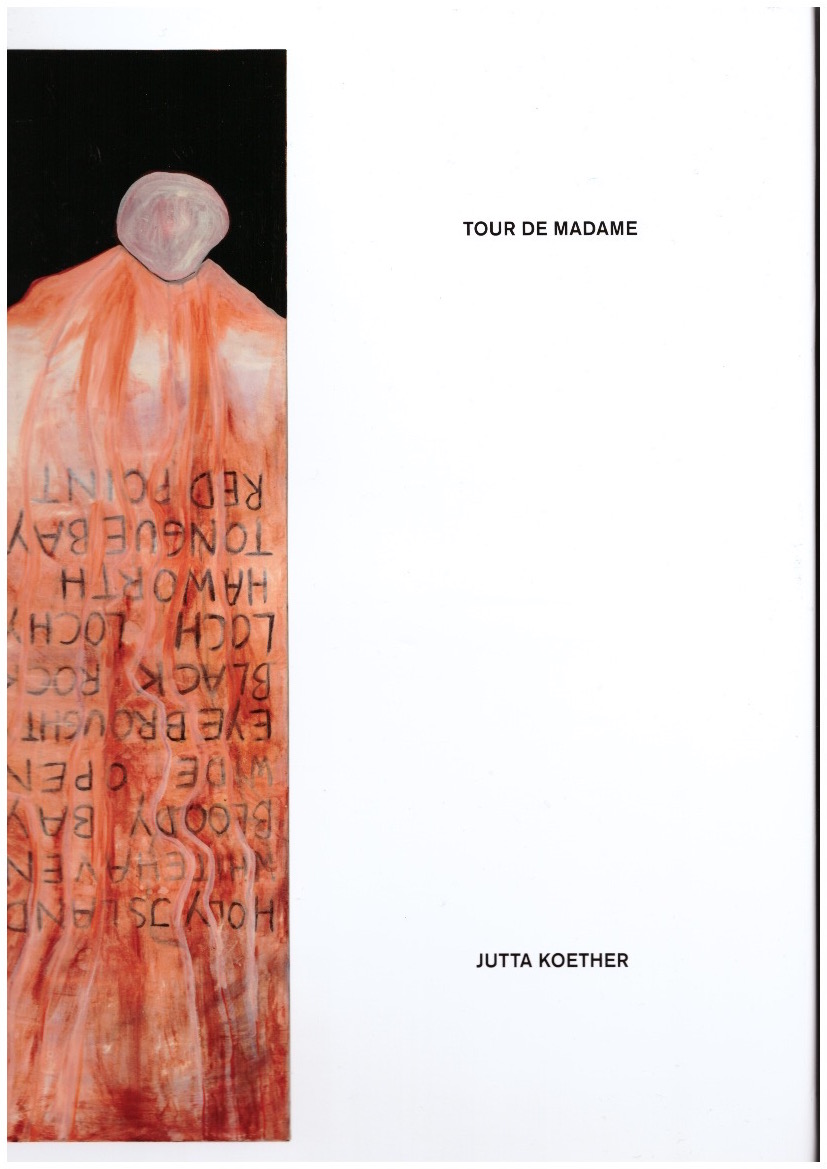