Three Essays may be the first book ever published that offers a panoramic account of spirituality without reference to religion or comic-book supernaturalism. Of course, that means redefining spirituality. The redefinition has to have a foundation (“ontology”), and that is supplied by personalysis, a discipline I have spelled out on record. No. spirituality is not an “it”: it is a heterogeneous family of mutually supportive modalities. But there is a further differentiation. There is affirmative spirituality and there is ruinous spirituality.

Three Essays focuses on affirmative spirituality, but I hold that ruinous spirituality also needs to be closely studied; it discloses personness as much as affirmative spirituality does.
Modern authors on art have been unable to write about emotion and spirituality in art (unless they are satisfied to offer kitsch about associations which a work is supposed to elicit in some audiences). I begin with Bharata-Muni as a precedent, with a nod to Aristotle’s Poetics. Again, the foundation is personalysis: it entitles us not to be mechanistic, to speak of the (human) affections. art is a generic label for the arts. In Three Essays I am laying an analytical groundwork for the topic, and speak of sensitization to artistic languages. Instances range from those cited for their splendor, to the dubiously revered, to famous targets of disapproval, to commercial successes. [Henry Flynt] 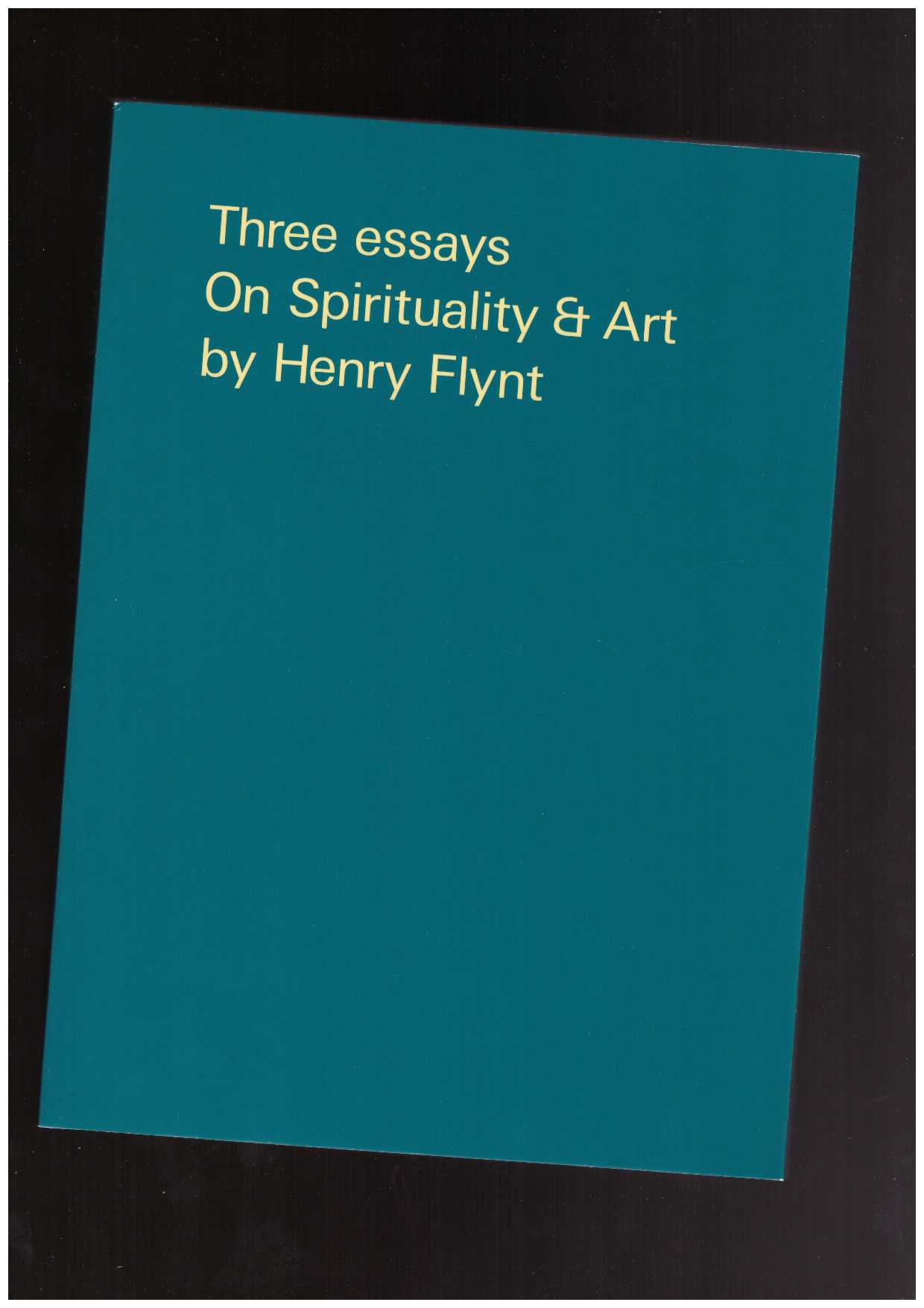