Join us for the lauch of the third volume of The Psychopathologies of Cognitive Capitalism, Warren Neidich's long-standing research-conference-symposium-publication enterprise. Focusing on some of the most alarming shifts undergoing living and labour conditions under late capitalism, the project has over time assembled a growing number of guests in an attempt to identify how the mind and brain is responding to these deep, technology driven transformations, and eventually suggests some survival/resistance counter-moves.

Since its inception in 2012, The Psychopathologies of Cognitive Capitalism has seen gathering together a large array of artists, critics, philosophers, media theorists by the likes of Franco "Bifo" Berardi, Ina Blom, Jodi Dean, Mark Fisher, Liam Gillick, Maurizio Lazzarato, Luciana Parisi, Marina Vishmidt (just to name a few), whose texts and contributions have been collected in the three red volumes published so far by Archive Books in Berlin.

With the recent advances in neural technologies such as brain computer interfaces, cortical implants as well as neural consumerism the brains material essence has come to be commoditized. Neidich states that Marxism is no longer about political economy but about neuroscience, and he uses the vocabulary of post-workerism and cognitive neuroscience to make this point.

In the typical late-afternoon/early night at the bookstore set-up, Warren will be presenting the work and reading extracts from The Psychopathologies of Cognitive Capitalism: Part Three, resulting from deliberations that took place during two consecutive symposiums. For the first, Warren Neidich teamed up with Mark Fisher at the Goldsmiths College Department of Visual Culture. The second entitled Noise and the Possibility of a Future was hosted by the Goethe-Institute Los Angeles. 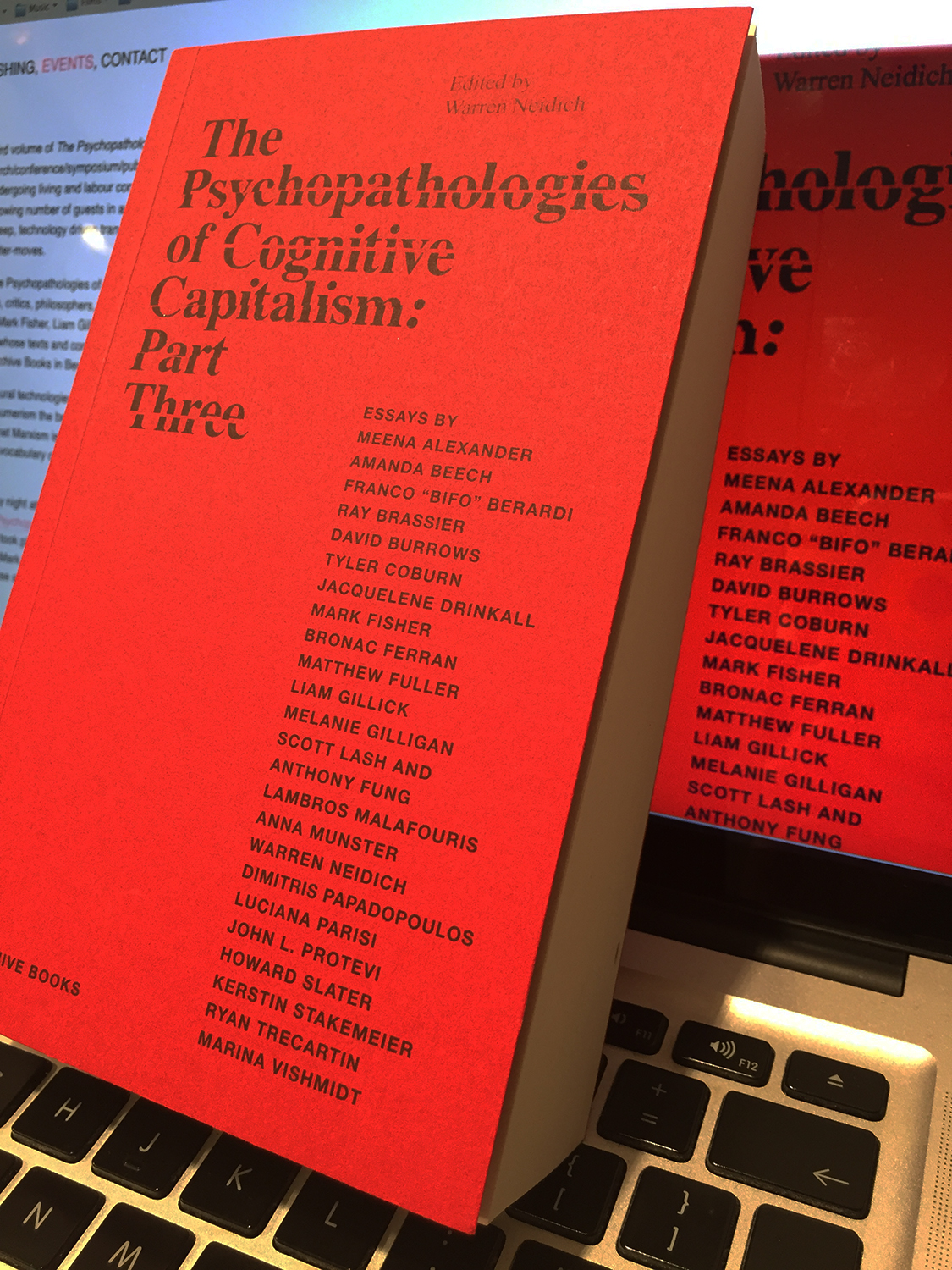