Who are the men? The Men are a riddle. What do they want? Their troubles become lyric. The Men explores a territory between the poet and a lyric lineage among men. Following a tradition that includes Petrarch’s Sonnets, Cavalcanti, Dante’s works on the vernacular, Montaigne, and even Kant, Robertson is compelled towards the construction of the textual subjectivity these authors convey—a subjectivity that honours all the ambivalence, doubt, and tenderness of the human. Yet she remains angered by the structure of gender that these works advance. It is this troubled texture of identification that she examines in The Men. How does a woman of the present century see herself, in men’s lyric texts of the renaissance, in the tradition of the philosophy of the male subject, as well as in the men that surround her, obfuscating, dear, idiotic and gorgeous as they often seem? What if “she” wrote “his” poems? At once intimate and oblique, humorous and heartbreaking, composed and furious, The Men seeks to defamiliarize both who and what men are.[publisher's note] 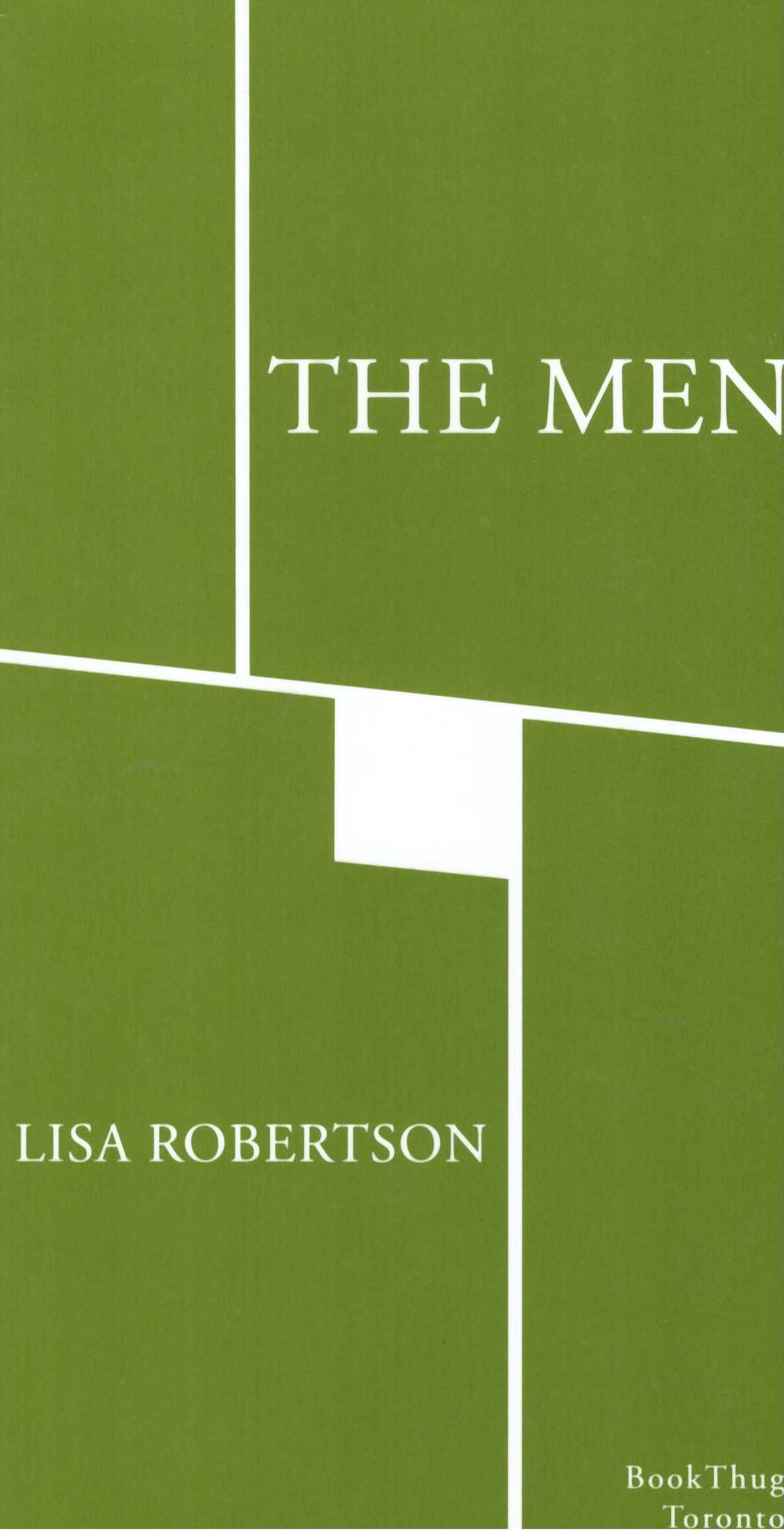