Thomas Eggerer and Jochen Klein initially started their collaboration by co-authoring texts for the catalog of Die Utopie des Designs, a show at the Kunstverein Munich, Germany, curated by Helmut Draxler in 1994. They continued writing together, resulting in the essay “The English Garden in Munich.”

This text would provide a context for a collaborational artwork that was executed around the same time: In the spring of 1994 Thomas Eggerer and Jochen Klein placed a message board on the outside wall of a public toilet, in proximity to the English Garden. The work Leave a message—respectively the documentation of the installation—was part of the show Oh Boy, It’s A Girl (19 July – 11 September 1994) at the Kunstverein Munich curated by Astrid Wege and Hedwig Saxenhuber. The message board was conceived as a communication tool between gay men to get in touch with each other in a public space.

The essay describes the development of French garden architecture, its transition into English garden architecture and the body culture related to it. The text is divided in seven chapters, as well as a prologue and concludes with pointing out the contemporary use of the park as a gay cruising area. [publisher's note] 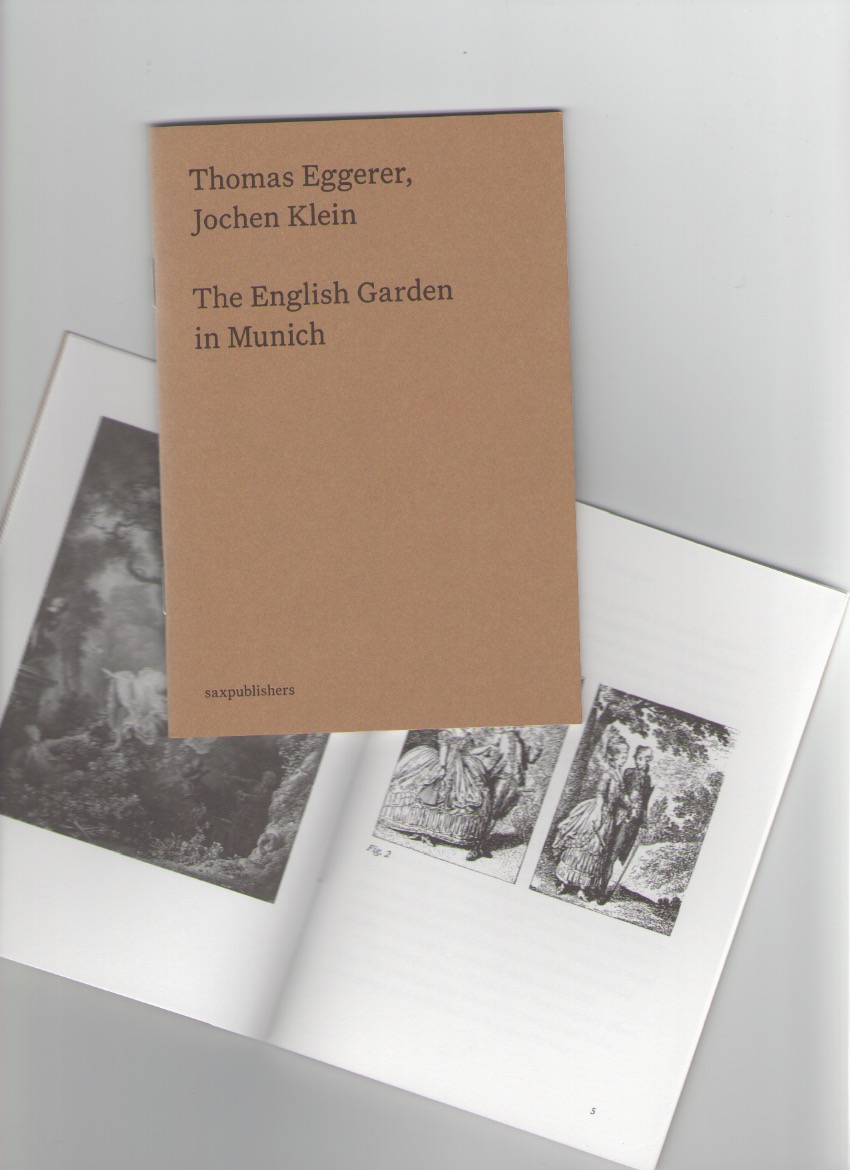