NAJAFI, Sina; KRISHNAMURTHY, Prem
The Death of the Artist

The seventh publication in Cabinet’s 24-Hour Book series, in which distinguished authors and artists are incarcerated in the Cabinet gallery space to complete a project from start to finish within 24 hours, The Death of the Artist breaks from prior volumes to stage an experiment involving six different contributors working simultaneously on a single book. Gathered at Cabinet’s Berlin event space, the six artists and writers were each asked to consider their own finitude, figurative or literal.

The volume includes Sam Durant’s meditation on the death of an artwork as a political idea; Tom McCarthy’s forensic postulations about death and geometry; Eva Stenram’s modified found photographs that suggest violence-to-come; Omer Fast’s script in which a woman on an Austrian ski slope becomes the reluctant audience for a retelling of a Yiddish folk tale; Susan Ploetz’s outline for a Live Action Role Play (LARP) in which players can learn the art of dying; and Till Gathmann’s aleatory game whose outcome can invoke death. 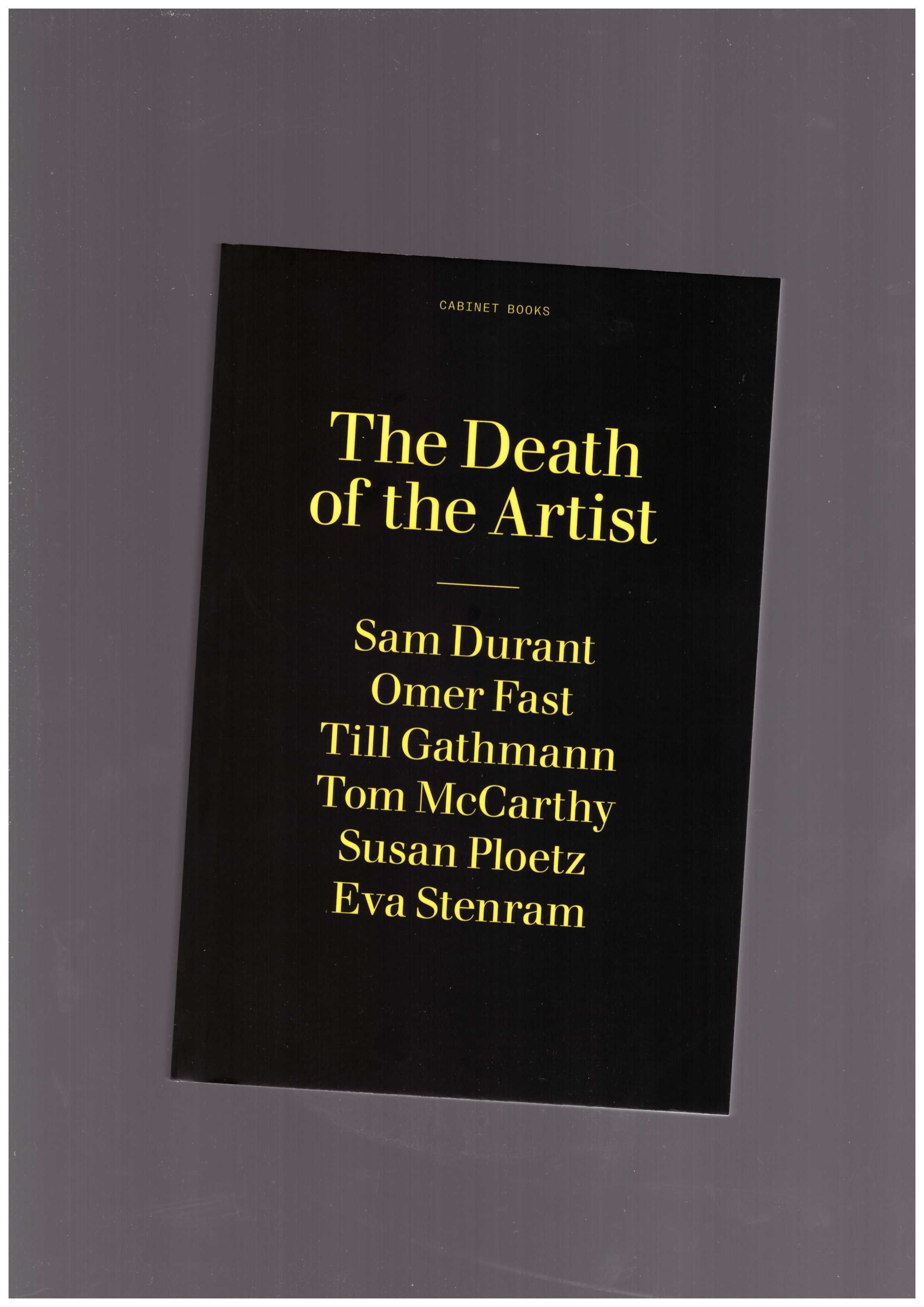