The core of the exhibition consists of works gifted by the artist to the Lithuanian National Museum of Art and a collection of 8,000 digital images, which is supplemented by Kasuba’s works on paper held at the Archives of American Art of the Smithsonian Institution (USA) as well as documents and objects that belonged to the Zubov counts and the Fledžinskas family from the holdings of Šiauliai Aušros Museum. Two works created specifically for this exhibition are also displayed: a slide projection by Vytenis Jankūnas documenting the artist’s works in public spaces in the United States of America and a computer game based on Kasuba’s book Utility for the Soul(1970-1975) developed by Weekend Warriors Studio.

Due to a confluence of historical circumstances, in her art Kasuba blended the ethical and cultural traditions of Lithuanian manor owners of the late nineteenth century and the first independent Republic of Lithuania (1918-1940) with New York’s democratically rebellious energy of the second half of the twentieth century, open to innovation and experiments.

Constructed chronologically, the exhibition presents and juxtaposes Kasuba’s applied, experimental, and hybrid art, her design and architecture practices, and her theoretical insights-her consistently developed vision of sustainable architecture as a social instrument, shelters without right angles. To emphasize the tenacity and universality of these aims, the title of Kasuba’s first solo exhibition Shaping the Future, which took place at the Esther M. Klein Gallery of the University City Science Center in Philadelphia in 1989, has been adapted as the title of the current exhibition. The artist is presented by the name of Kasuba, which she used while living in the USA and by which she is known on the international art scene. [publisher’s note] 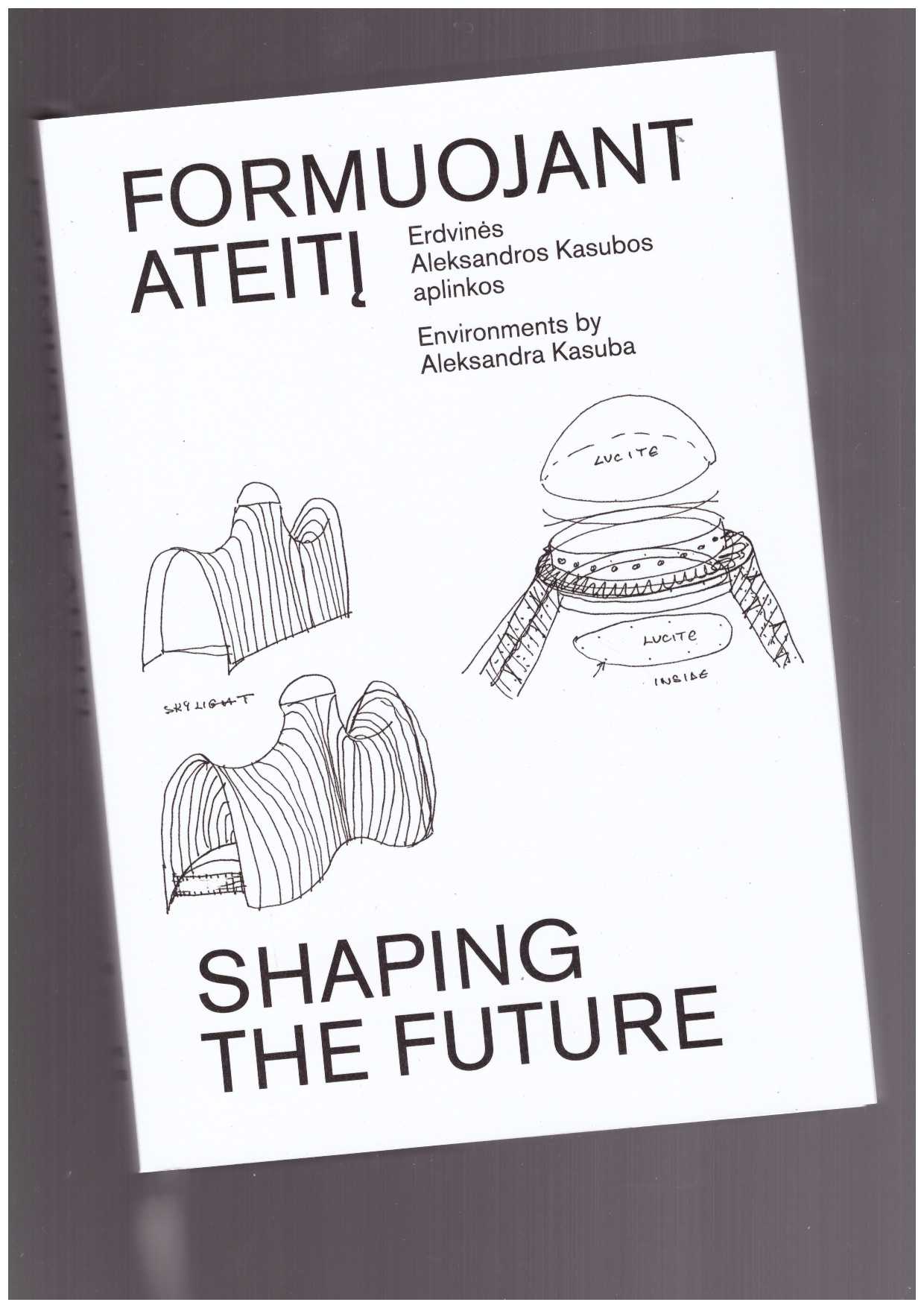