Shanzhai is a Chinese neologism that means “fake,” originally coined to describe knock-off cell phones marketed under such names as Nokir and Samsing. These cell phones were not crude forgeries but multifunctional, stylish, and as good as or better than the originals. Shanzhai has since spread into other parts of Chinese life, with shanzhai books, shanzhai politicians, shanzhai stars. There is a shanzhai Harry Potter: Harry Potter and the Porcelain Doll, in which Harry takes on his nemesis Yandomort. In the West, this would be seen as piracy, or even desecration, but in Chinese culture, originals are continually transformed—deconstructed. In this book, Byung-Chul Han traces the thread of deconstruction, or “decreation,” in Chinese thought, from ancient masterpieces that invite inscription and transcription to Maoism—“a kind a shanzhai Marxism,” Han writes. [publisher’s note]

Part of the Untimely Meditations series. 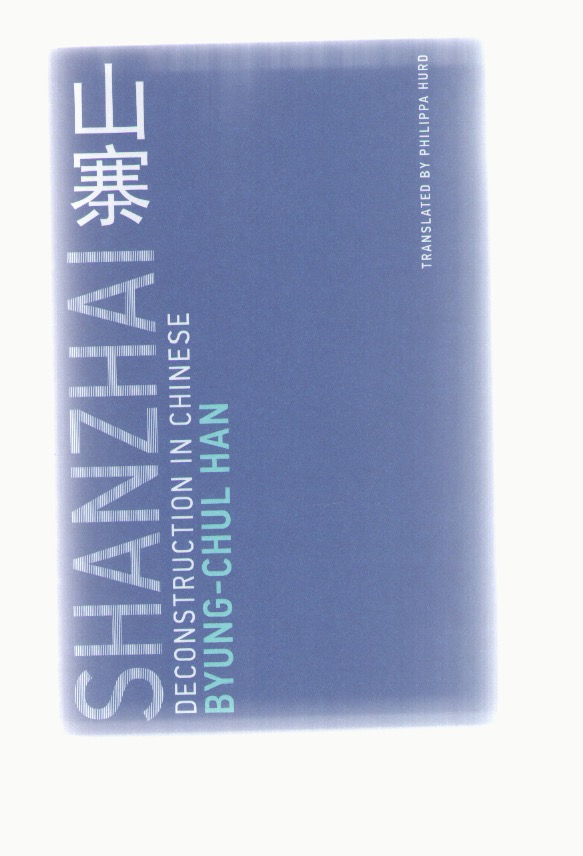