Compiled for the first time here, the critic, artist, gallerist, dealer, translator, John Kelsey’s selected essays gamesomely convey some of the most poignant challenges in the art world and in the many social roles it creates. “When the critic chooses to become a smuggler, a hack, a cook, or an artist,” Kelsey said at a 2007 conference at the Städelschule in Frankfurt am Main, “it’s maybe because criticism as such remains tied to an outmoded social relation.” It is precisely this relation that Kelsey intends to not only critique but also to surpass. In this way, Kelsey’s Rich Texts play the double role of explaining the art world and actively participating in it; they close the distance between the work of art and how we talk about it. [publisher’s note.] 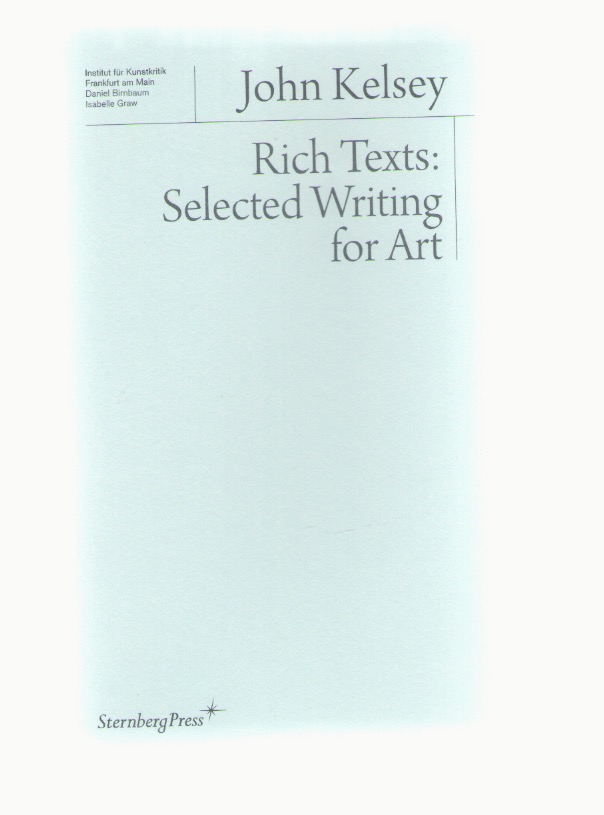