KATZ LYDÉN, Karl
Poems and Parables on the Political Utility of Art

Poems and Parables on the Political Utility of Art is a small book. It looks like poetry, but it is better described as a kind of criticism. Taking up some recent disqualifications of art's political potential, it refutes them in a threefold movement: against the notion of commodification of works of art; against the act of denouncing art as always-already reified from the safe position of a pure, untouched theory; against the notions that art must either reveal our alienation, or produce immediate effects on the social sphere. Outlining art's transformative possibilities in the figure of a certain labor, the argument is shaped among fables of donkeys, zebras from Gaza, apes from Adorno, and a particular barricade from the Paris Commune. [publisher's npte] 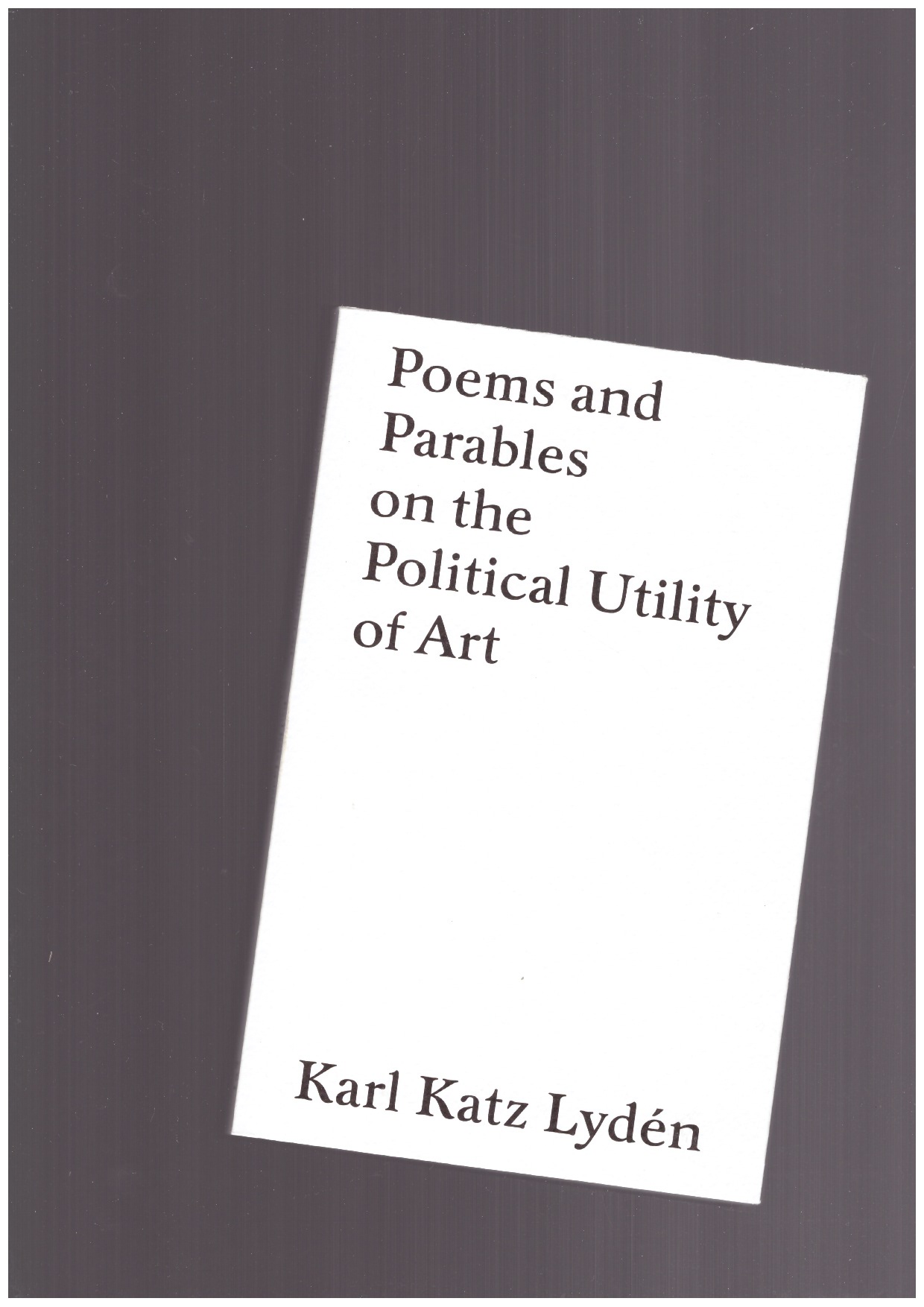