This catalogue was released in conjounction with the exhibition. Photocopier. A Survey of Prints and Books (1974-83) explores the initial phase of the cross-disciplinary practice of Pati Hill (1921–2014). Untrained as an artist, Hill was a published novelist and poet before she started to experiment with the copier as an artist’s tool. She was not alone in recognizing the creative possibilities of what she called “a found instrument, a saxophone without directions.” However, her literal approach to the medium—“having come to copying from writing”—coupled with her lucid texts about it, have proved prescient, especially regarding its potential for self-publishing and image-sharing that we take for granted today.
Unlike many artists who flirted with this instant-duplication process—a medium whose affordability and use of plain paper made it revolutionary—Hill sustained her commitment to xerography (Greek for “dry writing”) for 40 years, celebrating the medium’s instantaneity and accessibility as well as the way in which “copiers bring artists and writers together.” In a 1980 profile in The New Yorker, Hill remarked: “Copies are an international visual language, which talks to people in Los Angeles and people in Prague the same way. Making copies is very near to speaking.”
Hill employed the copier as both collaborator and muse. The inspired writing of her 1979 book Letters to Jill: A catalogue and some notes on copying remains a jargon-free primer on the medium and serves as a core resource for the show. The following description of a photocopier that appears on the front of the announcement of her 1978 exhibition at Franklin Furnace helps illustrate her relationship with the machine:
This stocky, unrevealing box stands 3 ft. high without stockings or feet and lights up like a Xmas tree no matter what I show it. It repeats my words perfectly as many times as I ask it to, but when I show it a hair curler it hands me back a space ship, and when I show it the inside of a straw hat it describes the eerie joys of a descent into a volcano.
The objects Hill chose to scan are visually transformed yet faithfully convey their intrinsic properties, as well as those of the copier. She appreciated the machine’s capacity to duplicate at life-scale and produce “human-vision-sized pictures” with “eye-accurate” details. Hill learned to favor the rich blacks of IBM’s “Copier II” as well as its flaws and shallow perception of depth, which gave the originals that she isolated on its platen the potential to be read as symbols.
Thanks to a chance encounter on a transatlantic flight with designer Charles Eames in 1977, Hill secured a two-and-a-half year loan of this particular model, which IBM delivered to her home in Stonington, Connecticut. Direct access to the machine made it possible for her to copy a dead swan (found near the local beach), a process that took five weeks and resulted in a suite of 32 captioned prints that suggest a myth of metamorphosis. Hill also used the copier to modify appropriated photographs, which she sequenced into the pictorial narratives that comprise Men and Women in Sleeping Cars (1979) and extend the detached prose of her novel of familial dissolution, Impossible Dreams (1976).
Informed by a hieroglyphic symbol language she developed, much of her work from this period sought to fuse text and image into “something other than either.” Hill applied the copier as a vehicle for this research, using her prints to experiment with the conventions of the caption, the book, and the gallery exhibition. By 1979, her interest in testing the limits of the medium inspired her to “photocopy Versailles”, a project that would occupy her for the next 20 years and lead her to work with colored toner, frottage, and photogravure. A selection of initial attempts from this effort—scans of paving stones, an espaliered pear tree, and other materials gathered from the grounds—are included in the exhibition, along with a sampling of her publications. [publisher's note] 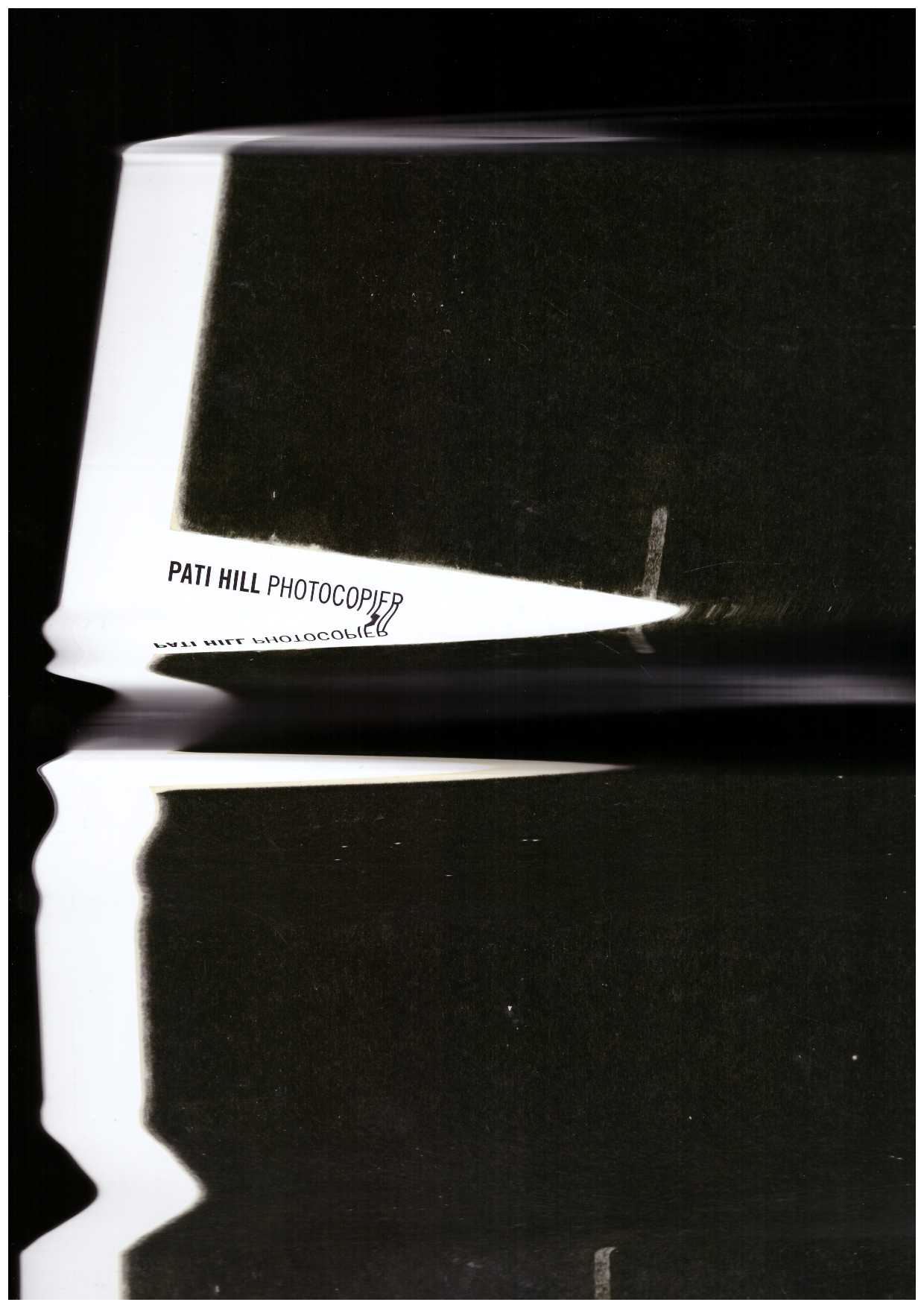