PENDLETON, Adam
Notes on just back from Los Angeles: A Portrait of Yvonne Rainer (Dialecty series)

The book stems from the transcript of the script prepared by Pendleton for Yvonne Rainer to read during their day spent filming at the Ridgeway Diner in Chelsea. The text mixes citations from Stokely Carmichael, Malcom X, Keeanga-Yamahtta Taylor, and excerpts from Rainer’s own published works; the film ends with the gospel song ‘I Am Saved’ by the Silver Harpes over the footage of Rainer’s now canonical Trio A, 1978. Pendleton's chapbook plays on the duality of meaning in the word ‘movement’, exploring the synchrony of art and politics, and shared potentials of language and the non-verbal. [publisher's note] 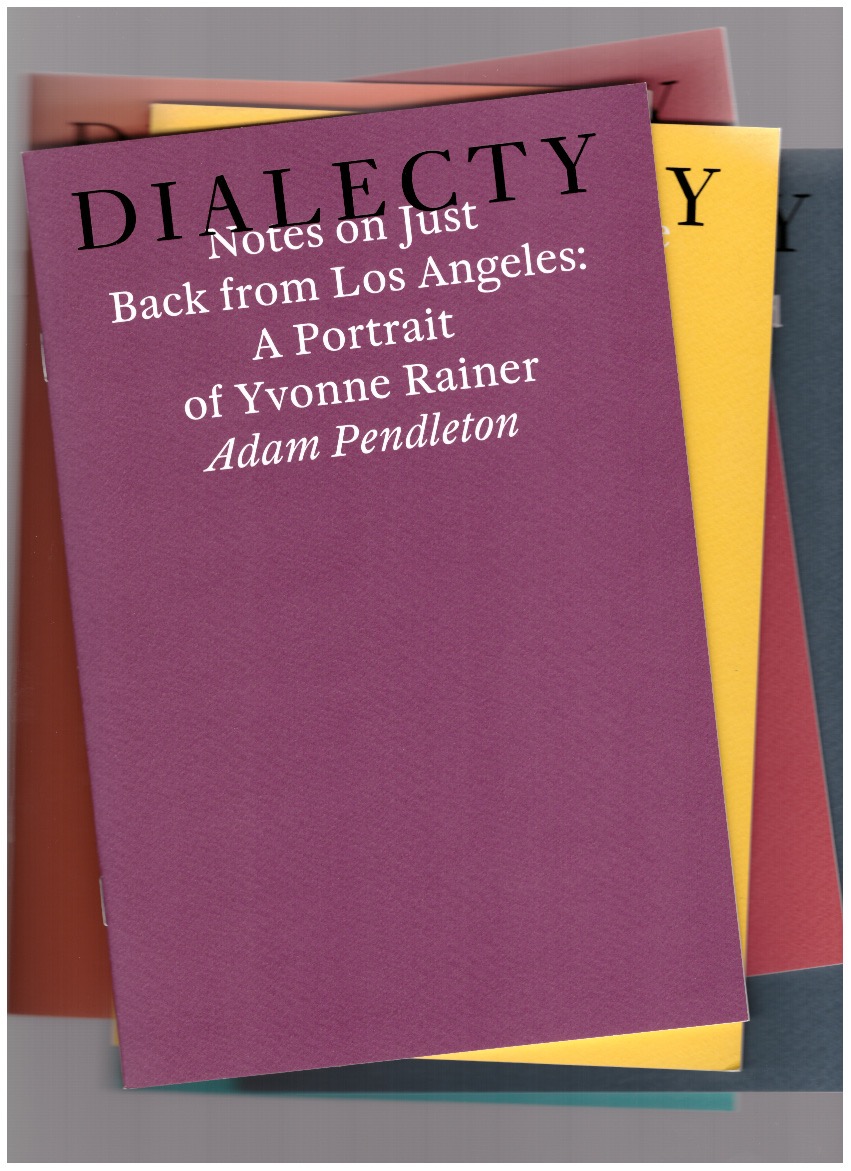