When Horvitz uploaded a found film of the late conceptual artist Bas Jan Ader to YouTube, he unveiled problematic systems of contemporary art circulation and record. In this book, Ed Steck poetically unravels the networks of associations that flow from Newly Found Bas Jan Ader Film. Steck’s spontaneous, sporadic, and open-ended points of reference momentarily elucidate that which underpins both Horvitz’s practice and the institutions he seeks to exploit—a flux of elusiveness and evasion, appearing and disappearing.

David Horvitz works in a wide range of media that are informed by conceptualism and rooted in art history. Steck focuses on Newly Found Bas Jan Ader Film in order to explore the ways in which Horvitz’s trickster antics are anything but superficial interventions; rather, they are a commentary and critique of contemporary art at the systemic level.

This title is part of the One Work book series, which focuses on the artworks that have significantly shaped the way we understand art and its history. [publisher's note] 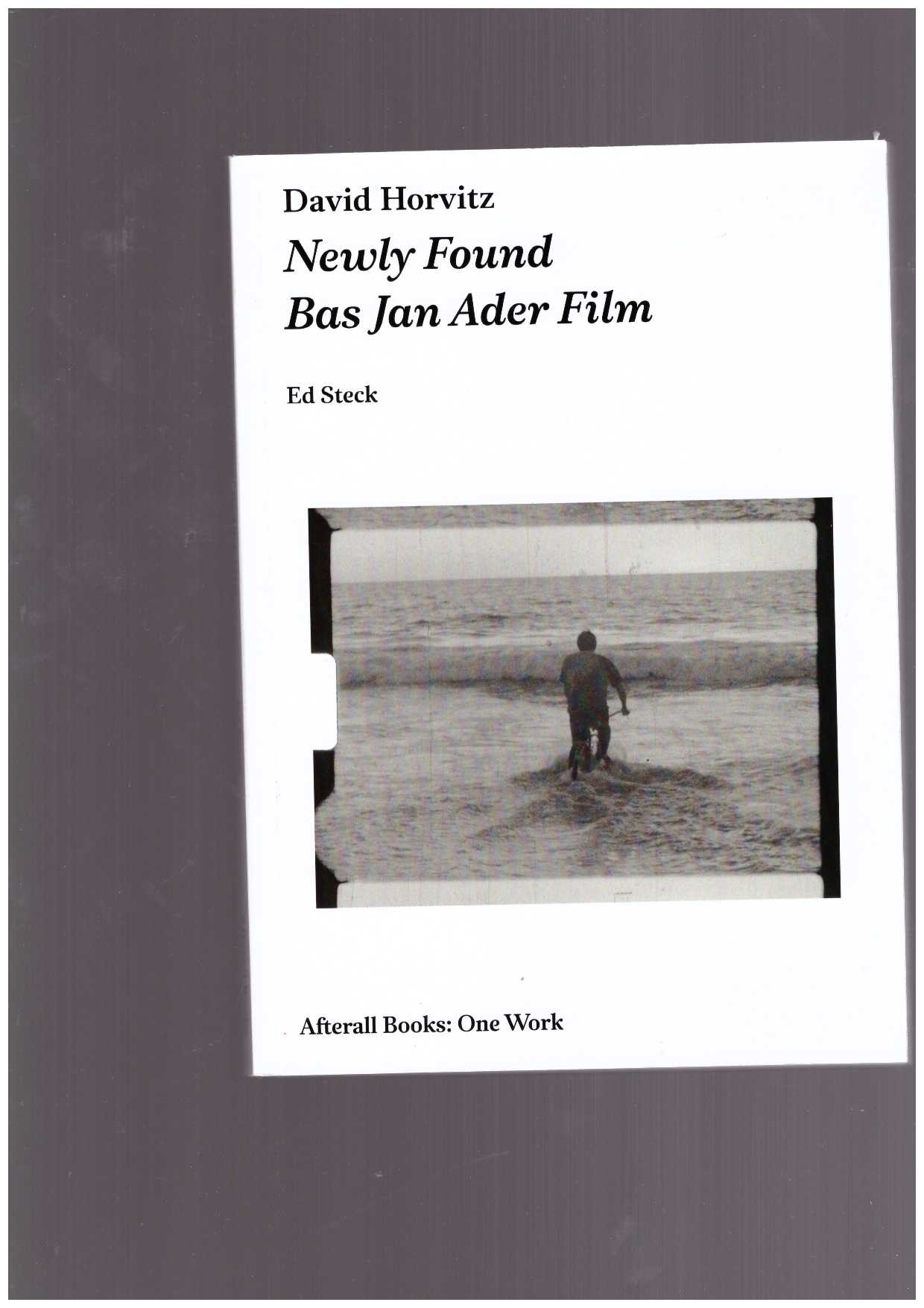