Situating the birth of modern typography around 1700, when it started to be distinct from printing, Robin Kinross introduces in Modern Typography a new understanding of the subject: as something larger and more deeply rooted than a modernism of style, echoing Jürgen Habermas’s proposition that modernity is “a continuing project.” Starting with the early years of the Enlightenment in France and Britain, different cultures and countries successively become the focus for the discussion as they gain significance. Examining the social, technical and material contexts in which typographers operate, the argument also considers principles and explanations of practice. This essay is seminal in many ways, providing a lively and critical narrative of historical development, a springboard for further investigation, and reproductions of not-often seen items. [publisher’s note]

This book is part of “The Hyphen Press series,” an imprint of Éditions B42 which republishes books formely edited by Hyphen Press. 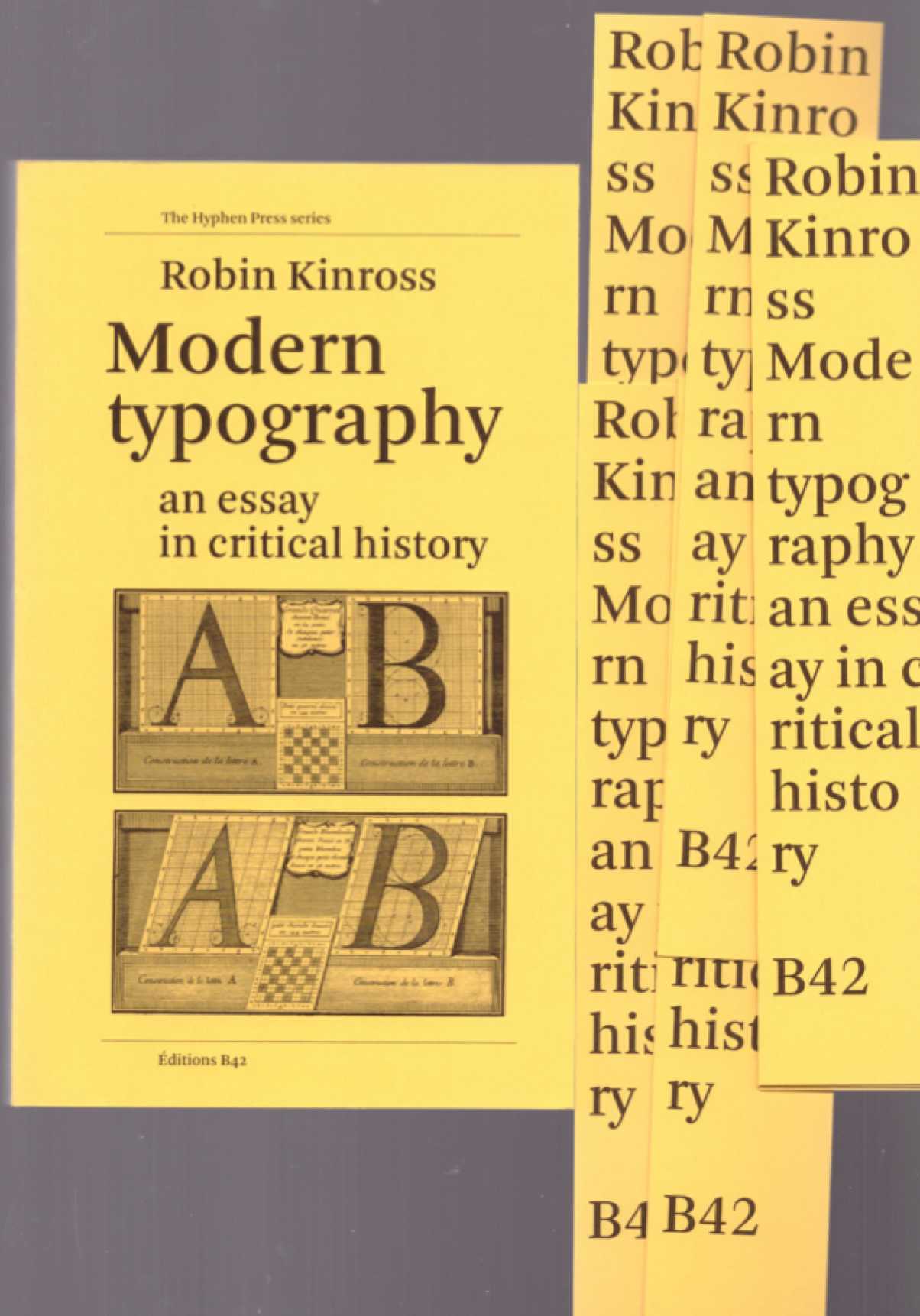