Interest has steadily grown in the career of the American painter Lee Lozano (1930–99) over the last decade, specifically in her move toward conceptual art that culminated in her boycott of women for nearly the last 30 years of her life. Lozano’s early work, however, is markedly different. In the early ’60s, she developed a painting method that coalesced several styles in order to relate her radical imagery to the feminist ideas that comprised the overarching beliefs in her life. “Imagine,” writes curator Bob Nickas, “a fluid intermingling of Abstract Expressionism in terms of a figurative disfiguration (after de Kooning), Pop comic rendering (pre-Guston), a heady Surrealism that anticipates the mind-expansion of the Wave series … and a cubism that is circular rather than faceted by geometry.” Packed with humor, sexual imagery and a heaviness of spirit, the 31 paintings in this book are intimate works, difficult to assign to an obvious tradition of painting. Essays by Helen Molesworth and Nickas further illustrate that, even when Lozano was using traditional material to make her art, her career was anything but. [artbook's note.]

RARE / OUT OF PRINT TITLE 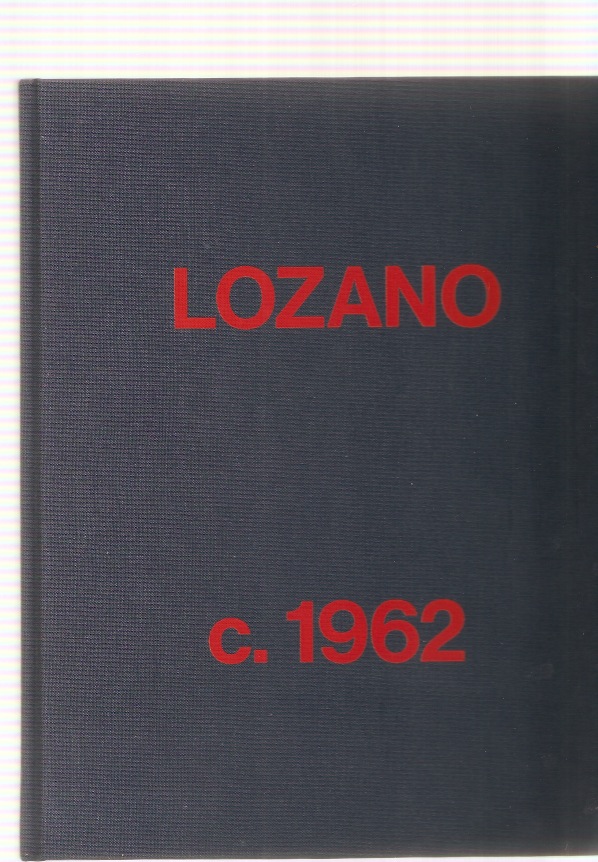