Kino/Atelier – Program was produced in conjunction with Bauer Verlag’s eponymous series of screenings at the Studio/Cinema in Brooklyn.

Here, as elsewhere, a semiotic connection between the field of publishing and film is established.
––Giuliana Bruno
I am therefore not going to make this film, but try to imagine what it might have been on the basis of the few clues that I have just given you.
―Roland Sabatier
In Ottinger’s case documentary and fiction are intertwined, exposing documentary as a form of fiction; and vice versa.
―Kerstin Stakemeier
If you’re willing, picture this:
―Elissa Suh
A world in which the tears of a Madonna are somehow important as opposed to, and incommensurate with, a world in which such tears no longer count for anything at all.
―Pier Paolo Pasolini
In French, décor means ‘film set,’ and Broodthaers’s consistent use of the term reminds us of the intensity with which he engaged in filmmaking [...] and marks the extent to which his practice [...] was filmic in concept even when not in fact.
―Rachel Haidu
In Notari’s advertisements the words used for the release of a film include pubblicato and edito, both of which mean ‘published.’
―Giuliana Bruno 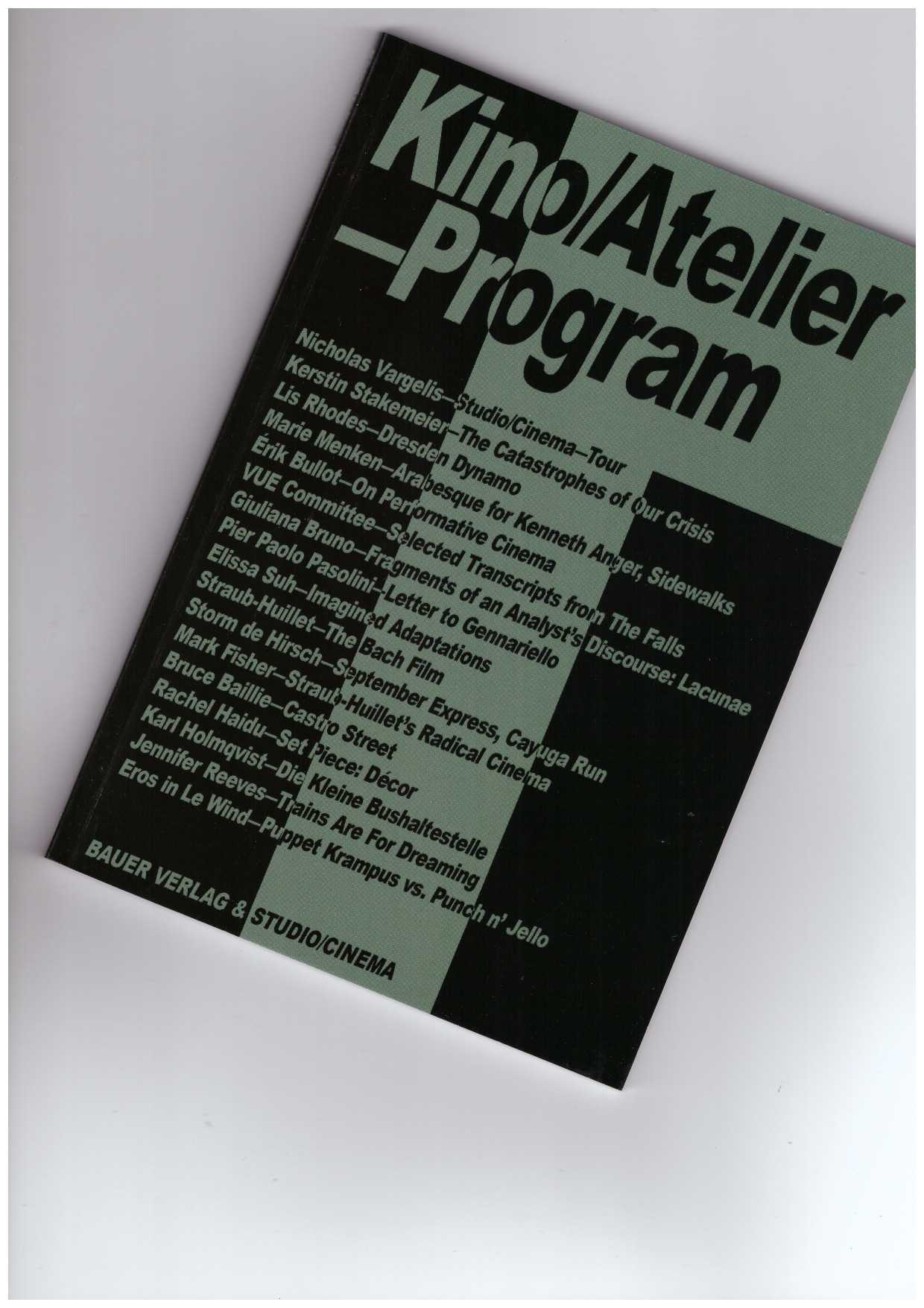