“Trash has always served me well—over the years it has become the outer form and material expression of my dreams: of tomorrow, of life in space, of the blissful alienation from this world that I have always craved.”—from Inferno

So begins the first part of this personal inquiry into the world of trash by writer and theorist Ken Hollings. Why do we find ourselves so attracted to the cheap and vulgar, the discarded, the misshapen and the abject? What do we really mean when we say that something is “so bad it’s good,” and what finally does it say about us? Part personal confession and part historical roadmap of tales from the underground and exploitation movie scene in America during the 1960s, Inferno takes the reader on a journey deep into the heart of the trash experience.

With Inferno, Hollings offers a complex and intricate timeline of connections, coincidences, and resonances that have mostly gone unnoticed. He traces the transmission of “the Purple Death,” a deadly and exotic virus first depicted in an old episode of a Flash Gordon movie serial, through the films of Jack Smith, Andy Warhol, and Kenneth Anger and into the output of such exploitation pioneers as Ray Dennis Steckler, Hershel Gordon Lewis, and Russ Meyer. Hollings also turns his idiosyncratic gaze upon key aspects of teenage culture during the 1960s, including hot rods, “Rat Fink,” surfers, bikers, and beach parties, uncovering a secretive and hidden universe of masks, fake identities, and secret desires. Even Dante would think twice about taking this trip into Hell. [publisher's note] 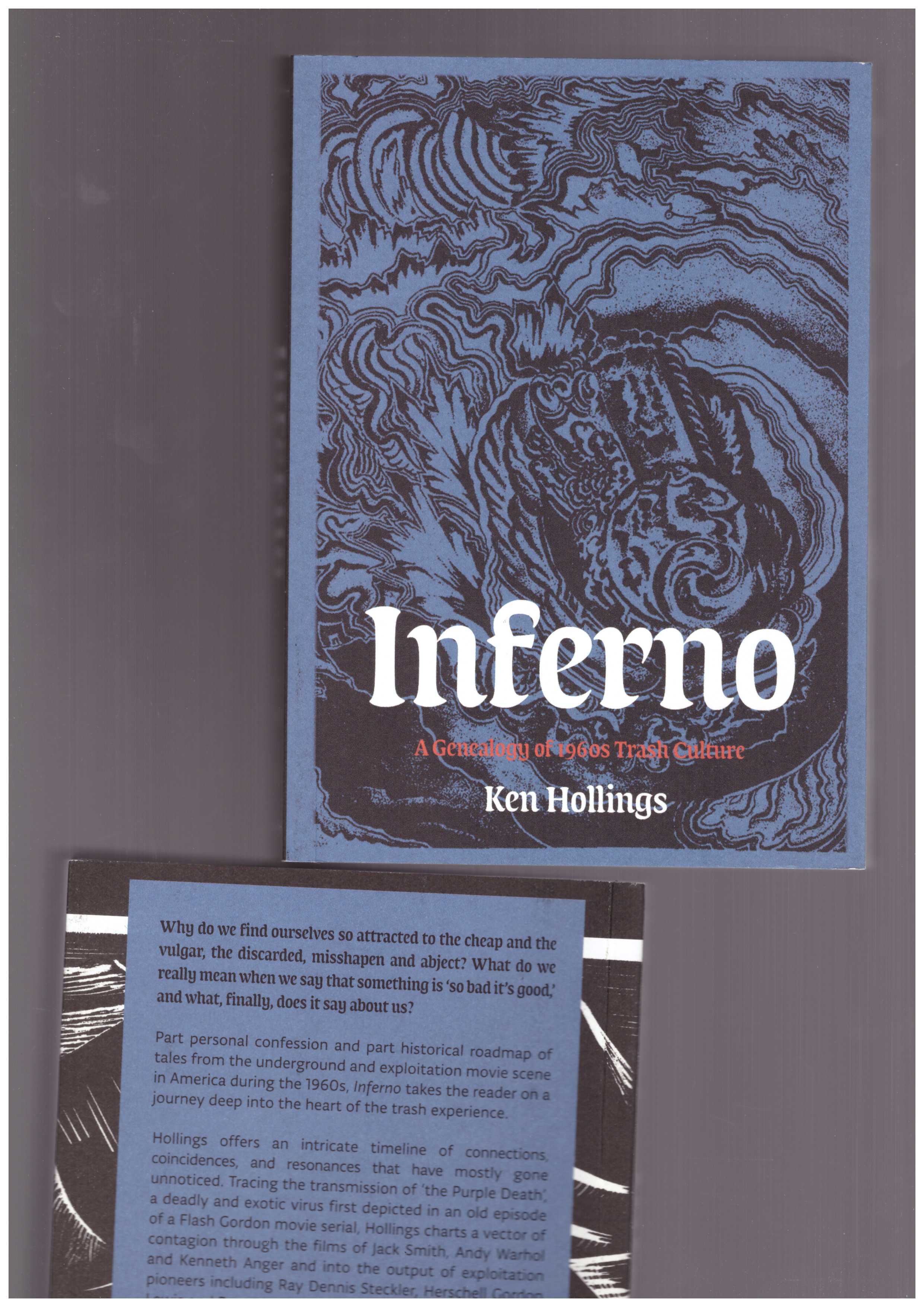