IWATAKI, Ana; VASSEUR RALUY, Marion (eds.)
I will set a stage for you

A 2-volume anthology of the Screen program hosted by Art Viewer in 2017 edited by Ana Iwataki & Marion Vasseur Raluy.

“Art Viewer, an online platform that promotes contemporary art through a curated selection of documented art exhibitions and events, invited us to curate the Screen video section during 2017.
We decided to explore the stage as related to the boundaries of theatre and contemporary video art via texts published with the selected videos. The twelve invited artists: Alexey Vanushkin, Danielle Dean, Alex Wissel, Ilana Harris-Babou, Adrien Genty, Lila de Magalhaes, Christophe Herreros, Luzie Meyer, Christopher Kline, Masaya Chiba, Boru O’Brien O’Connell, and Liv Schulman presented existing and commissioned videos that, in more or less explicit ways, invoke a relationship to the stage. In addition to the texts and interventions published alongside the videos, this book is a presentation of complementary texts, on or adjacent to their practices. This book also represents the first time that these varied approaches to the stage and mise-en-scène come together. Unfolding a program over a year allowed us to play out our reflections in myriad directions and forms, sometimes with results far from what was initially imagined. A multiplicity of voices brought to one platform—to one stage—became a conceptual grounding for this year-long project. For us too, this book is the occasion to consider as a whole the disparate musings of these artists and writers on what relevance the stage might have today. This book is an online video program become object. Many of the texts were written with the assumption that the video would be available to view in the same browser window. It is an attempt to translate a project of various temporalities into fixity and cohesion.
The Art Viewer website served as one stage for a specific presentation of video and texts. This publication elaborates this material and re-imagines it for another one.”
— Ana Iwataki & Marion Vasseur Raluy 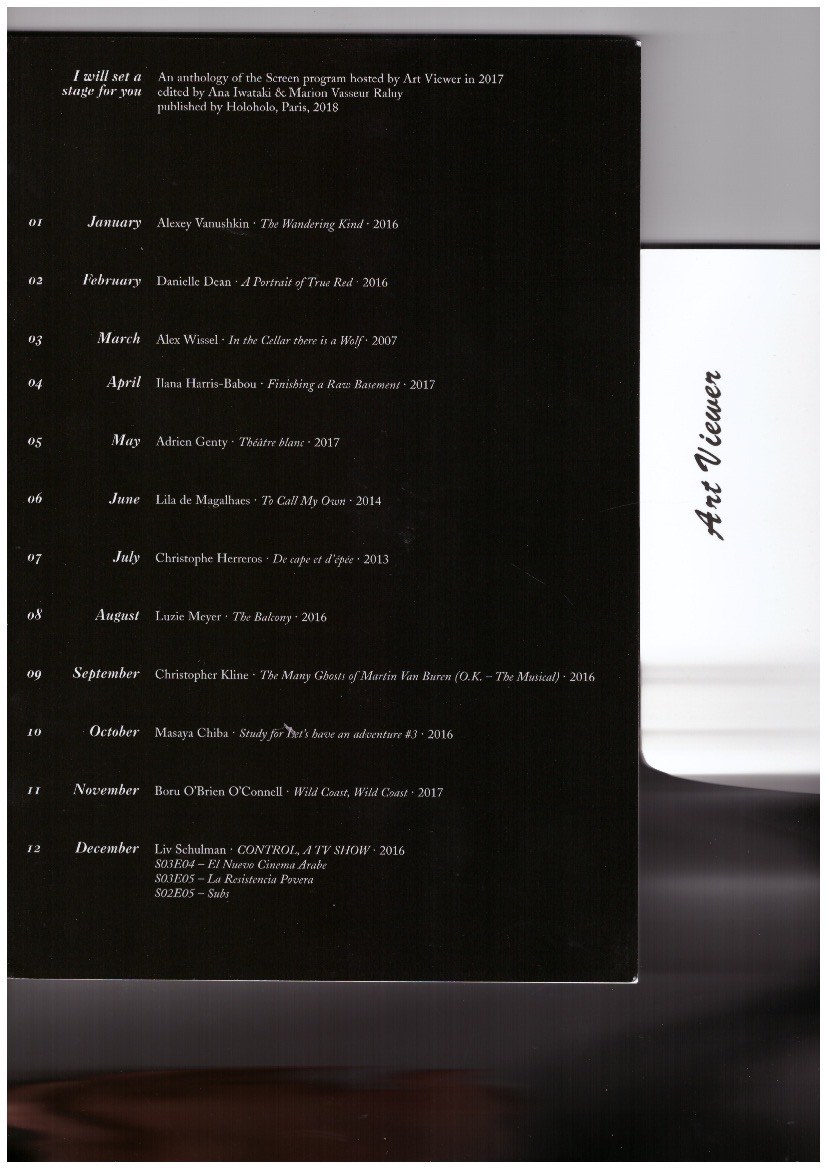 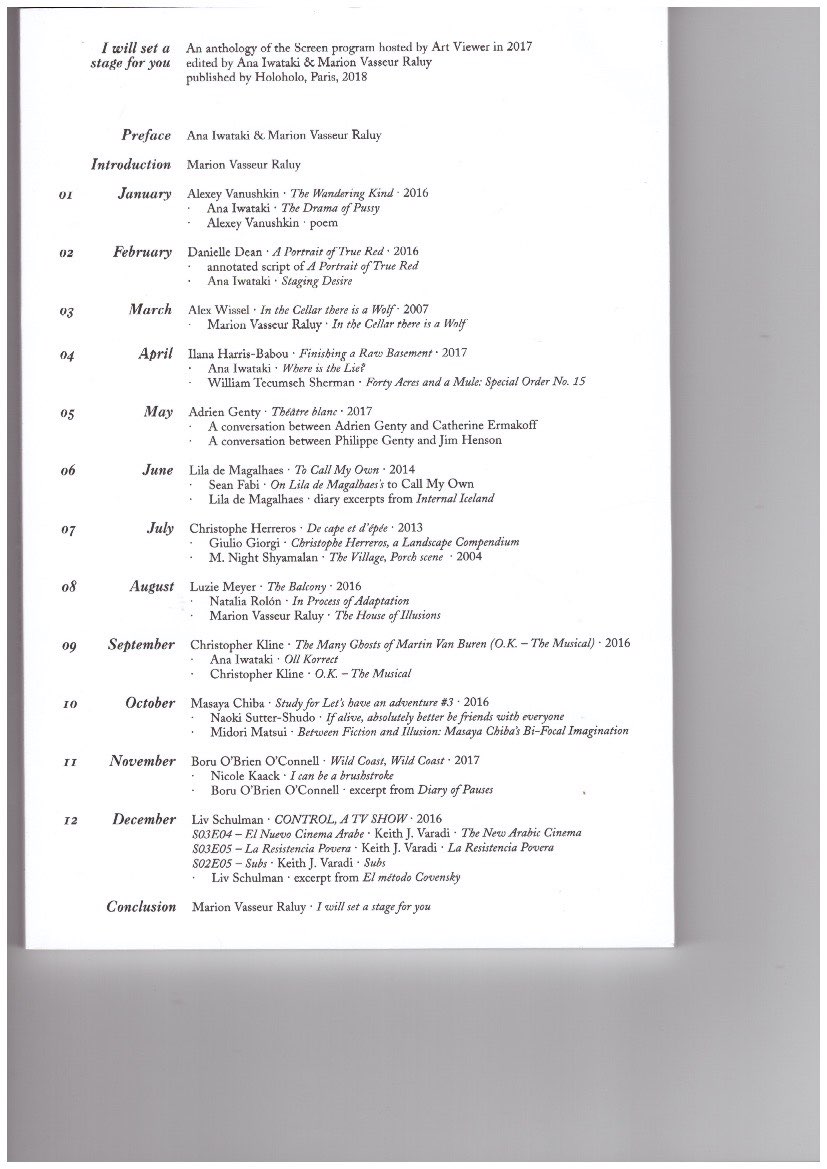