Tracing a period in her life from the 1969 Woodstock Festival through the following years living on the land, this singular dance artist's direct and poetic writings bring a turbulent transitional era to life. Arriving in New York in the early 60's from California, she brought with her a series of pieces that proved to be a serious influence on the development of "postmodern" dance in years to come. Her "dance-constructions" were based on a concern with bodies in action, the movement not being stylized or presented for its visual line but rather as a physical fact. Combining drawings, "dance reports" (short descriptions of events whose movement made a deep impression on the author's memory), and documentary materials such as scores, descriptions, letters to colleagues, and photographic records of performances, Forti's eye toward creating idioms for exploring natural forms and behaviors is evident throughout.

Simone Forti shifted from painting in 1955 to study dance with Anna Halprin and went on to study composition with Robert Dunn at the Merce Cunningham Studio leading to her association with Judson Dance Theater in the '60s. Her work spans from early minimalist dance-constructions, through animal movement studies, news animations, land portraits, and currently, Logomotion, an improvisational form based on the resonance between movement and the spoken word. She performs and teaches worldwide. [publisher's note] 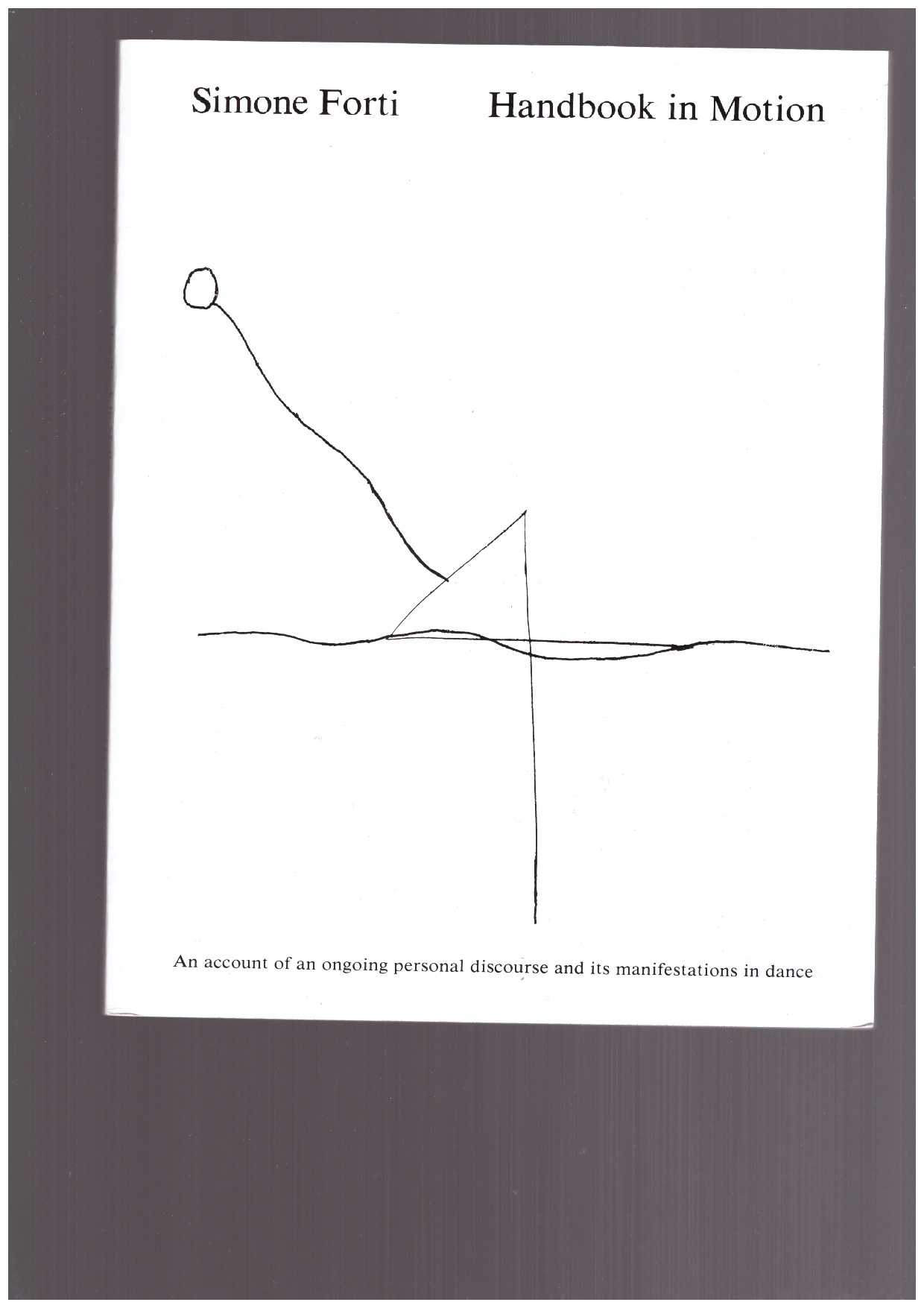