When Dennis is thirteen, he sees a series of photographs of a boy apparently unimaginably mutilated. Dennis is not shocked, but stunned by their mystery and their power; their glimpse at the reality of death. Some years later, Dennis meets the boy who posed for the photographs. He did it for love.

Surrounded by images of violence, the celebrity of horror, news of disease, a wasteland of sex, Dennis flees to Europe, having discovered some clues about the photographs: “I see these criminals on the news who’ve killed someone methodically, and they’re free. They know something amazing. You can just tell.” What they know may lie in bodies themselves. Bodies are unavoidably real; what’s in them must have something to say, even in a society that lives on images and fantasies. An isolated windmill in Holland provides the perfect setting for Dennis to find out more about bodies–of which there are many–and what is inside them.

In Frisk, as in the award-winning Closer, Dennis Cooper explores the limits of our knowledge and the dividing line between the body and the spirit. Frisk is a novel about the power of fantasy and faith, about the ecstasy and horror of being human. The body’s power extends to us all, but what power do we have over it, over its appetites and satisfactions? The answer to these questions is a work of imaginative courage and clarity: a murder mystery that implicates us all and a horror story in which the monster is love. [publisher's note] 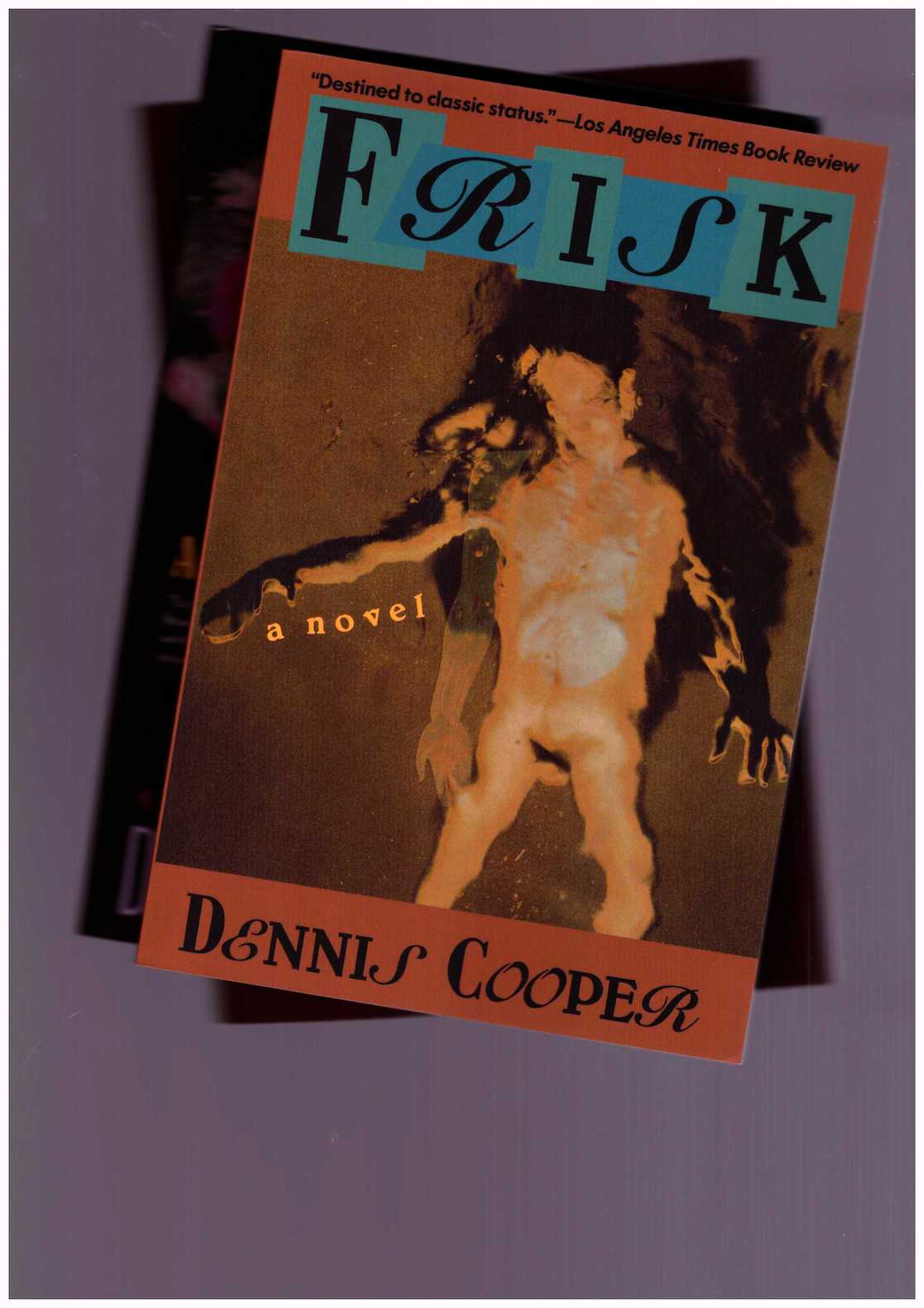