First published in German in 1987, this is artist and writer Jutta Koether’s meditation on painting. In novella form, f. follows several disembodied female characters as they consider velvet, coral, the curtain, money, color, red. These objects, these things, help the narrator and other characters come into being, but it is paintings that embody who the narrator really is: “Even if I’m their hostage when I look at them, I’m not inferior to them. I lie down, stand, or sit in front of them and, in this moment, I’m everything they affect in me.” Unlike people, paintings are fixed, explicit with their intentions and challenges—in the end they will still be here, outlasting those who made them or who looked at them. A facsimile of the original German publication is included in this volume. [publisher’s note.]

Translated from the German by Nick Mauss and Michael Sanchez. 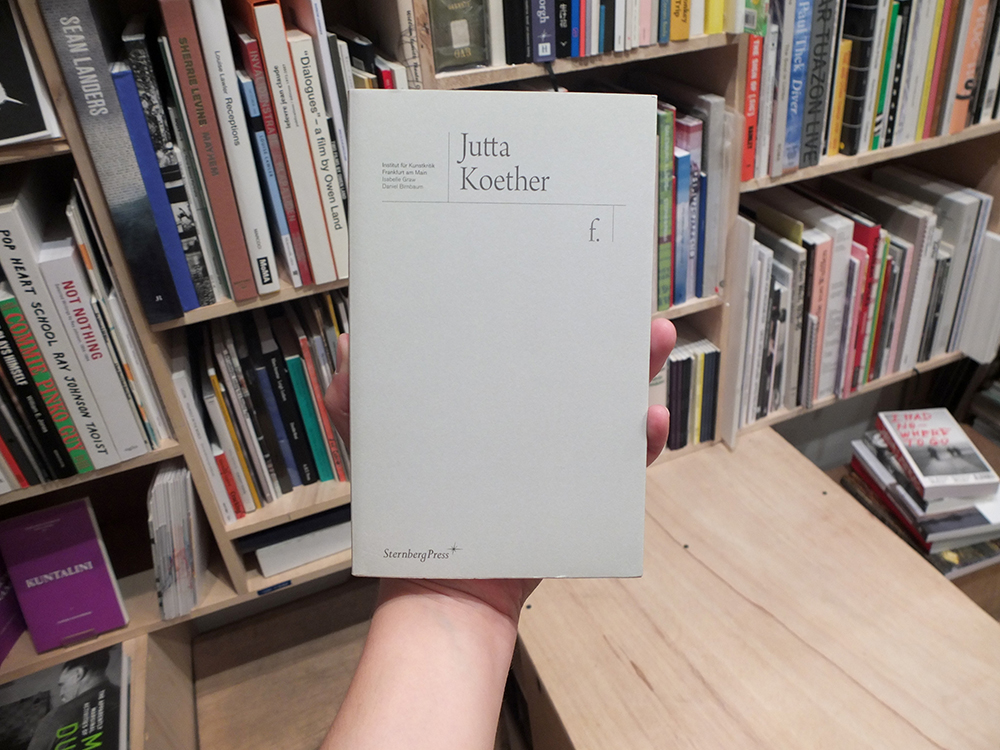 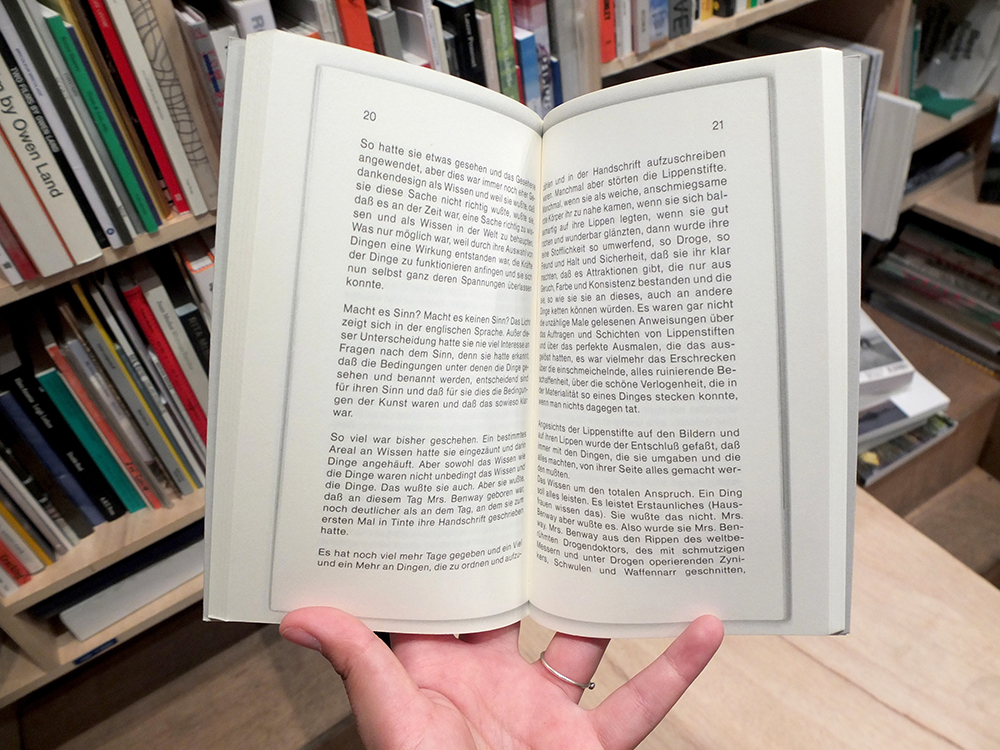 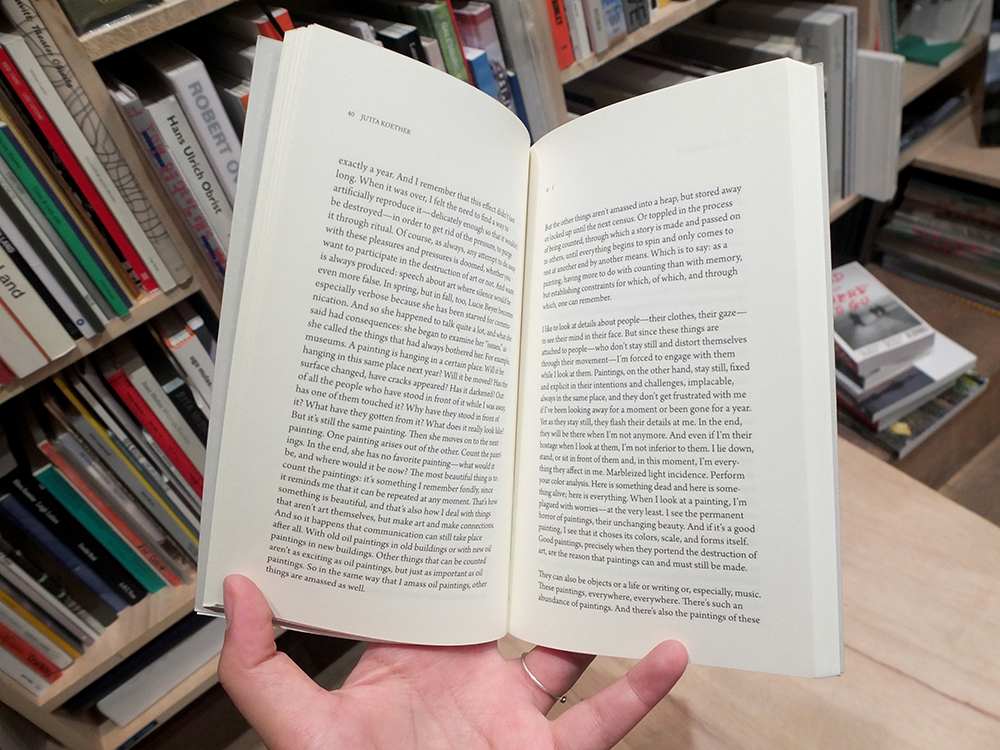