In August 1996, the Zapatistas in Chiapas, in southern Mexico, organized the First Intercontinental Meeting for Humanity and against Neoliberalism. Three thousand visitors from forty-two countries engaged with the indigenous population here in a collective debate. Bruno Serralongue was the only artist in Chiapas at the time of this anti-statist gathering, which is now viewed as a groundbreaking event. Unlike a press photographer Serralongue with his large-format camera homes in on seemingly secondary motifs and banal aspects, viewing them from the position of an outsider. As a result, his photographs draw attention to the staging of the event. Encuentro Chiapas shows the 1996 series in its entirety for the first time, supplemented by documents, an essay by Philippe Bazin, and a conversation between Bazin and Serralongue. [publisher's note] 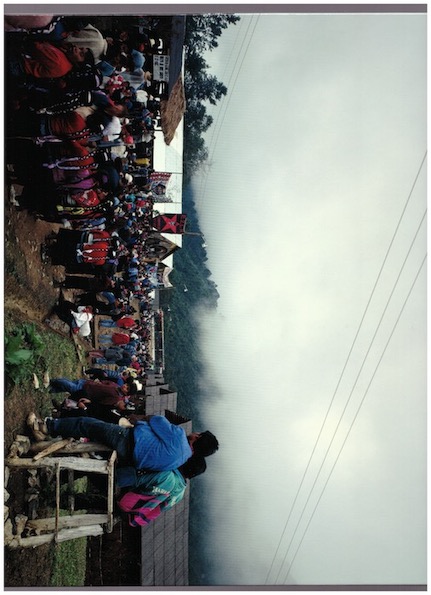