MAYER, Bernadette
Eating the colors of a lineup of words

Bernadette Mayer is among the most influential poets of the late 20th century and to the present, with much of that interest falling to her earliest works. At the age of 15, in 1960, Mayer began writing and instantly with an incarnate directness and resource belying her youth. Over the next two decades, this precocious start would culminate in a body of writing extraordinary in its range and import. Even given that Mayer was moving in a New York milieu given to radical practice—as evidenced in the journal 0 to 9 she co-edited in the late '60s—these books in their collective force represent an explosion of poetic forms and investigation as profound and sustained as American poetry perhaps has seen. The permutations of her poetic shapes are myriad and through it all forms the irreverent and sacred, jocular and deadly serious, erotic, rigorously fashioned and off the cuff, gentle and tough, deadpan dance of a soul on fire—a poetic intelligence and skill operating at the heights. These early books have played an oceanic role in the formation of generations of experimental poets, though in shards, as many of the books on which her reputation is based have long been out of print—and so their operative life partial. This multi-volume publication, which includes some poems that have never been published—including such early long poems as “A Moving Boat Is a Squeezed Boat: 52 Cards” and “Complete Music of Webern (A Movie)”—makes available for the first time the near totality of Mayer’s early books. [pulisher's note] 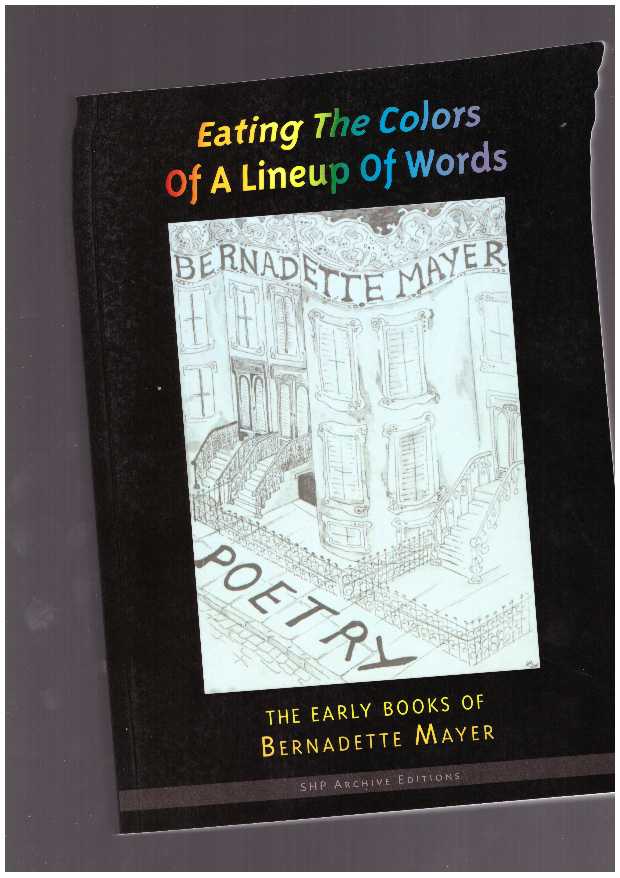