Josef Strau’s experimental artistic practice developed out of the written word. In his installations he relates texts and objects to each other in manifold ways. On the surface, the texts are characterized by the typographic interplay of printed word and blank space. At another level their distinctive feature is Strau’s idiosyncratic style of writing, which nimbly and playfully tracks his stream of consciousness. Oscillating between the meaningful and the meaningless, he interweaves everyday stories and urban scenes with personal revelations and literary motifs. Both in his exhibition at the Secession and in the accompanying publication, Josef Strau references an old-established motif of literature and film—the artist as dreamer, resembling a turtle, an encapsulated observer and recorder of his urban surroundings. [Secession's exhibition text.] 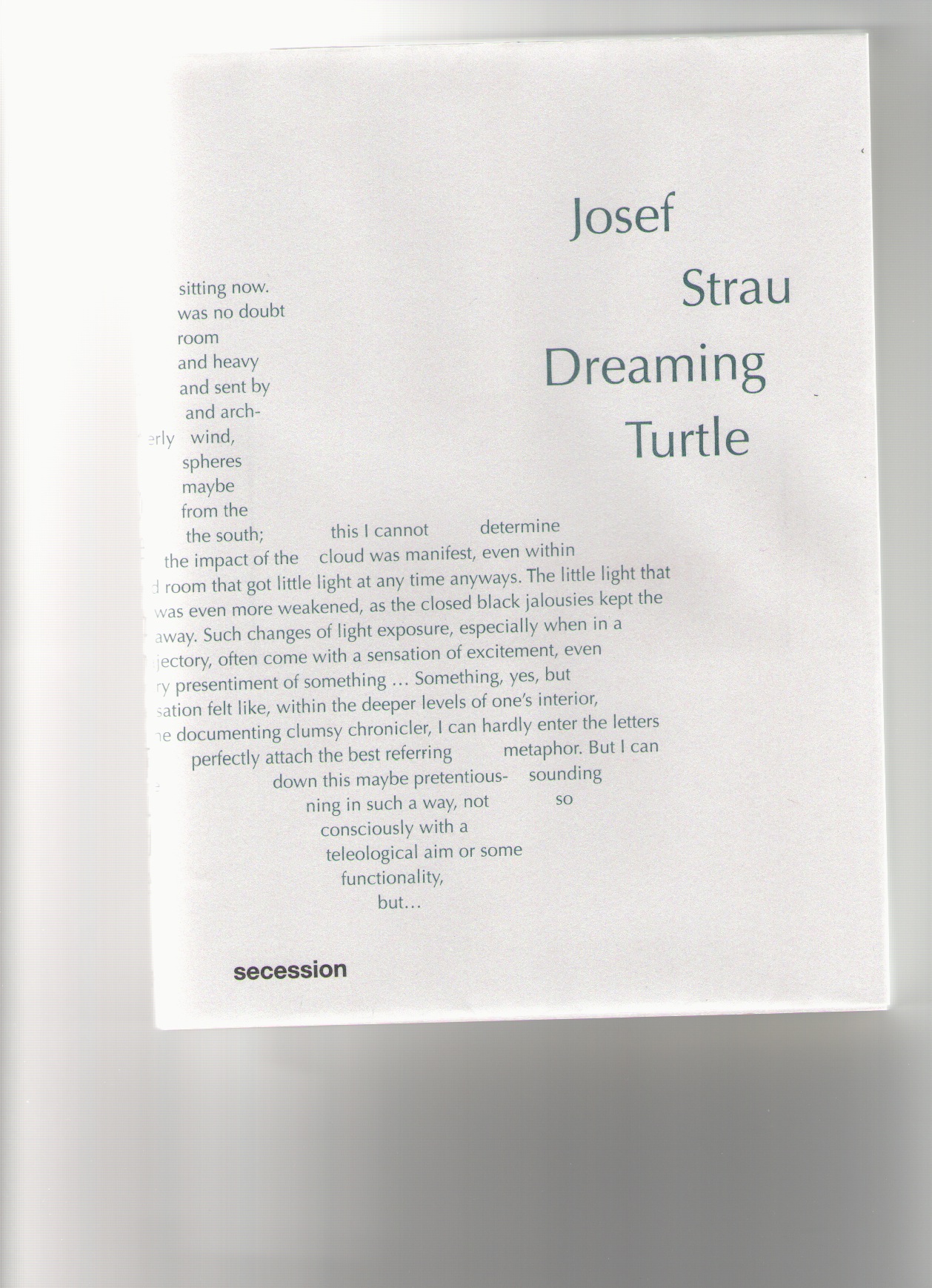