TREASURE! BACK IN STOCK :) The facsimile of Desiderata, a collection of Lizzy Mercier Descloux’s poetry, photos, and diaristic fragments from her visit to New York City in the Winter of 1977. Only eighteen at the time, Descloux fell into the orbits of the nascent No Wave scene festering in Lower Manhattan, where she befriended Richard Hell, Patti Smith, and ZE Records founder Michel Esteban. Desiderata charts the musician’s early ambitions as a writer, revealing a potent poetic voice that careens from acid-tinged social observations to outright Dadaist semantic revelry, interspersed with collages and hand-written notes.

Originally composed entirely in French (even the “preface” by Patti Smith), this is the first time these works have ever appeared in English and this edition includes the original French facsimile bound tête-bêche with the new English translation by Emma Ramadan. [publisher’s note] 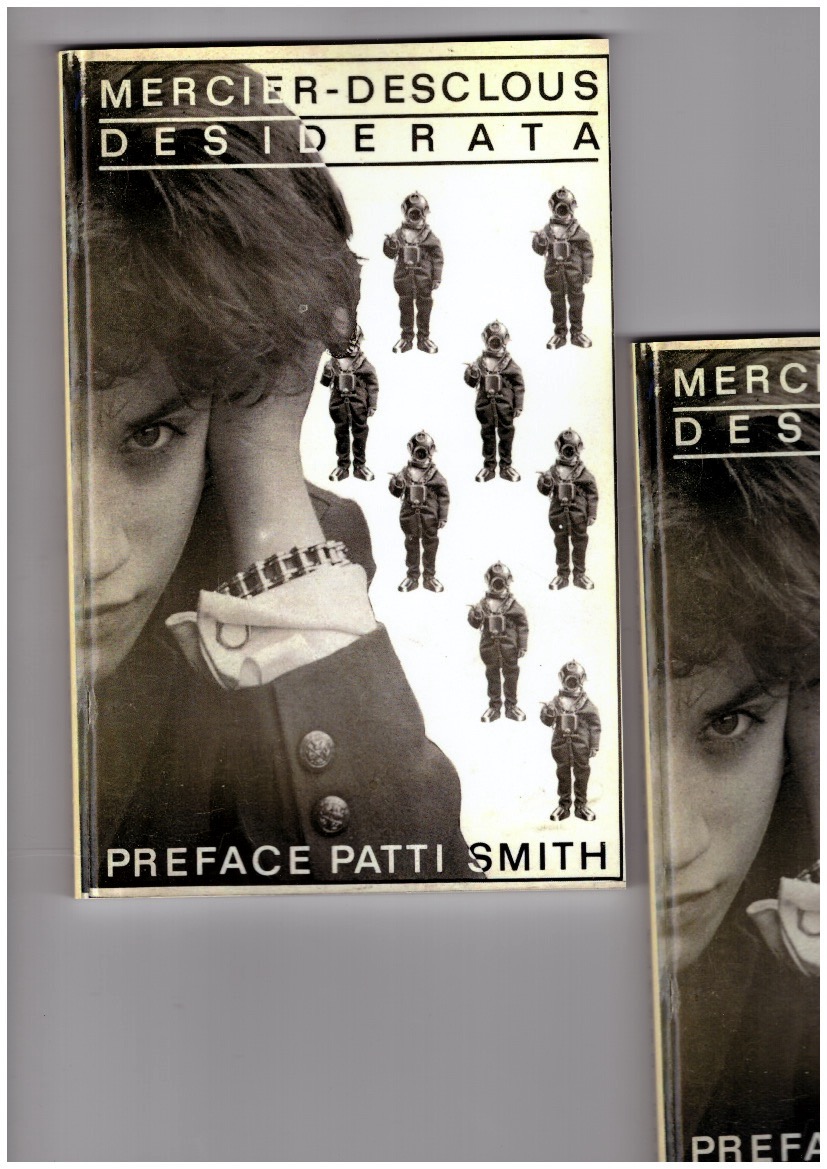