Annika Bender was one of the pseudonyms of artists Dominic Osterried and Steffen Zillig, who wrote the blog Donnerstag (now discontinued) under her name. To make the criticism she proposed possible, and make public its conditions and inherent contradictions—as well as articulate the reasons for her disappearance—it proved necessary to confer Bender to the archive. [publisher’s note]

With an afterword by Hannes Loichinger. 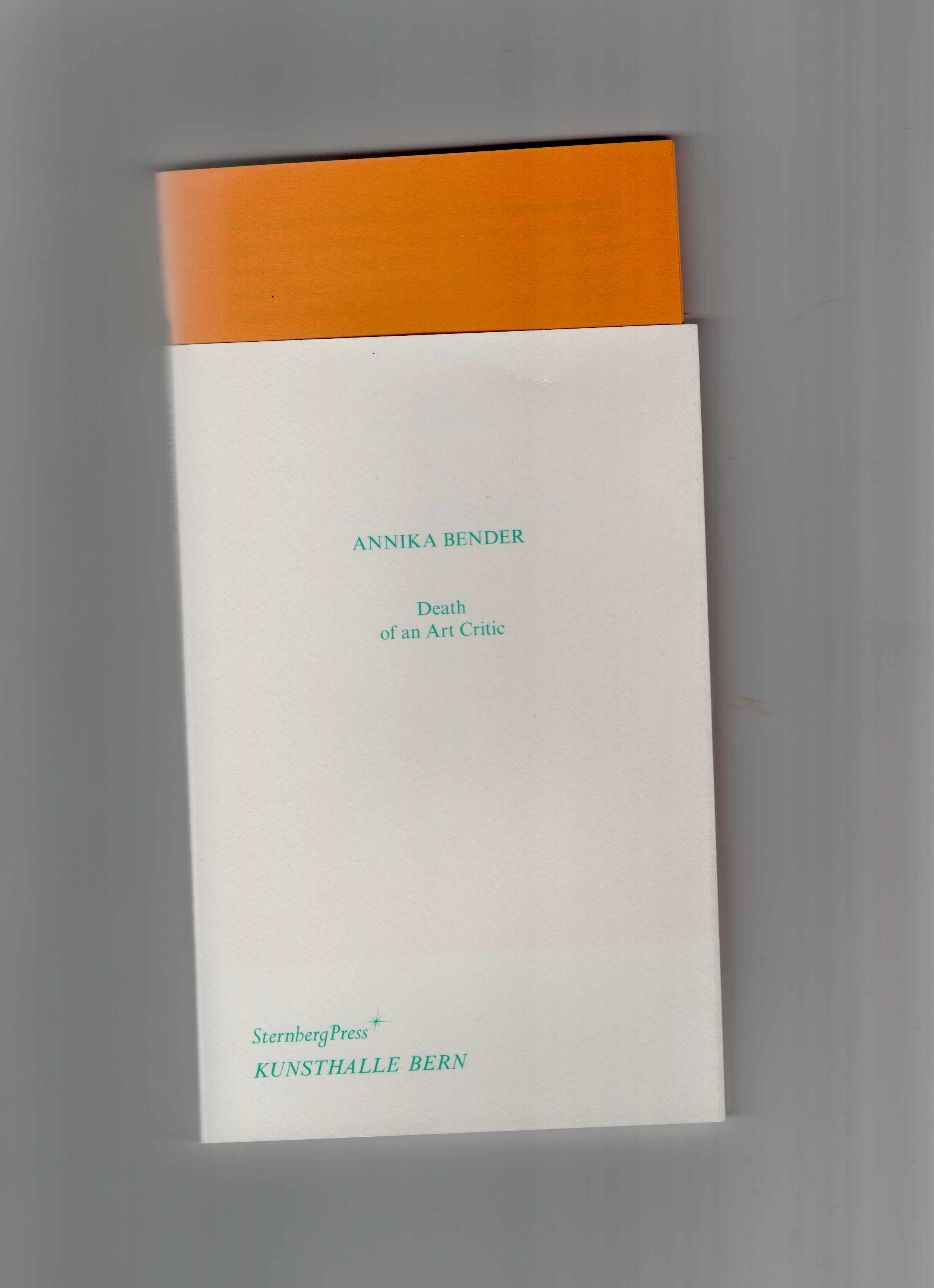