The third edition of DEATH BOOK collects contemporary depictions of death, in the form of drawings, illustrations and paintings.

Before photography was invented, we relied on illustrations, paintings and, even more so, real dead bodies to gaze upon decaying flesh. Many visual expressions of death were used to moralize or romanticise death. Vanitas paintings were made to remind us that life is only temporary and all mortal possessions remain in vain. The Japanese Kusôzu tradition of watercolour paintings, that depict the nine stages of the decaying body, from the first moment of death unto the final stages, were made to remind us not to give into bodily desires. Romantic war paintings asked the viewer to fight for the cause. [publishers’ note] 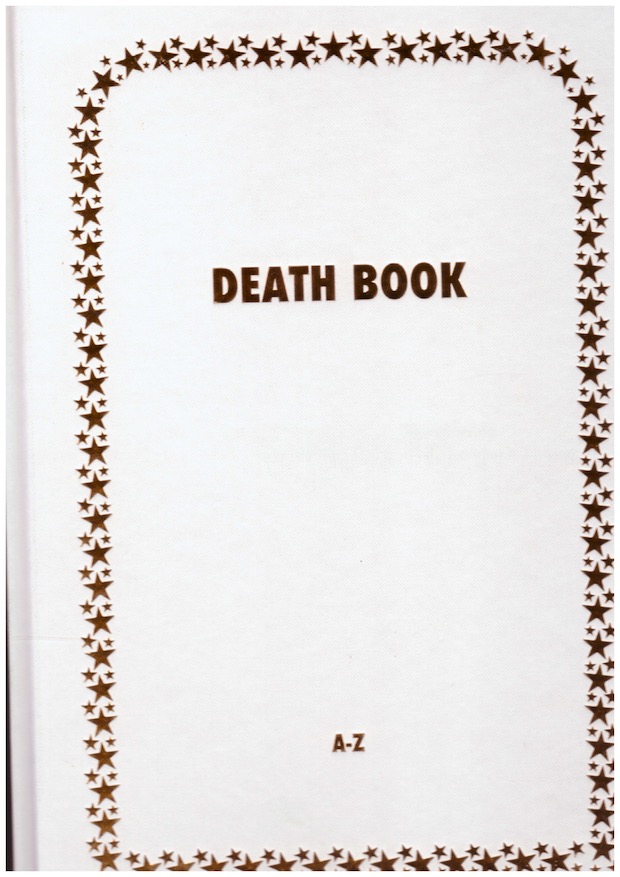