Collaborators for more than four decades, lawyer, author, filmmaker, and multimedia artist Alexander Kluge and social philosopher Oskar Negt are an exceptional duo in the history of Critical Theory precisely because their respective disciplines operate so differently. Dark Matter argues that what makes their contributions to the Frankfurt School so remarkable is how they think together in spite of these differences. Kluge and Negt’s “gravitational thinking” balances not only the abstractions of theory with the concreteness of the aesthetic, but also their allegiances to Frankfurt School mentors with their fascination for other German, French, and Anglo-American thinkers distinctly outside the Frankfurt tradition.

At the core of all their adventures in gravitational thinking is a profound sense that the catastrophic conditions of modern life are not humankind’s unalterable fate. In opposition to modernity’s disastrous state of affairs, Kluge and Negt regard the huge mass of dark matter throughout the universe as the lodestar for thinking together with others, for dark matter is that absolute guarantee that happier alternatives to our calamitous world are possible. As illustrated throughout Langston’s study, dark matter’s promise—its critical orientation out of catastrophic modernity—finds its expression, above all, in Kluge’s multimedia aesthetic. [publisher's note] 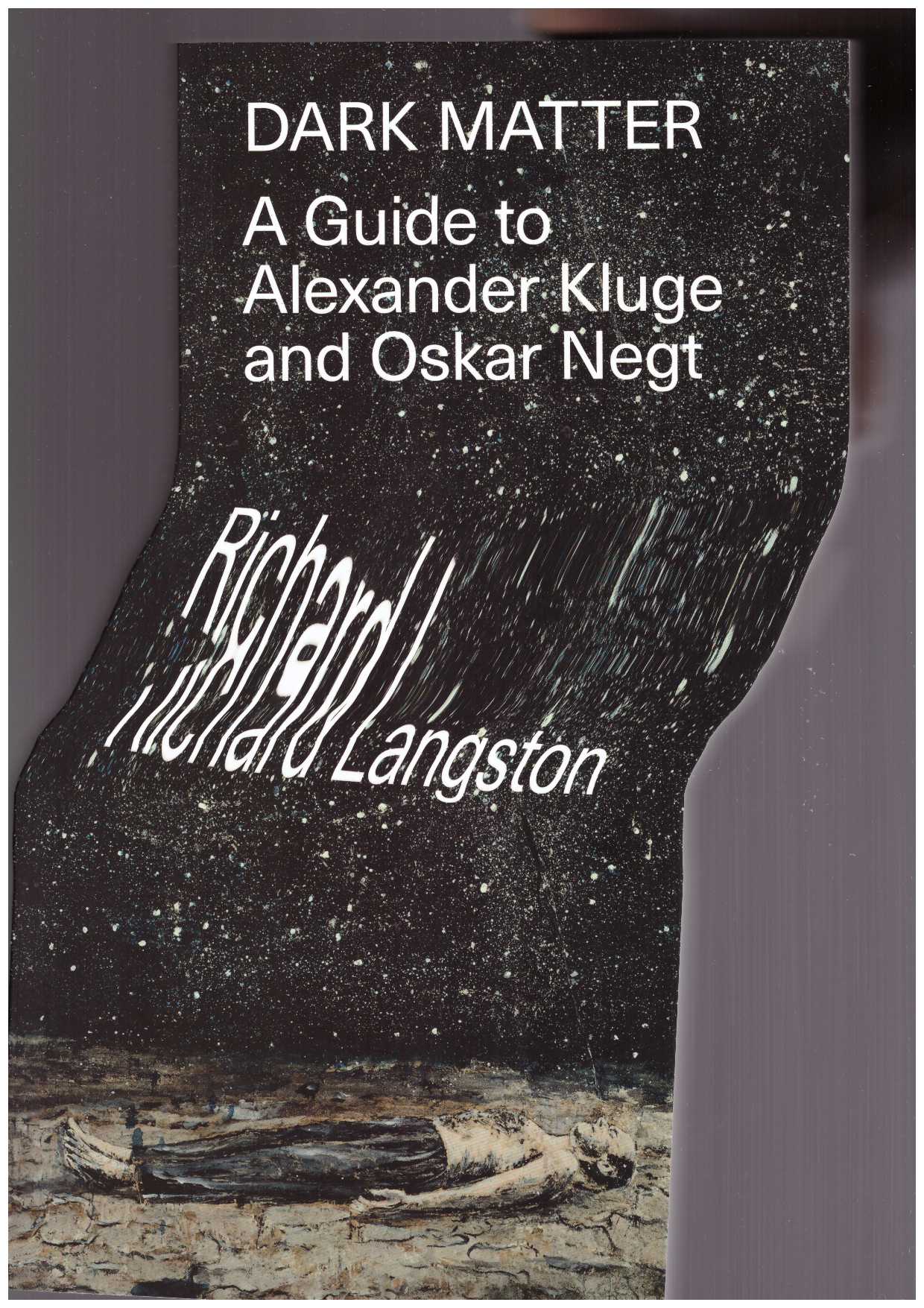