What are ”pulp theory/fiction hybrids?” In France—the old old continent—we don’t have any kind of cultural studies, and “cyber-culture” means nothing. Can you explain your theories in newbie’s words...?

Many members of the Ccru had fled cultural studies, disgusted by its authoritarian prejudices, its love of ideology, and its pompous desire to “represent the other” or speak on behalf of the oppressed. To us, it never seemed that the real articulacy of the left academic elites was in any way superior to the modes of popular cultural expression which where either ignored or treated as raw material to be probed for a “true” (i.e. ideological) meaning by white middle-class intellectuals.

Ccru has tried to connect and cross-itensify with peripheral cultural processes (darkside digital audio, cyberpunk, Neomurian sorcery, numbo-jumbo, Afro-futurism, Indo-futurism, Sino-futurism...). It seeks to think, theorize, and produce with rather than “about” (or—even worse—“for”) them. We think everything interesting hapens on the periphery, outside the standard modes of “developed” existence.

[from the Communiqué Two. Message to Maxence Grunier 2001] 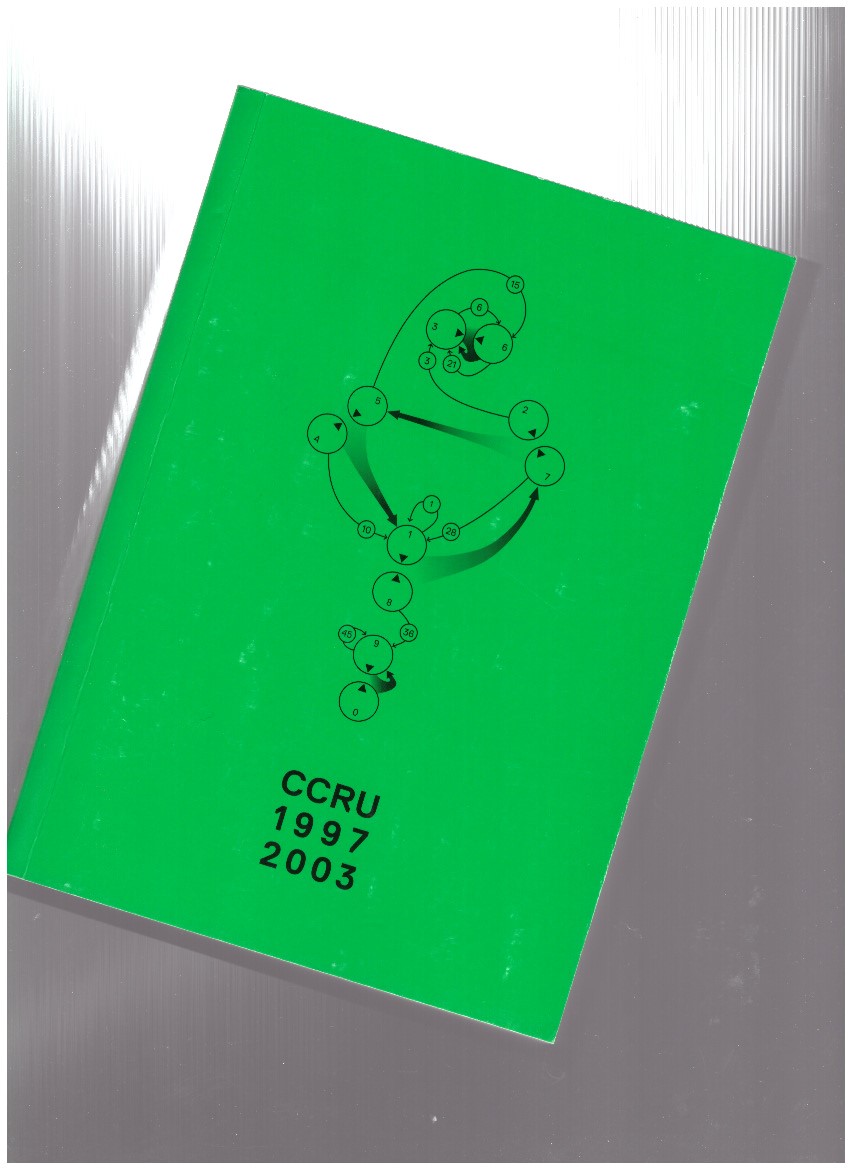