This ‘one page book’ is the transcript of a conversation with Alexander Brodsky, where he's discussing Paper Architecture’s work reception in the United States and also gives some illuminating information about the publication Cancelled 6/21/90.

Published by L’Esprit de l’Escalier from crossed out plates, this extraordinary book is available in 2 formats: a pretty large one, corresponding to the size of the original etchings; and a ‘manga’ paperback, with texts in English or in French. 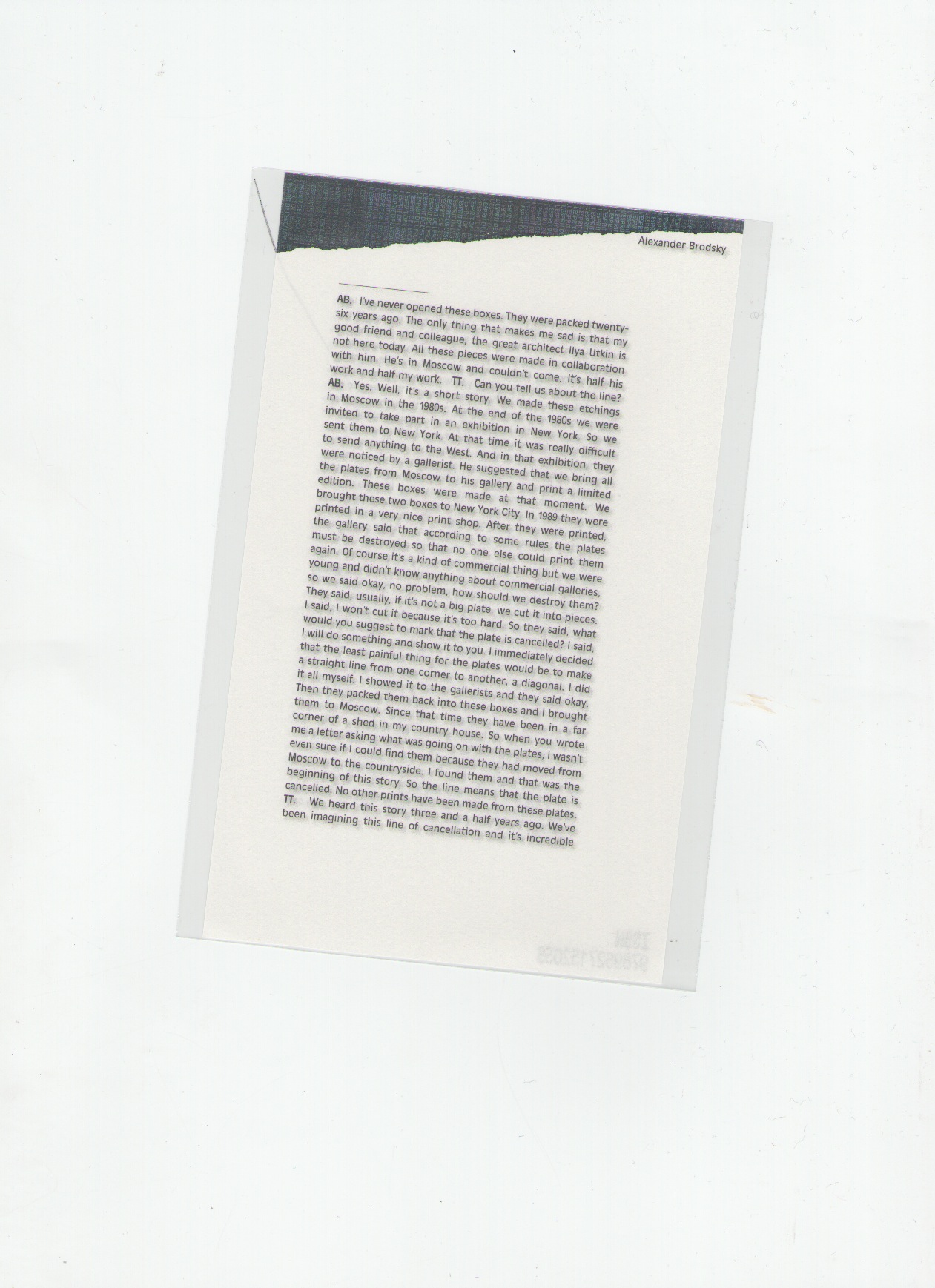