PRECIADO, Paul B.
Can the Monster Speak?

November 2019, Paul Preciado was invited to speak in front of 3,500 psychoanalysts at the École de la Cause Freudienne's annual conference in Paris. Standing in front of the profession for whom he is a “mentally ill person” suffering from “gender dysphoria,” Preciado draws inspiration in his lecture from Kafka's “Report to an Academy,” in which a monkey tells an assembly of scientists that human subjectivity is a cage comparable to one made of metal bars.

Speaking from his own “mutant” cage, Preciado does not so much criticize the homophobia and transphobia of the founders of psychoanalysis as demonstrate the discipline's complicity with the ideology of sexual difference dating back to the colonial era—an ideology which is today rendered obsolete by technological advances allowing us to alter our bodies and procreate differently. Preciado calls for a radical transformation of psychological and psychoanalytic discourse and practices, arguing for a new epistemology capable of allowing for a multiplicity of living bodies without reducing the body to its sole heterosexual reproductive capability, and without legitimizing hetero-patriarchal and colonial violence.

Causing a veritable outcry among the assembly, Preciado was heckled and booed and unable to finish. The lecture, filmed on smartphones, was published online, where fragments were transcribed, translated, and published with no regard for exactitude. With this volume, Can the Monster Speak? is published in a definitive translation for the first time.[publisher's note] 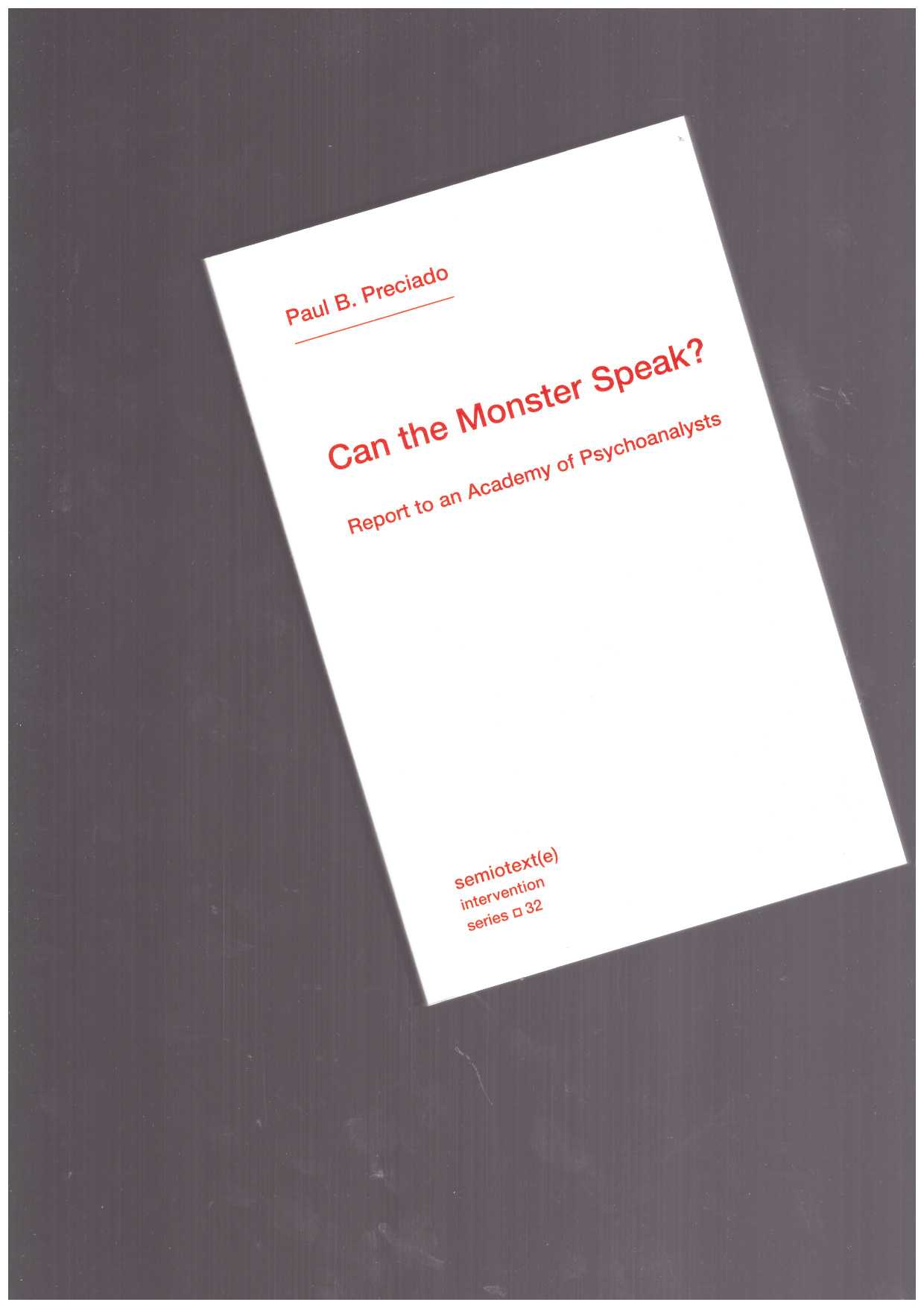