In the decades preceding the Stonewall riots—in the wake of the 1948 publication of Alfred Kinsey’s controversial report on male sexuality and in the midst of a cold war culture of suspicion and paranoia—discussions of homosexuality within the New York art world necessarily circulated via gossip and rumor. Between You and Me explores this informal, everyday talk and how it shaped artists’ lives, their work, and its reception. Revealing the “trivial” and “unserious” aspects of the postwar art scene as key to understanding queer subjectivity, Gavin Butt argues for a richer, more expansive concept of historical evidence, one that supplements the verifiable facts of traditional historical narrative with the gossipy fictions of sexual curiosity.

Focusing on the period from 1948 to 1963, Butt draws on the accusations and denials of homosexuality that appeared in the popular press, on early homophile publications such as One and the Mattachine Review, and on biographies, autobiographies, and interviews. In a stunning exposition of Larry Rivers’s work, he shows how Rivers incorporated gossip into his paintings, just as his friend and lover Frank O’Hara worked it into his poetry. He describes how the stories about Andy Warhol being too “swish” to be taken seriously as an artist changed following his breakthrough success, reconstructing him as an asexual dandy. Butt also speculates on the meanings surrounding a MoMA curator’s refusal in 1958 to buy Jasper Johns’s Target with Plaster Casts on the grounds that it was too scandalous for the museum to acquire. Between You and Me sheds new light on a pivotal moment in American cultural production as it signals new directions for art history. 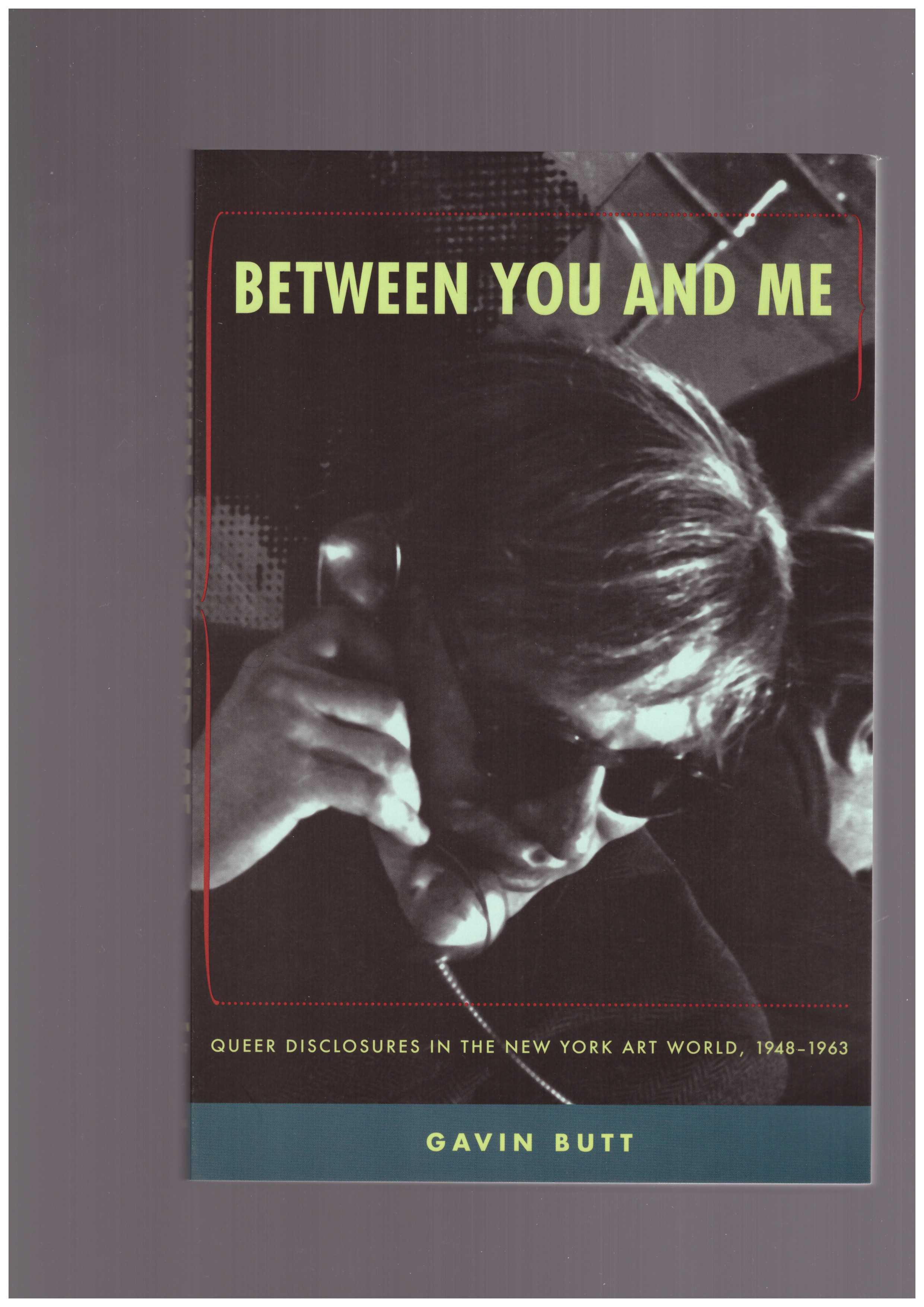