STEVENSON, Michael; VERWOERT Jan
Animal Spirits - Fables in the Parlance of Our Times

In March 2008 the artist Michael Stevenson self-published a slender document entitled “Fables” to accompany his project “Lender of Last Resort” at the Kröller-Müller Museum in the Netherlands. It was a series of some nine texts in fable form, and each suggested further allegorical readings on a tableau the artist assembled in the museum. All were co-written by Stevenson and the art critic Jan Verwoert. The project itself was developed around the notion of the bilateral loan contract, both in the financial sense, but also regarding the museological. A loan is perhaps best defined as an inter-temporal transfer of value through time. It is probably the oldest financial instrument, dating at least from the birth of writing. Some of the first ever written documents describe loans, bad loans in fact (default being the real reason the record has remained). The tableau itself was constructed from objects related to the founding of the museum, a process that unfolded in and among the banking crisis of 1924. The publication was only available in the space itself and has long since been out of print.

Animal Spirits: Fables in the Parlance of Our Times is an artist's book by Michael Stevenson and Jan Verwoert which expands upon the themes of this earlier document and re-examines them more specifically in the light of our current times. It is based on a collaborative process, a process that resembles a game. Stevenson and Verwoert developed a working method in which plot structure remained open, a kind of partial exquisite corpse, i.e. text fragments passed back and forth without prior discussion as to any through line. These stories were co-illustrated in a similar way by the artist and Margaret Stevenson, his mother—the moral guide; the results were then made into a publication by Christoph Keller. A page at the end of the book announces the contributors thus: artist, mother, critic, and spirit maker.

The stories themselves take classic fable form and so most are concerned with arrangements between two parties or what could be called informal bilateral contracts. Galvanized and translated within parallel realities they produce a world in which the Beginning of the World has a voice and dares to question the might of the Bull. A world where the Shareholder sips wine at the dinner table with the Jackal, and the Lion, in a crisis, calls on his Hairdresser for council in matters of sovereign security. “Haircuts … Severe haircuts!” 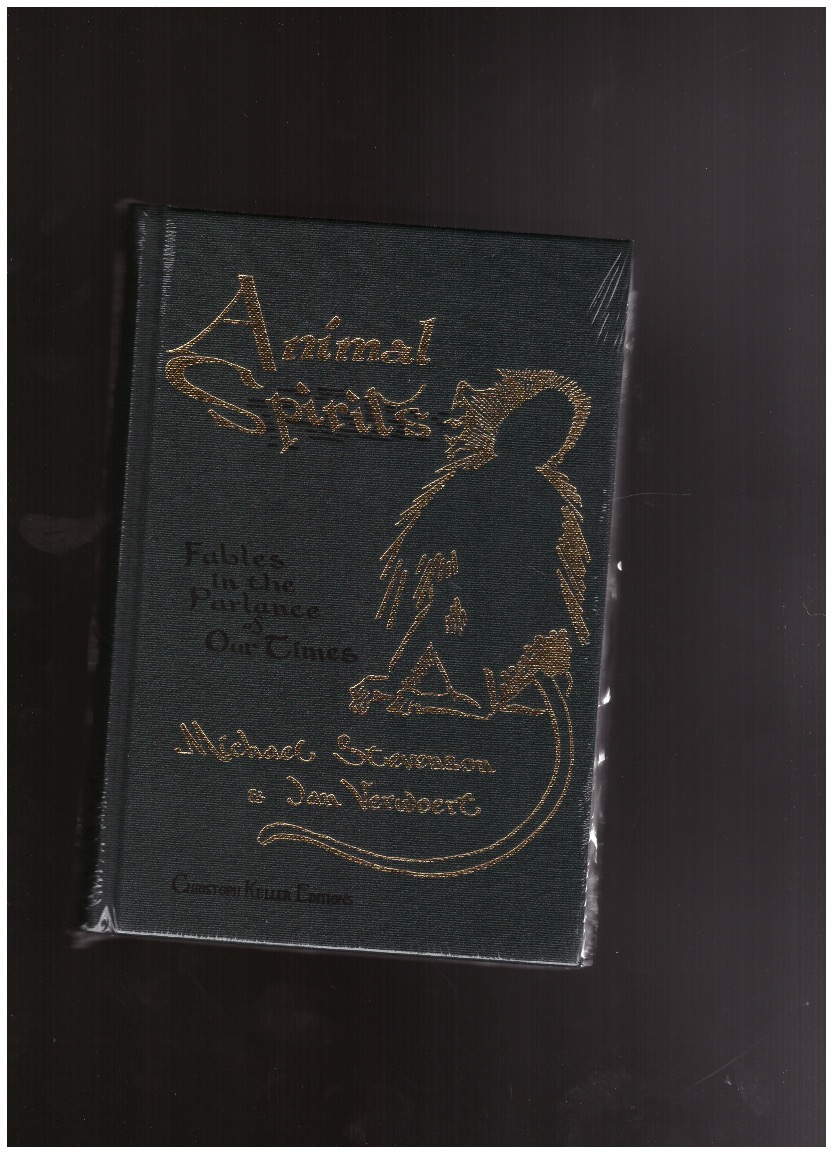