MAYER, So
A Nazi Word for a Nazi Thing

In an era where identity politics is being weaponised against the very people it has sought to make visible, how can we reclaim complexity?

In 1937 the Nazis staged an exhibition of seized modernist artworks. Named Entartete ‘Kunst’ – Degenerate ‘Art’ – it sought to define degeneracy, display it and destroy it.This act of violent appropriation is one episode in a long and ongoing history of the erasure of queer and non-normative cultures.

A Nazi Word for a Nazi Thing works against this erasure; it is a manifesto – a catalogue for an exhibition that could never take place. Drawing on work from dissident sexologist Magnus Hirschfeld to South African artist Zanele Muholi, as well as a century of queer cinema from Sergei Eisenstein to Pedro Almodóvar, So Mayer creates an archive of resistance. [publisher's note] 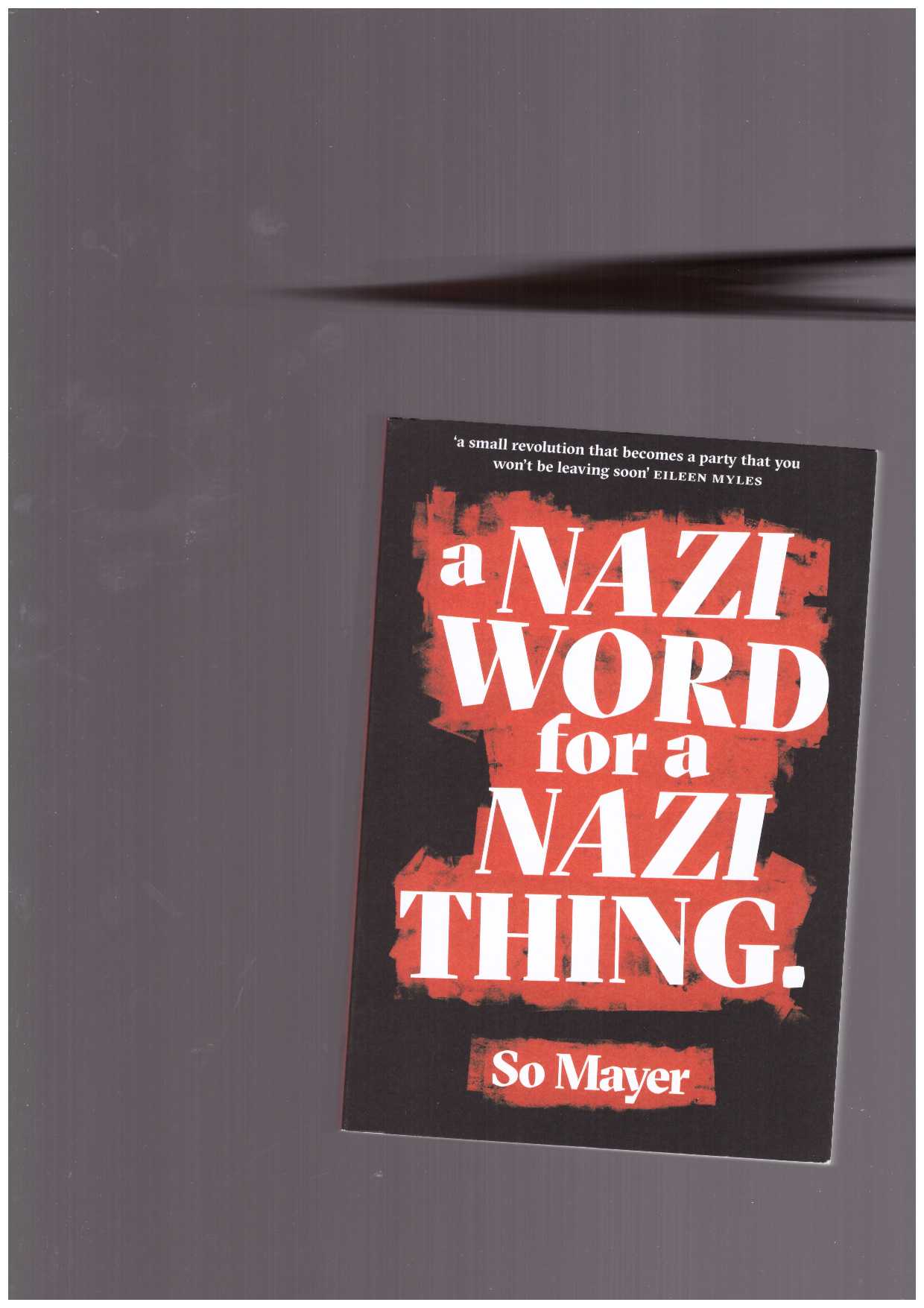