A book consisting of a list of students enrolled in Michael Asher’s Post Studio Art class at CalArts, semester by semester, from 1976 until 2008. In memory of Michael Asher.
Post Studio Art met on Fridays to critique and discuss work presented by students. The class began at 10 AM and continued into the evening, often ending at 8 PM, 10 PM, and occasionally even later. The group continued the conversation until there was nothing more to say. By throwing out the clock, Michael Asher opened up a space for engaged consideration and questioning that proved fundamental to the thinking and practice of the artists and others who took part. The book includes a short introduction and seven appendices.

Produced by Leslie Dick and Adriano Pedrosa, it was printed on Riso by Golden Spike Press, which is run by current CalArts students, and designed by Michael Ray-Von 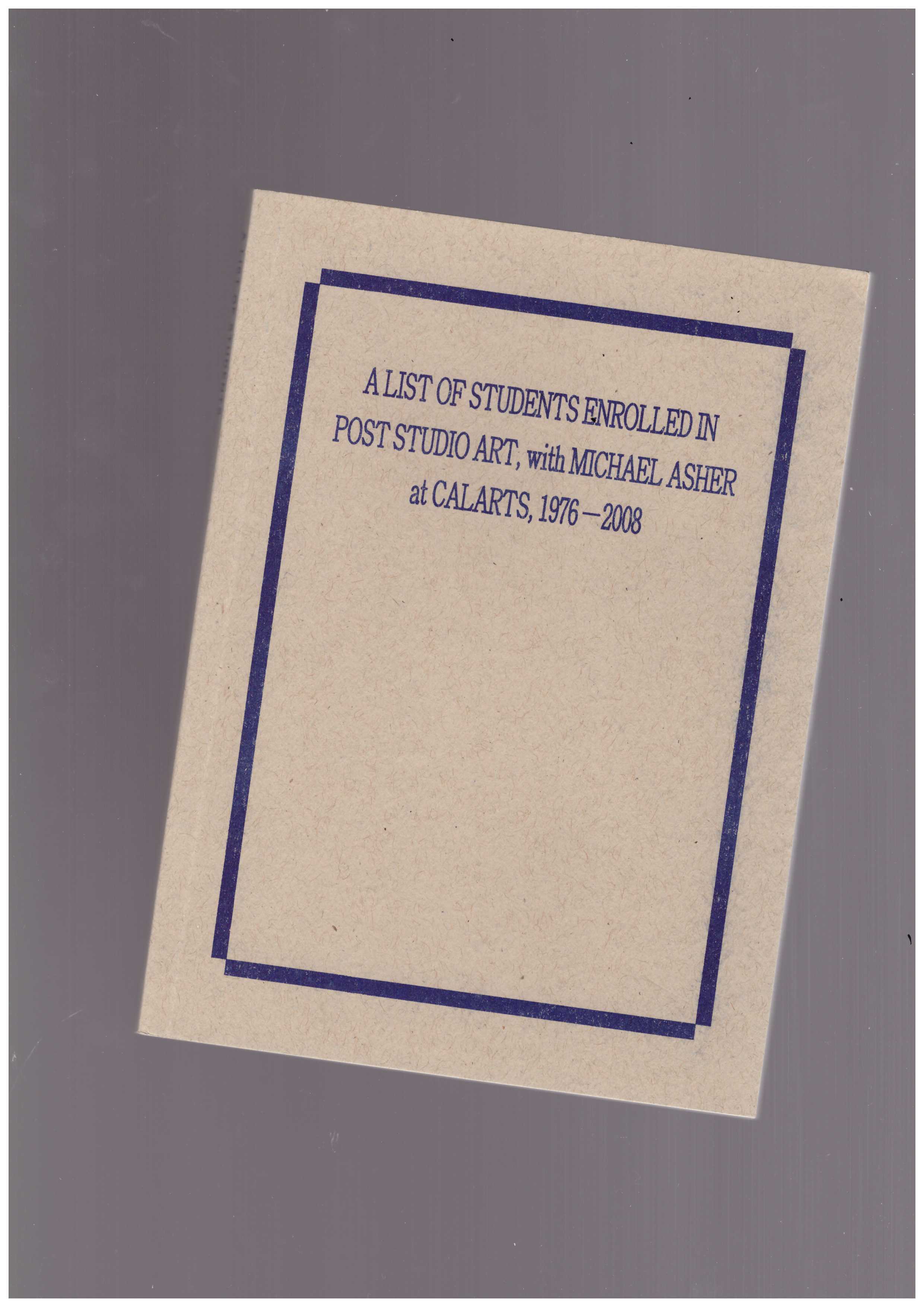