This publication gathers a 20-page booklet and an audio CD. The booklet contains the text, “A Fluxus Essay,” from 1979, in which Dorothy Iannone gives an account of her relations with Fluxus and its membres over the 1960’s and the 1970’s. The CD is a transfer from a recording made by Dorothy Iannone in Berlin, also dating from 1979. The text and the original tape were part of Iannone’s work A Fluxus Essay And An Audacious Announcement, a photograph of which is repoduced on the cover of the booklet. 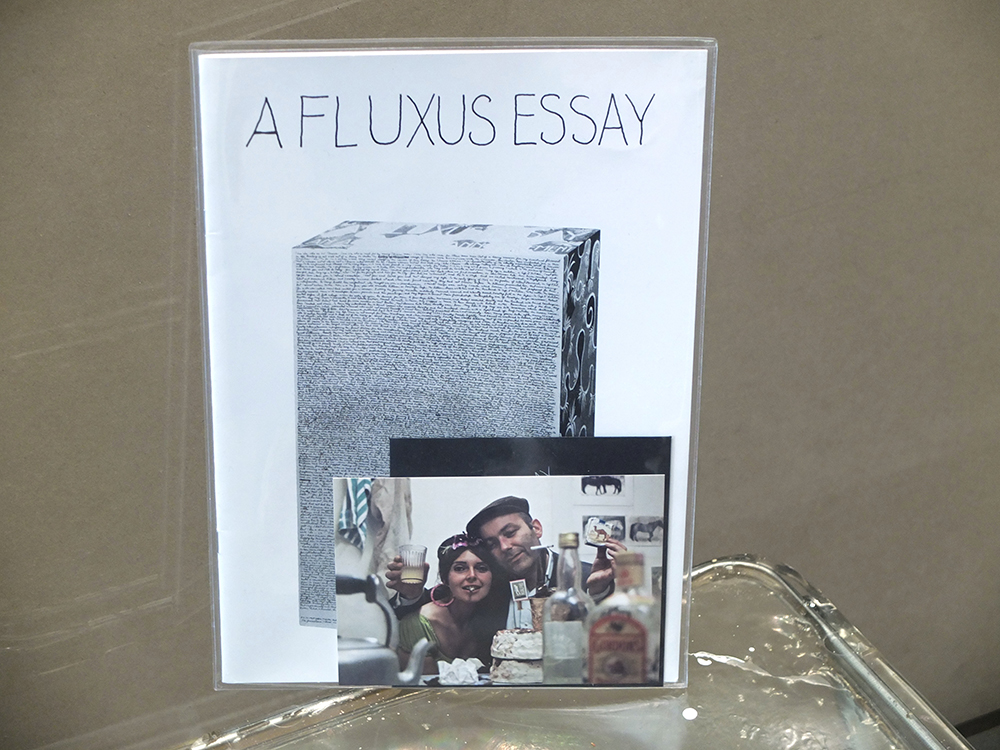 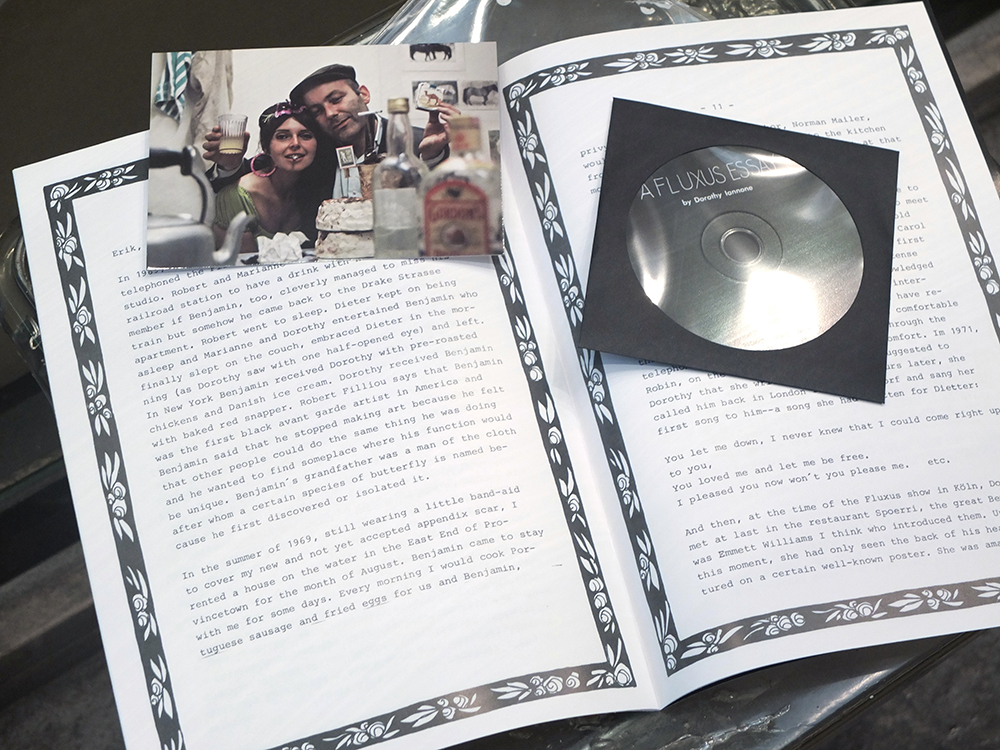