Tuesday’s Child was a short-lived “ecumenical, educational newspaper for the Los Angeles occult underground” published in Hollywood between November 1969 and May 1970. This ragtag weekly produced an eclectic and electric array of material: exposes on CIA activity in LA, a run-in with the Coast Guard at Alcatraz, lurid cartoons, demonology lessons, tips on starting your own coven - all threaded in an acerbic, lysergic vein.

Conspiracies abound in this second volume, which collects both the busiest period of Tuesday's Child brief blaze as well as its waning days, featuring reportage of the Manson Trial while it unfolded over a paranoid, hazy LA as well on-the-ground vantages of radical and revolutionary movements across the county and original comix, esoteric diagrams, collages, and posters.

Fifty years on, this volume stands as the tabloid’s first complete physical compilation and a fascinating primary perspective on some of the most tumultuous times in American history. [Publisher’s note] 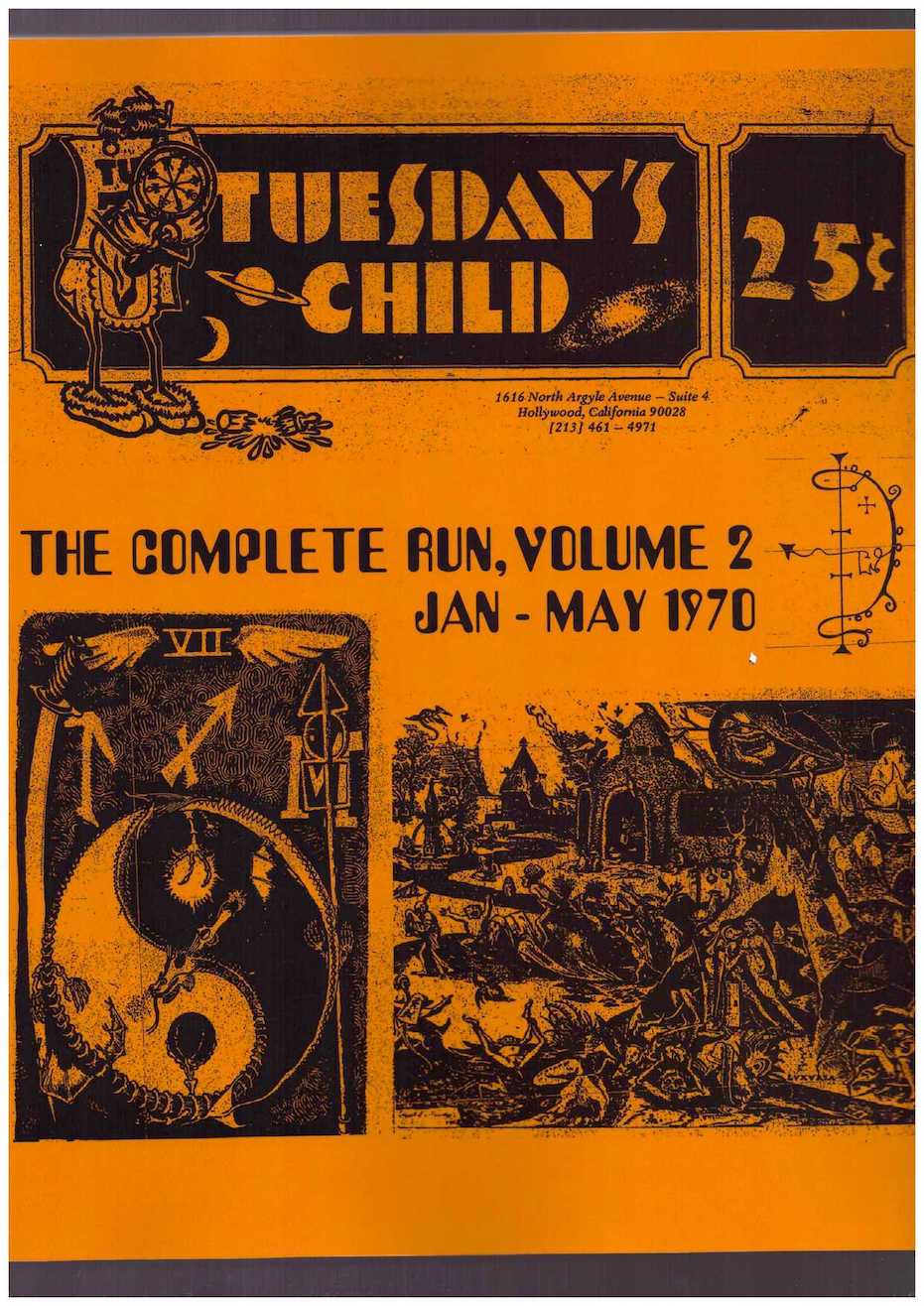