The document is a transcribed conversation between Mao Zedong and the Central Group for the Cultural Revolution with the five most famous Red Guards leaders, which took place on 28th June 1968 at Beijing University.

This unique historical document is presented with detailed annotations by the translator of the text Andrea Piazzaroli Longobardi, who has given historical insight into the complex relations within the Cultural Revolution.
Both the foreword and afterword to the document are written by Alessandro Russo, a theoretician and sinologist, whose work on the Cultural Revolution has given a fresh philosophical perspective for grasping the subjective dimension of this antagonistic episode in modern politics. By discussing the document as a ‘script’ for a stage performance, Russo claims that the artistic approaches, rather than the supposed classical socio-historical scholarly wisdom, are better qualified to “look at the document as deeply subjective, that is, as intrinsically political.” [publisher's note] 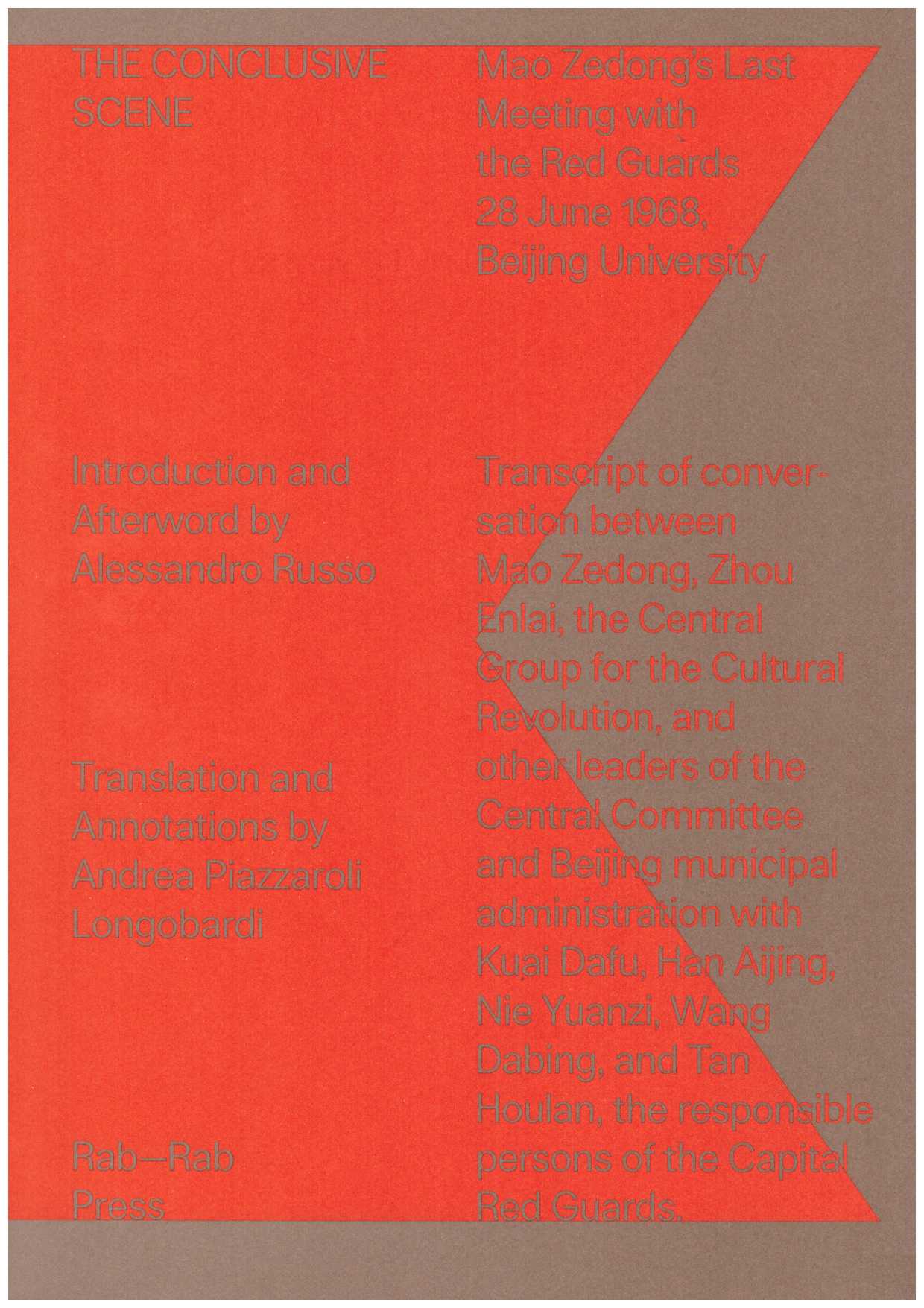