"It is true that I had accumulated a lot of cultural capital, but like so many others I had never found a way to convert it into cash."

With this first sentence of Planned Obsolescence—A Retrospective, the anonymous narrator—suspiciously similar to the book's author—begins a rhythmical rant, a 100-plus-page long exercise
in repetition, variation, and a severe lack of punctuation. In this monologue spoken by a voice who could equally be the narrator or the hordes of others in the same position, he makes up bad excuses for why his career as an artist and writer hasn't taken off as planned; he explains why he prefers to work in a bar rather than produce new artworks; and he moans over the conversion of Europe's picturesque cities into expensive theme parks for tourists due to low-cost flights and Airbnb. Finally, he dreams up a way to halt the extreme inflation of cultural capital and make the world a better place. Spoiler alert: it doesn't work. 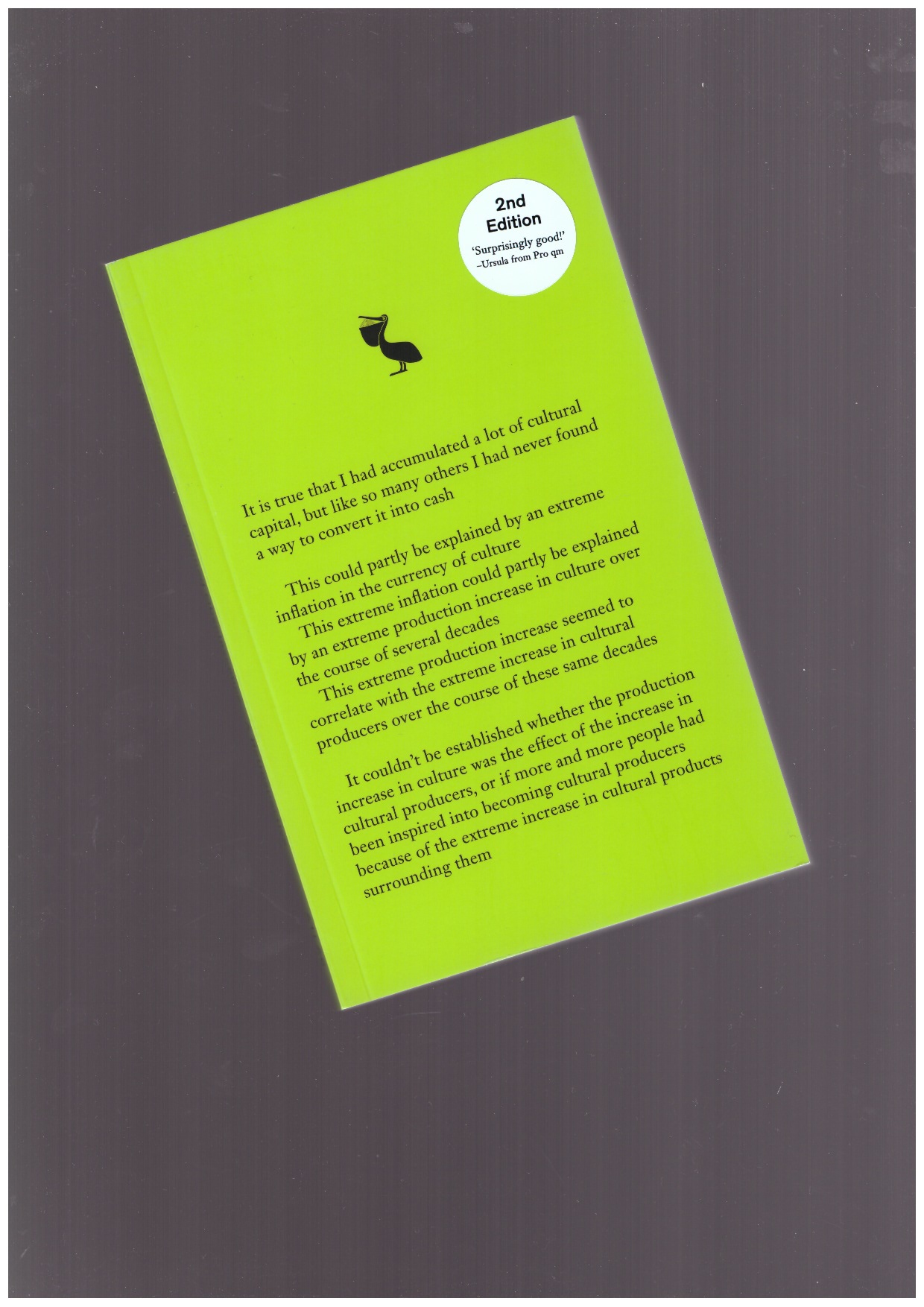